Marseille cling on in Salzburg to reach Europa League final

Rolando was the unlikely hero as the Olympique de Marseille defender scored the decisive away goal to take the Ligue 1 Conforama side into the UEFA Europa League final despite a 2-1 defeat to RB Salzburg on Thursday.

THE MATCH
Marseille headed to Austria with a two-goal advantage after last week's first-leg triumph, but against a team that had already seen off Borussia Dortmund and Lazio en route to the last four, the visitors could not rest on their laurels.

A Morgan Sanson shot that flew just wide (17') was all OM could muster before the break as both sides felt each other out before stepping up the tempo and their efforts after the interval.

Lucas Ocampos (46') and Valère Germain (49'), leading the line in the absence of the injured Kostas Mitroglou, both had efforts at goal before the hosts seized the initiative.

Amadou Haidara's second goal of this season's competition reduced the Austrians' deficit to one (53') before Bouna Sarr's unfortunate own-goal - the Marseille wing-back stuck out a foot to send Xaver Schlager's off-target shot into his own net (65') - levelled the aggregate scores.

Marseille were rattled, and they needed goalkeeper Yohann Pelé to keep out Hee-Chan Hwang's shot following Valon Berisha's smart backheel (71'). Florian Thauvin sent a looping header off the crossbar (73'), but the hosts had the momentum heading into extra-time.

Pelé brilliantly kept out Salzburg, pushing away Duje Caleta-Car's powerful header (99'), and the stop's value was doubled when Rolando, who had replaced Sanson on 101 minutes, connected with a Dimitri Payet corner, sending the ball low past Alexander Walke (116') to take OM into the final against Atletico Madrid in Lyon on 16 May.

THE PLAYER: Yohann Pelé
The former Toulouse goalkeeper has had a huge number of obstacles to overcome to get this far, and again showed he is so much more than just number two to Steve Mandanda. Without his saves, particularly the one in extra-time, Marseille would not be going through. 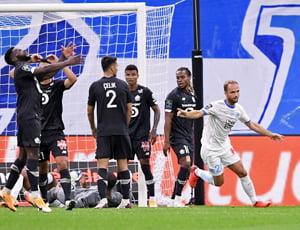 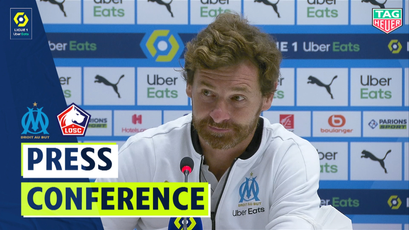