Records for PSG, Europe for Rennes?

With another domestic quadruple in the bag, Paris Saint-Germain host Europe-chasing Rennes at the Parc des Princes on Saturday evening.

PSG may have wrapped up all the trophies on offer on the French season but they still have some records in their sights before Unai Emery leaves the club in the summer. PSG are on 92 points, four points off the record they posted when winning the title under Laurent Blanc in 2016.

It will be tough - though not impossible given the club's attacking prowess - to match or beat the 118 goals record for a season held by RC Paris since 1960. PSG are currently on 108 goals. PSG have already equalled Monaco's record of 52 points posted at home last season.

Emery: "The team has played well this season"

Emery's Paris Saint-Germain picked up the Coupe de France trophy on Tuesday evening thanks to a 2-0 win over third-tier Les Herbiers at Stade de France with Giovani Lo Celso and Edinson Cavani scoring the goals. Speaking after the game, Emery assessed the club's season: "We won a trophy here and trophies are our objective. I'm happy with the season. We can talk about little negatives like the Champions League but my view is that the team has played well this season and has always tried to score goals. That is why I am happy. As for my personal future, we'll look at that later."

Cavani, Ligue 1 Conforama's top scorer with 28 goals, will in all likelihood fall short of the remarkable 35 he plundered last season. The Uruguayan hotshot, nicknamed El Matador, used the Coupe de France celebrations to respond to speculation as to his future.

Cavani, 31, said: "Over time I have built up a really warm relationship with the fans that runs both ways. I'm very happy about that. I'm very happy with our fans and I'm happy to be here. Is my future at this club Of course."

Rennes' European prospects were boosted without playing on Tuesday as the victory for PSG in the Coupe de France means that sixth place in the Ligue 1 Conforama table is now a European finish. Sabri Lamouchi's side are fifth on 54 points and three points clear of seventh-placed Nice.

Rennes have lost only one of their last 12 Ligue 1 Conforama outings, winning six and drawing five. Last weekend they were 2-1 winners at home to Strasbourg in a match in which Lamouchi had to improvise, playing Adrien Hunou at centre-forward because Diafra Sakho and Wahbi Khazri were unavailable.

Hunou repaid his coach with a fine goal as the Breton club maintained their impressive form of late. Lamouchi said after the Strasbourg success: "I'm very proud of the attitude of my players. Winning two home games in a row against clubs fighting the drop is impressive. We're on a good run and ever since I came in as coach the players have listened to me and they've put the work in. The players have done many good things and Rennes has evolved as a club."

Just how far that evolution stretches will be tested as Rennes take on a club that beat them 4-1 and 6-1 in first the league and then the Coupe de France either side of Christmas. 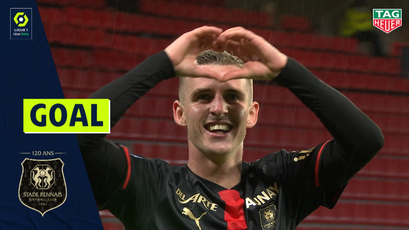