Paris Saint-Germain head to FC Nantes on Tuesday looking to extend their lead at the top of Ligue 1 Conforama to a provisional 15 points, but they may be set to so without either Neymar Jr. or Kylian Mbappé…

Neymar celebrated his 28th birthday on Sunday and even if coach Thomas Tuchel had not been in generous mood he would have been forced to give the Brazil star a rest due to a rib injury sustained in Saturday's 5-0 demolition of Montpellier Hérault SC.

The reason for Mbappé's potential absence is rather different. The 21-year-old scored the fourth of PSG's five goals at the Parc des Princes - ably assisted by Neymar - before visibly objecting to his replacement by Mauro Icardi 10 minutes later, although Tuchel has downplayed any suggestions of discord in the camp.

"Kylian doesn’t like coming off, no player does," he explained. "It doesn't look good but we're not the only club where players react like that. I'm the coach, someone who has to decide. I'll always make decisions based on sporting reasons. This is football, not tennis, and you need to have respect for everyone."

Tuchel said he would "sleep on" his decision, but Edinson Cavani is pushing to start should the French World Cup winner be rotated, with a move to Atletico Madrid during the winter transfer window having fallen through.

Defensively, Tuchel could pick a coherent back four of absent players, with Thiago Silva, Marquinhos, Juan Bernat and Colin Dagba all struggling with injury. Thilo Kehrer and Abdou Diallo are likely to start at full-back having remained on the bench throughout the Montpellier rout.

PSG are overwhelming favourites regardless of who lines up at the Stade de la Beaujoire. The champions have won 18 of their last 19 matches against Nantes in all competitions and have scored at least two goals in each of their last 10 games in Ligue 1 Conforama.

Nantes begin the day in ninth having lost back-to-back league games, the latter of which was particularly painful for Les Canaris. Christian Gourcuff's men twice led Derby de la Bretagne rivals Stade Rennais FC on Friday but were edged 3-2 after two injury-time goals by their hosts. Tuchel's opposite number remains upbeat, though.

"It wasn't all negative, far from it," he said. "We can turn this frustration into a desire to win. I'm happy to be at Nantes because these kinds of games give meaning to what we do. PSG is a game apart. They have a high technical level and it'll be difficult. We'll have to be very good collectively."

Nantes welcome Andrei Girotto back from suspension, and he could slot into centre-back beside Molla Wagué. Gourcuff remains without Kalifa Coulibaly, Nicolas Pallois and Fabio die to thigh, groin and knee injuries respectively, however. 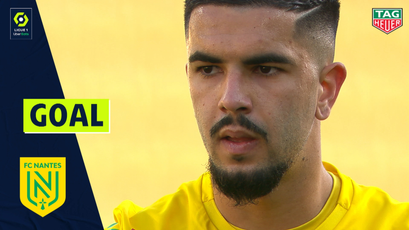