OM to bounce back at LOSC?

Olympique de Marseille will attempt to bounce back from the end of their 16-match unbeaten run when they go to LOSC on Sunday evening.

OM fell 1-0 at Olympique Lyonnais in the quarter-finals of the Coupe de France on Wednesday evening but this weekend have the opportunity to extend their unbeaten league run to 14 matches. Dimitri Payet, OM's attacking inspiration with eight league goals, could be fit to face his former club despite being forced off against OL in the 73rd minute with a hamstring twinge.

After going down to Houssem Aouar's late goal for OL in midweek, OM coach André Villas-Boas said: "It was our only chance to win a trophy this season and we're sad because I wanted to be involved in the competition until the end. The main objective is the league and we're going to keep going. Now we'll be able to focus on the league and we'll have time to prepare for games and for the team to recover. We're going to prepare for Lille, and we can relegate them to 12 points behind us if we win on Sunday. We've done a really good job up until now."

Strootman: "We must qualify for the Champions League"

Dutch international midfielder Kevin Strootman, who celebrated his 30th birthday on Thursday, conceded: "We wanted to win a trophy but if it's not to be this year then it will happen another year. Sunday's match is the most important one for us. We must qualify for the Champions League."

OM haven't featured in Europe's top continental competition since an abject showing in the 2013-2014 group stage when they failed to claim a single point and Villas-Boas is determined to get the club back to the top table. Duje Caleta-Car and Jordan Amavi are available to face LOSC after missing the OL clash through suspension, while Steve Mandanda, Dario Benedetto and Nemanja Radonjic all hope to feature after injury. Goalkeeper Mandanda will be particularly determined to feature as OM attempt to extend their proud record of being the only club in Europe's five major leagues not t concede in 2020.

LOSC have won seven of their last ten league matches, powering last season's runners-up to fourth in the table ahead of Round 25. Christophe Galtier received a major boost in midweek as top scorer Victor Osimhen returned to training after being stretchered off in a goalscoring display in the 2-0 success at Angers last weekend. The Nigerian international has scored 12 goals this league season and him being fit is vital to a team that will be depleted as Benjamin André, Xeka and Gabriel are all suspended.

After the three points at Angers, Galtier commented: "I don't want to talk about the podium because there are still a lot of games to be played. It's still too early and the league's very tight. We're a team of variable geometry. It's great to have had a week like the one we've just had with three wins in a row but it's too early in the league season to proclaim we're going to fight for third place." 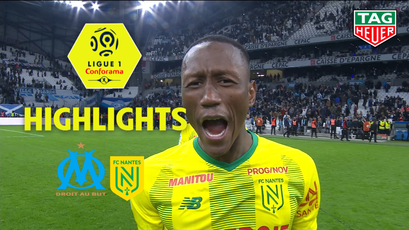 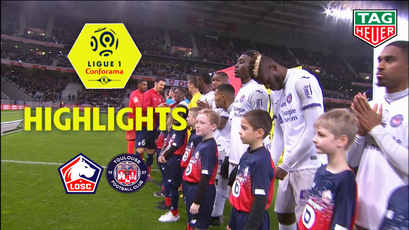