A huge admirer of Tom Brady, Monaco midfielder Adrien Silva fell in love with American football at the age of 15. The Portuguese international reveals all to ligue1.com…

Adrien Silva, what does American football mean to you?

"It's one of my favourite sports. The variety of offensive and defensive strategies in the sport is incredible. American football groups together several factors that please me like physical contact, the speed of it… It's clearly my favourite sport outside of football."

Since when have you been interested in the sport?

"I discovered American football at the age of 15, during a trip to Boston at the start of the 2000s. I had the fortune to go to a basketball game and a New England Patriots American football match. I immediately became a fan of the team led by Tom Brady."

Is he your favourite player?

"Of course, he was the 'Pats' quarterback. I loved the duo he formed with the tight end Rob Gronkowski. Apart from Tom Brady, Randy Moss was also one of my heroes. He played wide receiver for the 'Pats' at the start of the 2000s. In the current team, I really like Julian Edelman."

After 20 years at the franchise, Tom Brady has just left the New England Patriots. That must have been a shock to you!

"I was disgusted to learn that he was leaving for theTampa Bay Buccaneers and I didn't believe it (laughs). It's sad that the Patriots let him go after all he's done. But I'm very curious to see what he'll be like in a different organisation and to see the results he'll get over there."

Do you regularly watch matches?

"Yes, when I'm not playing on a Sunday evening I like to watch regular season NFL games. If I can't watch the matches on the TV then I get the results on the internet as they come in. The match I never miss is the Super Bowl! I've often seen the Patriots play in it."

Have you had a chance to try American football?

"I've often played, but the Madden video game! Apart from that I haven't had a chance to give it a go. I've often tried out throwing long passes and done a fe moves but nothing more than that."

Since your trip to Boston, have you been able to see another game at the stadium?

"Unforrtunately not since that match at Gillette Stadium… When I played in England, at Leicester, several regular season NFL matches were held at Wembley but unfortunately my diary meant I was never able to go."

American football has starred in several films and series…

"Andy Given Sunday is a classic American football film but more recently I liked the series Ballers with Dwayne Johnson. It's great. The series dives us into the world of American football, the business of it. The actors rub shoulders with real players and you start to understand what goes on behind the scenes in this sport."

Coming back to Any Given Sunday, the film is famous for a scene featuring a team talk given by Al Pacino. Have you been shown that extract to motivate you before one of your games?

"It's a great film but from that to show us the extract… If it's not natural then the message won't come across so well. What makes the speech by Al Pacino so powerful is that comes across as completely natural." 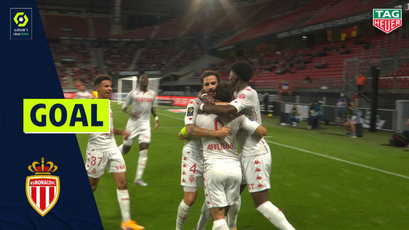