Vieira: 'Schneiderlin is a role model for Nice'

Patrick Vieira is looking to new signing Morgan Schneiderlin to be a leading figure in a youthful Nice dressing room next season.

Schneiderlin, 30, returned to France after 12 years in England, the last eight of which he spent in the Premier League with Southampton, Manchester United and Everton.

The 15-time France international played just three Ligue 1 games for Strasbourg before crossing the Channel in 2008, but with 200 matches in the English top flight under his belt, Schneiderlin will now be someone Vieira's up-and-coming squad should look up to.

"He's a man who the youngsters can really rely on," explained the Nice coach. "He's a great professional. He's one of those players who's an example. He's played at the very top level. As a defensive midfielder, he sacrifices himself a lot for his teammates. He gets through a lot of work. He's able to set the tempo and dictate our play thanks to his technical ability. He's going to contribute on and off the pitch. I'm putting a lot of pressure on him [laughs]."

🎥 A first training session for Gouiri with his new teammates, followed by the presentation of the new players to the press...
Check out all the action with our 5️⃣ new Aiglons 🔴⚫ pic.twitter.com/oYiIg2s6Ue

Schneiderlin is — along with Hassane Kamara, Amine Gouiri, Robson Bambu and Flavius Daniliuc — one of five summer recruits brought to the Côte d'Azur by the ambitious club, who will not simply splash the cash of owners INEOS.

"What's important is to have players who match our game philosophy," said Vieira. "The aim was to improve the squad in relation to the weaknesses we'd identified: competitive spirit, technical quality in the last 30 metres, aggressiveness and experience. I'm convinced we have what it takes to do a good job."

"We don't intend to spend a lot of money," added club president Jean-Pierre Rivere. "We have a track record and we take the players who allow us to reach this level in terms of their quality and their state of mind. We want a team with character. Just because we have a shareholder with more money doesn't mean we should spend it any old how.

"There are some options that we did not follow up on because the sums of money were too large. The quality of the shareholder allowed us to make a very interesting start to the mercato in the sense that we were able to buy before selling, which is very positive. What is important is not to have a big name but a big team. If the team plays well, performs well and grows, then we'll talk about OGC Nice." 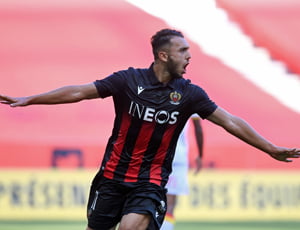 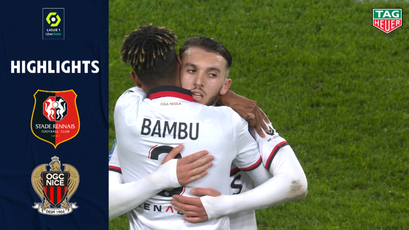