Édouard Mendy: 5 things on the Rennes and Senegal goalkeeper

Édouard Mendy: 5 things on the Rennes and Senegal goalkeeper

Stade Rennais FC's No.1, Ferland Mendy's cousin, and the owner of more clean sheets than your average Hilton hotel, what else is there to know about the hulking Senegalese shot-stopper?

Mendy may now be the toast of French football having helped Rennes qualify for a first-ever UEFA Champions League campaign, but it wasn't always so straightforward for the now 28-year-old.

Born in the Norman town of Montivilliers in the far north of France to a Senegalese mother and Bissau-Guinean father in March 1992, Mendy joined the fabled Le Havre AC youth academy at the age of 13, but after a season of playing second fiddle to former France youth international Zacharie Boucher he dropped down the levels to gain playing time with CS Municipaux Le Havre. AS Cherbourg took a gamble on Mendy's talent when he was 19, and three seasons later, after some impressive performances in the Championnat National, Olympique de Marseille acquired him to be their third-choice goalkeeper behind Steve Mandanda and Yohann Pelé - or so he thought. After spending the 2015-16 campaign stuck behind Florian Escales in Marseille's reserves, Mendy's career only really turned the corner when he joined Stade de Reims in the summer of 2016.

He may have been three months past his 24th birthday when he signed his first professional contract, but Mendy was soon making up for lost time…

Mendy made his Ligue 2 BKT debut that August, replacing Johann Carrasso after the incumbent No.1 had been sent off five minutes into the opening day 1-1 draw at Amiens SC. By now an imposing 6'6"-tall shot-stopper, Mendy kept three clean sheets in his subsequent seven games, and by the start of 2017-18 season he was made first choice on a full-time basis. It was one of a number of shrewd decisions by Reims coach David Guion, and the following season the club romped to the Ligue 2 title. Jordan Siebatcheu and Pablo Chavarria may have combined for 31 goals, but at the other end Mendy was utterly miserly to opposition attackers. Reims only conceded a league-best 24 goals with Mendy boasting 18 shut-outs from his 34 games.

Some commentators may have backed Reims for a quick return to the second tier, but the 1956 and '59 European Cup runners-up had other ideas, and Mendy was quickly turning heads in the top flight too. Fifteen games into the season he had kept nine clean sheets - one more than Liverpool's Alisson Becker - and he ended the campaign as Reims' Player of the Year as well as making the shortlist for league's Goalkeeper of the Year.

By now, Mendy's star was belatedly but undoubtedly on the rise, and he made the five-hour journey west across France to sign with Rennes last August. The Bretons had qualified for the UEFA Europa League by virtue of winning the previous year's Coupe de France, but the feeling was that they could do better than their 10th-placed league finish, conceding 52 goals, more than all but Nîmes Olympique in the top half of the table.

Czech Republic goalkeeper Tomas Koubek had been sold to Bundesliga outfit Augsburg, and although Mendy was signed to be the new No.1, he had to wait until three games into the season to make his Rouges et Noir debut, a broken finger holding up his by now otherwise unstoppable progress.

His debut was worth the wait. Mendy pulled off save after save - including a penalty stop against Jonas Martin - as Julien Stéphan's men escaped RC Strasbourg Alsace's Stade de la Meinau with a 2-0 win. It was the first of nine clean sheets from 24 league matches for Rennes before the season was truncated due to the coronavirus pandemic; and a significant reason they averaged 1.79 points per game to finish third and qualify for the 2020-21 Champions League.

Accordingly for a Frenchman born to parents from two different west African countries, Mendy would have been eligible to turn out for each of France, Senegal and Guinea-Bissau. Boucher may have been on France's radar all those years ago, racking 51 youth international caps while Mendy floundered in the lower leagues, but having recently been released by AJ Auxerre, he would surely trade places today.

Not long after Mendy's club career got back on track, Guinea-Bissau came calling. Three months into his Reims career he was called up for Djurtus friendlies against Portuguese club sides Belenenses and Estoril and then invited to represent them at the 2017 Africa Cup of Nations. He ultimately rejected that path, instead committing to Senegal in 2018. 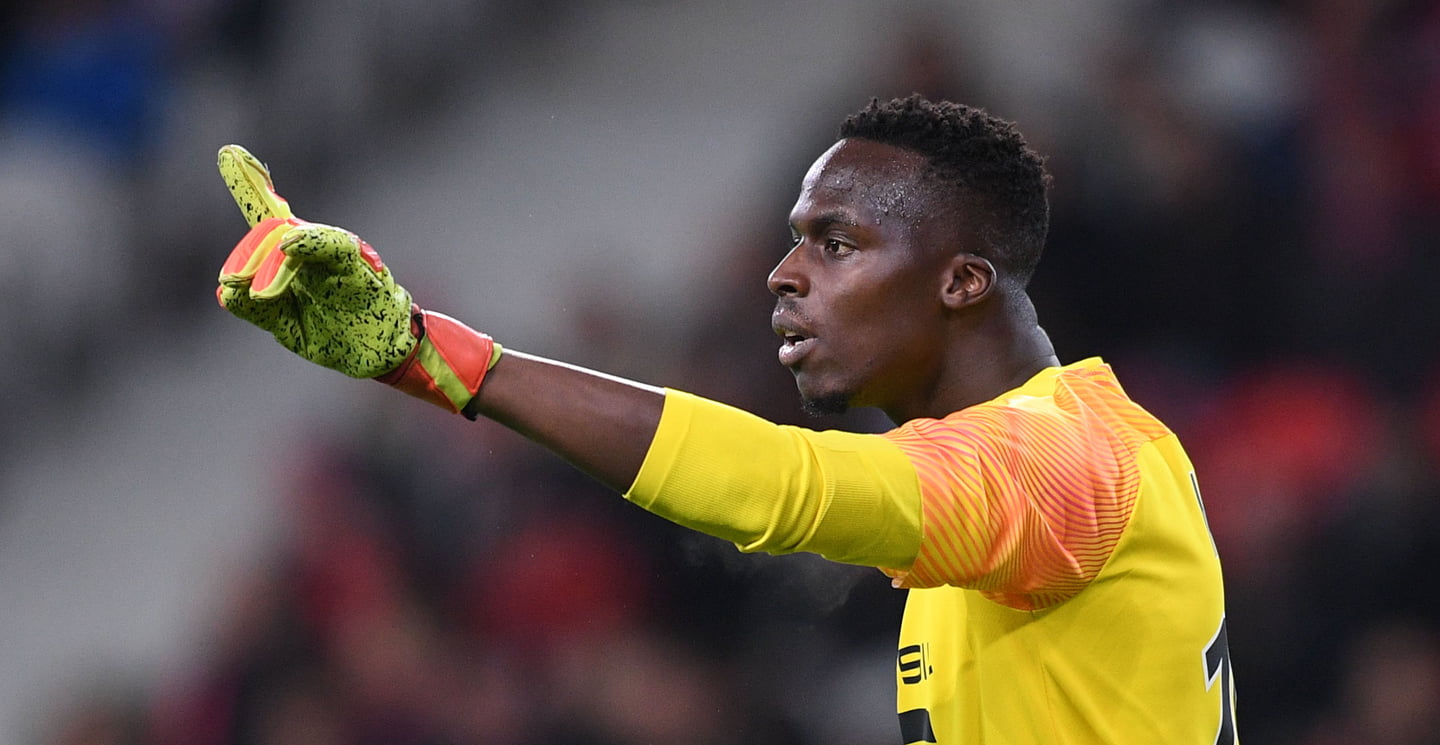 "I rushed a little in evoking this possibility," he later explained of his decision to turn his back on Guinea-Bissau. "I was going through a somewhat complicated personal period. I almost lost my father, of Guinean origin, who was very ill. This decision was to make him happy and not really my choice. I've always wanted to represent Senegal, my mother's homeland. In difficult times, we don't always take the necessary time for reflection and therefore don't always make the right decisions."

Edouard Mendy and former Olympique Lyonnais and current Real Madrid and France left-back Ferland Mendy are reportedly cousins. Born just three years and 100 miles apart, both Mendys are now taking the world game by storm. Like Edouard, Ferland could also have turned out for Senegal as well as Guinea, although his path from Le Havre to the big time was significantly smoother. Ferland spent two years as les Ciel et Marine's first-choice left-back before leaving for Lyon in 2017. After cementing his place in Les Gones' first XI over the next two campaigns and forcing his way into Didier Deschamps' France squad, he was snapped up by record European champions Real at the start of last season. After starting more La Liga games than Marcelo last term, all is going to plan so far.

Edouard's road to the top may have been more long and winding, but there is no question he got there in the end, and Rennes will be hoping there is even more still to come.