He might not have been their most striking signing of the summer, but Dutch defensive prospect Sven Botman has made an early impression in Ligue 1 Uber Eats since joining LOSC Lille.

Botman, 20, signed for Lille from Ajax in July on a loan deal which could turn into a permanent transfer. He is a potential long-term successor to Gabriel, with the Brazilian having left for Arsenal, and Botman has slotted into the heart of the LOSC back four alongside the veteran José Fonte.

The early signs are encouraging with Botman helping Christophe Galtier’s side pick up four points from their opening two matches of the season, a 1-1 home draw with Stade Rennais FC being followed by a 1-0 win away to Stade de Reims just before the international break. The left-sided defender is a towering presence and has already been praised by Galtier for his willingness to learn since arriving at the Stade Pierre-Mauroy.

“The fact that he has an experienced player alongside him in José Fonte allows him to be led, guided and ensures he is in the right positions, and he is very receptive to the little corrections we make to his game during the week in training,” Galtier told L’Equipe.

On Tuesday, Botman made his debut for the Netherlands Under-21 side, starting in their 2-0 home win over Norway in qualifying for next year’s European Championship in the age group. It is a further sign of progress for a player who spent last season loaned out by Ajax to their Eredivisie rivals SC Heerenveen. From the northern Netherlands to northern France, where on Sunday Lille entertain Metz.

Botman was one of three summer signings who started for Lille in their win at Reims, with Turkish veteran Burak Yilmaz and Canadian starlet Jonathan David teaming up in attack. David is the headline new arrival having cost a reported €27 million plus bonuses from Belgian club Gent, but he is still awaiting his first goal for his new club and it was Jonathan Bamba who got the winner at the Stade Auguste-Delaune.

Since their last outing Lille have added a new goalkeeper to their squad, with the experienced Greek international Orestis Karnezis signing from Napoli. He has notably played for Panathinaikos, Udinese and Watford. “I am happy and proud to be here at a club which is growing year on year and which has a very strong team,” said Karnezis, who looks set to provide back-up to Mike Maignan.

Opponents Metz have only played once so far this season, losing 1-0 at home to an AS Monaco side who were left with 10 men for almost half the match at the Stade Saint-Symphorien a fortnight ago. Vincent Hognon’s side then had two planned friendly matches against German opponents called off so instead took on local rivals AS Nancy-Lorraine last weekend, and lost.

That was perhaps not the best preparation for the week ahead, which will also see them visit Paris Saint-Germain on Wednesday before hosting Reims next Sunday afternoon. The coming week could see Malian centre-back Boubakar Kouyaté make his debut after signing from second-tier side ESTAC Troyes. 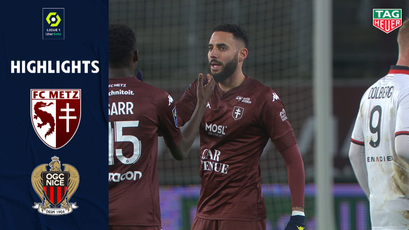 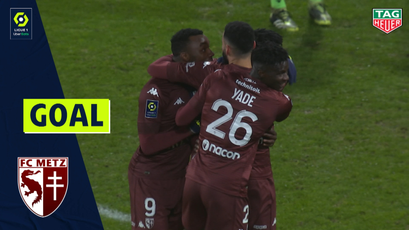