Three Ligue 1 Uber Eats players - Eduardo Camavinga, Mitchel Bakker and Jonathan David - have made it onto the 20-man shortlist for the 2020 Golden Boy Award.

The Golden Boy award recognises the performances of players aged 21 or under in Europe in the last calendar year, with French sports daily l'Equipe among those who cast their votes for December's prize.

The French top flight has been well represented in recent seasons with Kylian Mbappé taking the award in 2017 for his performances with AS Monaco and then Paris Saint-Germain.

The French World Cup winner succeeded Renato Sanches, now of LOSC, who in turn won it after Anthony Martial, who also represented Monaco before leaving for Manchester United in 2015.

Watch: Back when Mbappé was still a rising star

Camavinga was a mainstay for Rennes last season, anchoring their midfield despite his tender 17 years and helping the Bretons qualify for a first ever UEFA Champions League campaign. His senior France career is now already three games in.

Dutchman Bakker joined PSG from Ajax at the start of last season, playing a bit-part role as Thomas Tuchel's men sealed the domestic treble. His playing time has skyrocketed this term though, and he looks to have pulled ahead of Juan Bernat as first-choice left-back

Canadian attacker David plundered 23 goals and 10 assists in 40 games for Gent before his summer switch to LOSC, for whom he is yet to open his account despite a promising start at the Stade Pierre-Mauroy. 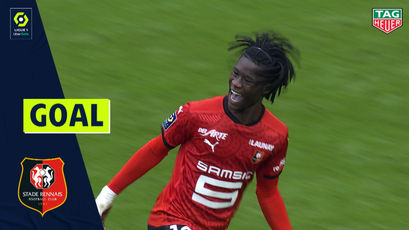 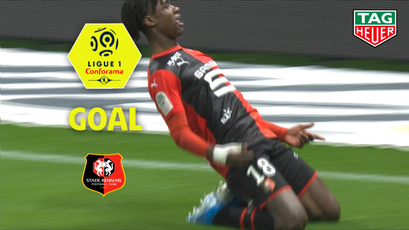