Paris Saint-Germain have started the transfer window with a bang by securing the services of Netherlands midfielder Georginio Wijnaldum on a free transfer. The former Liverpool ace, who was a priority target for Barcelona coach Ronald Koeman, is now linked to the capital cub through to 2024.

Paris Saint-Germain have been looking for a heavyweight midfield signature for a number of seasons and now, in the form of Dutchman Wijnaldum, they have secured the services of just such a player.

The 30-year-old has a wealth of experience with Feyenoord, PSV and of course Liverpool - with whom he won the 2019 UEFA Champions League before helping the Reds to a first EPL crown in three decades in 2020 - as well was the Netherlands, for whom he has earned 75 caps (22 goals).


The box-to-box midfielder is looking forward to this newest challenge, playing alongside world-class talent under a world-class coach.

"My image of the club is, first of all, the unbelievable team they have, the talented players they have. As a football player, you always want to play with with the best players around you and when I look at the team and also when I spoke with the manager, I saw a team full of talented players and big players," said the midfielder whom many expected to make the move to Barcelona, where he was countryman Ronald Koeman's priority target, before he opted for this move to the French capital. "And on top of that, I also saw a manager who can make the players even better and is also capable of bringing all those players together to make a strong, strong team. So that was my first thought. I was like, wow, it would be a good team to join."

Meanwhile the prospect of living in one of the world's great cities, with plenty of silverware in the sights, is also fairly compelling!

"But also, of course, the city. Paris is a great city and a new environment for me. So when you look at Paris you look at a club, a big club with big players who play to win titles. I come here trying to write history with this unbelievable team," said the Rotterdam native. "Hopefully I can help the team win the Champions League, that would be great. But not only the Champions League, it's also about the league and the cup. You just want to win as much as possible for the club and the supporters." 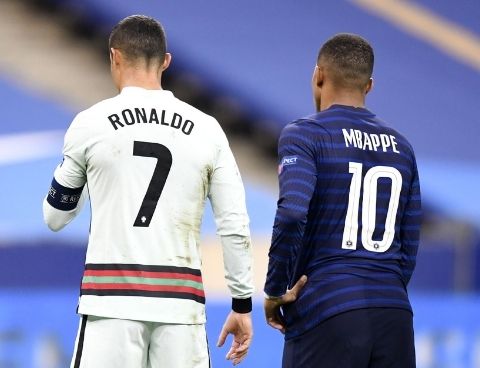