Paris Saint-Germain have announced the signature of Inter right-back Achraf Hakimi on a five-year deal, while arch-rivals Olympique de Marseille have continued their transfer action by bringing in PSG youth academy product Matteo Guendouzi on loan from Arsenal.

Achraf Hakimi has joined Paris Saint-Germain. After signing Georginio Wijnaldum in late June, the capital announced the recruitment of the 22-year-old Moroccan right-back from Inter Milan on Tuesday.

Considered one of the best players in the world in his position, Hakimi has signed a five-year contract and is linked with the capital club through to 30 June 2026. After coming up at Real Madrid and spending two seasons on loan at Borussia Dortmund, he joined the Italian club in July 2020 before delivering a full season (37 games, seven goals and ten assists), taking an active part in the Nerazzurri's 2020-21 title win. He has made 36 appearances for the Moroccan national team and will wear the number 2 shirt for Mauricio Pochettino's side.

"I feel a lot of pride today," said Achraf Hakimi. "After my experiences in Spain, Germany and Italy, Paris Saint-Germain offers me the opportunity to take part in a new championship under the colours of one of the most prestigious clubs in the world. I can't wait to meet my new teammates and the club's the fans and to experience the extraordinary atmosphere at the Parc des Princes. I share the high ambitions held by the staff and the players and will do everything to give my club what it expects from me."

A young French midfielder is making his return to Ligue 1 Uber Eats. Matteo Guendouzi, captain of the France U21 team in recent months in the absence of Jeff Reine-Adélaïde, signed for Olympique de Marseille on Tuesday. The 22-year-old is on loan from Arsenal for one year with an option to buy.

He is the fifth new recruit for Marseille this season, and the second in midfield after Gerson, in a new move that confirms the serious acceleration put in place by the club after the arrivals of Leonardo Balerdi (permanent transfer) and Cengiz Ünder last weekend.

Rising to prominence at FC Lorient after passing through PSG's training centre at a younger age, Mattéo Guendouzi made his Ligue 1 Uber Eats debut with Les Merlus in October 2016, when he was just 17. After eight months in the top flight and then a season in Ligue 2 BKT, he made the big move and decided to leave Brittany in the summer of 2018 for Arsenal.

In two years with the Gunners, he played 82 games (one goal) and participated in the Europa League final in 2019. However, the player who was called up to France's senior team by Didier Deschamps - but is still yet to earn his first cap - has not figured in the plans of new Gunners coach Mikel Arteta and was loaned to Hertha Berlin for the 2020-21 season.

In the German capital, he played 24 Bundesliga games, finding the net twice. It is now at OM that the talented box-to-box midfielder will be plying his trade, with the number 6 on his back. Presented as a "modern midfielder, technically strong and with good passing ability", but also a "player of character" with "a good vision of the game" by his new club, his association with Gerson and the midfielders already present in Marseille could create sparks... 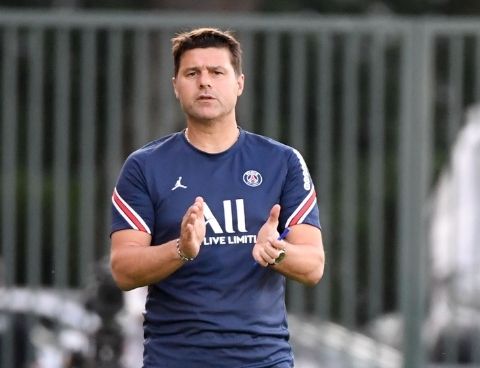 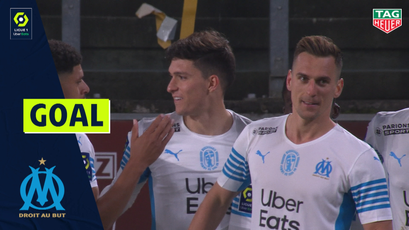