Pedro Miguel Pauleta, are you impressed with Kylian Mbappé's physical development?
It's part of the progression of a player of his talent. It's true that he has worked a lot on his physical conditioning, that he has developed his muscles. If you are physically strong, you will make the difference. Kylian has understood that perfectly. He is a player who will make his mark on the world of football. In the way he carries himself, you can see that he wants to win many trophies, collectively and individually.

What impact does this development have?
I don't think he has changed his game. But by being better physically, he can use his speed more. For example, if you are physically strong, you can make 15-20 runs and counter-runs in a match, otherwise you make half as many. That's the difference. Today, Kylian is a player prepared to play 90 minutes at top intensity. He can make the difference at any time, whereas he was not capable of that when he arrived at Paris Saint-Germain, but this made perfect sense given how young he was. More generally, when you look at all the great players, they are better and better prepared every year.

Doesn't gaining muscle mass alter his natural qualities?
That's something you have to watch out for. Some players have to be careful not to develop too much muscle, otherwise they will lose their fluidity. This is not the case with Kylian. I think he is watching this very closely, with his entourage and the PSG staff.

In which areas of the game has he improved the most since his Ligue 1 Uber Eats debut with AS Monaco?
Efficiency in front of goal. But he still has to do better. He can be more refined in the final movement. His runs, his speed, he doesn't need to improve them. He goes faster than his opponents. He also has a huge amount of self-confidence, which he has to keep. That's fundamental for a great player.
'He still has a lot room for improvement'

How much room for improvement does he still have?
Thanks to the experience he will gain over the years, he will read situations better and make the right decisions. For example, if he currently needs five chances to score three goals, in two or three years' time he will be able to do so with one chance fewer. As he gets older, he will be more refined, more intelligent in his movements and will know the game better. Even though he already analyses his opponents very well, he can only get better. He still has a lot of room for improvement.

To become more complete, he still has to improve his aerial game...
It's true that he prefers to attack the spaces to score. Even if he is not a pure number 9, he has to work in this area to be able to score more goals. This season, he has already scored two headed goals, which will give him confidence, and he must continue to try. If I were him, I would also try to work on free-kicks and scoring penalties, even with Messi and Neymar in the team. It's a big part of a striker's statistics. These are two situations that should not be neglected. Lionel Messi, Neymar and Cristiano Ronaldo score a significant proportion of their goals from set pieces.

What is the recipe for a striker to have more of a killer instinct?
A striker is born with a sense of purpose. After that, it's no secret, it's all about work. Even if you have a string of good games, you have to rehearse situations in front of goal and study your opponents, especially the goalkeeper. All this together can only make you grow. When you know your strong point, you have to perfect it. Kylian is a player who plays more on the side, who breaks into space and who regularly finds himself one-on-one with the keeper. It is this type of situation that he must repeat in training to improve his shooting and his way of striking the ball.

Are you surprised by his ability to withstand pressure?
He is a very, very strong player mentally. You will never see him let his head drop. The fact that he is confident of his qualities allows him not to doubt himself. Having that character at 22 is what makes the difference between him and other players of his generation. With this mentality, in addition to his physical qualities, I repeat, he will make his mark on football.

What do you make of his partnership with Neymar?
If Paris Saint-Germain had won a Champions League since Neymar and Kylian's arrival, everyone would say they're a perfect duo. But because they didn't win it, it makes sense that there is criticism. But I think they get along well. They are two players with a lot of qualities who like to have the ball even though they have different styles. They are complementary. I hope they will succeed in forming a formidable trio with Lionel Messi.

Which position in the attack should Kylian Mbappé play in?
It's a difficult question, because he never expresses himself clearly on the subject. I think he feels comfortable on the left side as well as in the centre. Personally, I prefer to see him on the left side. There he has more space to use his power and speed. But when he plays in the middle, the advantage is that he is closer to the goal and creates more chances. Now, with Lionel Messi, the three attacking players will switch around a lot.

Do you think he will have to change his game with the arrival of Lionel Messi?
He will have to adapt. But he will grow a lot with Lionel Messi at Paris Saint-Germain. If he has the intelligence to move well, taking advantage of the spaces created by Messi and Neymar, he will often find himself in a good situation thanks to their quality of passing and he will therefore be able to score many goals. The fact that he can play either on the side or in the middle will be an asset. That said, there is always a risk that one of the three will score less. If that's the case for Kylian, he'll have to accept it.

What is the ideal system to combine Neymar, Mbappé and Messi?
To play the three up front (laughs). The 4-3-3 and the 3-5-2, with Messi slightly back, are suitable systems. I'm sure Mauricio Pochettino will find the right solution for them to play together. Obviously, we will have to keep a certain balance, but Marco Verratti and Georginio Wijnaldum, two good defensive players with and without the ball, will be able to bring solidity to the midfield. With this squad, PSG have many solutions. The truth is that with this attacking trio, it is impossible for Paris to finish a match without scoring. I'm sure of that.

Will Nuno Mendes, who recently arrived from Sporting Portugal, be an asset to this attacking trio?
Sincerely, he is a young player of great quality. At 18 years old, he was huge last season, where he showed a lot of attacking qualities and made individual differences in his left flank. I knew him with the Portuguese youth team and I really like his mentality and his physical abilities. Even though he played more in a wing-back role with Sporting, he is also capable of playing in a four-man defence. He has a similar profile to Achraf Hakimi, but he is less effective in front of goal. He is the present and the future for Paris Saint-Germain. 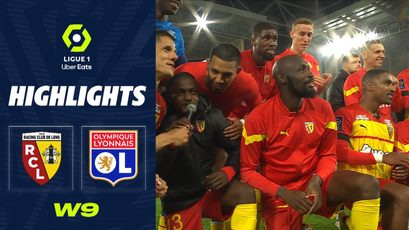 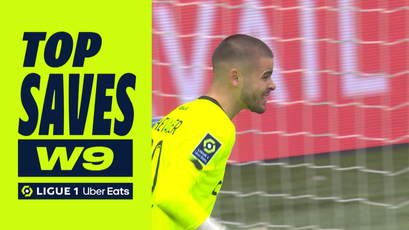