Messi: 'PSG have one of the best squads in the world'

Paris Saint-Germain star Lionel Messi says the capital club will have to pull together in order to fulfil their ambitions.

In a sweeping interview with France Football magazine, the Argentinean great said: "Paris Saint-Germain have one of the best squads in the world, if we look at the individuals we have. But, if our teamwork isn't good then we'll have trouble attaining our objectives. That's our great challenge and our desire is to all manage to play as a team."

Messi won the Champions League four times at Barcelona and the summer signing would love to help Paris Saint-Germain lift the trophy for the first time. He commented: "It's the dream of everybody here. The club has been working with this objective in mind and has got closer recently. From a personal point of view, it's the same thing, I would really like to win another Champions League. I think this squad has the weapons in order to win the trophy."

Six times the Ballon d'Or, Messi is on the shortlist again for this year's award, along with club-mates Kylian Mbappé, Neymar and Gianluigi Donnarumma. The presence of Neymar, Messi's former Barcelona team-mate, as well as fellow Argentinian internationals Angel Di Maria and Leandro Paredes in the PSG squad helped convince the forward the right move was to come to Ligue 1 Uber Eats.

Messi said: "It was an important element in my decision because I new I'd be coming to a new country and have to start again from nothing. The fact I'd have friends in the dressing room allowed me to say to myself that things would be simpler in terms of my adaptation. I didn't make a mistake as it has been very easy for me to integrate, notably because there are numerous players who speak Spanish."

Di Maria and Paredes spent the summer at the Copa America vaunting the merits of PSG to Messi, who said: "They regularly asked me when I'd be joining, but always jokingly as they knew it was my intention to stay at Barcelona. It was a surprise for them when I said I'd be coming to Paris. They were very happy and very enthusiastic."

Asked about the difference between the 'MSN' of Barcelona that featured Luis Suarez and PSG's 'MNM', Messi said: "Age first of all! When I started palying with 'Ney' we were both young. Luis and Kylian are very different players. Luis is a pure number 9. Kylian likes to touch the ball more often. He's very powerful and extremely fast and if you leave him any space he kills you, and he also scores a lot. They are two spectacular players but with very different qualities."

>> Benzema: 'Mbappé is a phenomenon' 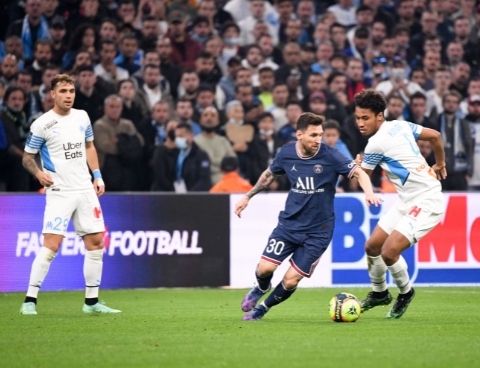 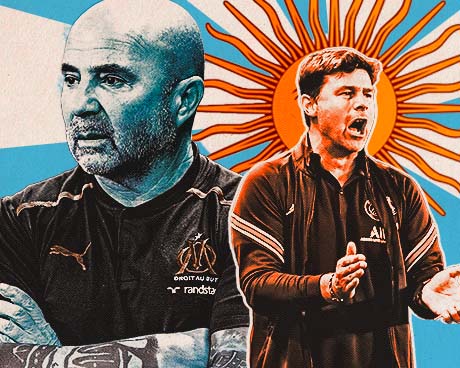