Find out who are the ten foreign players with the most Ligue 1 Uber Eats matches for each continent in the 21st century.

Two Montpellier figures top the list of foreign players with the most matches in Ligue 1 Uber Eats since 2001, including the indomitable Vitorino Hilton - the Brazilian defender even tops the list regardless of continent. Behind the Brazilian and his 512 top-flight games, we find Souleymane Camara. The former Senegal striker is the most-capped African player in Ligue 1 Uber Eats in the 21st century with 423 appearances. The podium is completed by Czech midfielder Jaroslav Plasil, the leader for Europe, and Malagasy international Jérémy Morel (415 games). Check out our  the ranking, continent by continent.

Hilton on top, Africans in numbers

Still on a top-flight bench but now as a member of the coaching staff, Czech midfielder Jaroslav Plasil is the non-French European player with the most Ligue 1 Uber Eats matches in the 21st century. The former Monaco and Bordeaux player played in the elite between 2000 and 2019 with the exception of three seasons in Spain and Italy. In the top five, there are three dual nationals: Turkish international Mevlüt Erding, Polish international Ludovic Obraniak and Portuguese international Anthony Lopes. Lyon's goalkeeper, in fourth place, is one of two active players in the top ten, along with Parisian Marco Verratti, in tenth place.

Two members of the African top 10 currently play in France. These three dual nationals are in second to fourth place behind ex-Montpellier player Souleymane Camara, leader with 423 matches. They are FC Lorient defender and Madagascar international Jeremy Morel (418) and AS Saint-Etienne's Algerian international Ryad Boudebouz (340).

The Brazilians are dominant in the South American top ten, taking the first six places - and eight  8 of the top 10 since the appearance of Parisian Marquinhos. Leader Vitorino Hilton has almost double the number of games of his nearest rival, ex-Bordeaux player Jussiê.

Among the players from the CONCACAF zone (North and Central America), there are four Americans and four Haitians in the top 10. Former Nice and Caen defender Romain Genevois is the most successful (148 games). Another player with more than 100 appearances is Mexican goalkeeper Guillermo Ochoa, who played for AC Ajaccio between 2011 and 2014. 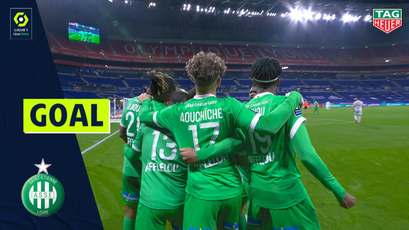