Saliba growing in stature at OM

The Arsenal loanee William Saliba is going from strength to strength this season and will be looking to continue his stellar start with OM as the Mediterranean club play their postponed Round 3 Ligue 1 Uber Eats clash with Nice in Troyes on Wednesday night.

The Frenchman's performance against PSG on Sunday was remarkable, and he is building on his excellent start to the season. His loan move from Arsenal to the south of France is proving a successful gamble for the defender, who is much appreciated by OM boss Jorge Sampaoli.

The 20-year-old has established himself as a key figure in a Marseille defence that is becoming more and more solid. An example? His goal-saving tackle on Kylian Mbappé in the late stages of Sunday's clash with PSG (0-0). But this Wednesday evening, it is another challenge that awaits OM and William Saliba as the Mediterranean club meets OGC Nice in Troyes in their rescheduled Ligue 1 Uber Eats Round 3 fixture.

The Arsenal-owned centre-back has started nine of OM's ten league games and has become one of Jorge Sampaoli's key men early in the season. Only Brazilian defender Luan Peres has been used more by the Argentine coach (841 minutes compared to 810). In all competitions, William Saliba has played in 12 of OM's 13 official matches, having only been rested at Angers at the end of September. The stopper who came up through the academy at AS Saint-Etienne-trained is impressive.

'Arsenal preferred me to go to an English club'

"For me, William Saliba is a top player in his position," said Jorge Sampaoli a few weeks ago. "We were lucky enough to get him on loan, but it wasn't easy."

Indeed, as the man himself recounted, there was a certain effort of will needed to secure the move.

"It was me who chose Marseille, they [Arsenal] preferred me to go to an English club, but I knew that here was the right choice," Saliba explained to the press."So I pushed and pushed for it."

And, so far, things are going swimmingly for Saliba, who got a taste of the Mediterranean lifestyle during a successful stint at Wednesday night's opponents OGC Nice last season. The 1.93m rock is shining as much in his robust tackling as he is through his technical qualities.

"He's a really talented player defensively, not only in marking but also in playing with the ball," said Jorge Sampaoli. "He has adapted very well to the three-man system and helps us a lot in playing the ball out of defence."

And although OM have scored less recently than they did at the start of the season, they have only conceded one goal in the three games played since the international break - that came against Lorient in L1, while OM kept clean sheets against Lazio and PSG.

In service of the Sampaoli style

The three-man defence composed of William Saliba, Luan Peres and either Duje Caleta-Car or Leonardo Balerdi, is one of the cornerstones of Sampaoli's OM. It allows the Argentine to impose his playing philosophy, which systematically asks his defenders to push up from the back. With William Saliba and Luan Peres, the Sampaoli has found two very good ball players, who do not hesitate to attack spaces and break up opposing lines with their passing.

For the former Sainté stopper, recently nominated for the Golden Boy award, which recognises the best young talents in European football, this season should serve as a springboard. Recruited by Arsenal in 2019, Saliba never managed to impose himself in London and has said he is "1000% focused on this season" with OM, before thinking about "what will happen next year".

His performances, spotted early on in Ligue 1 Uber Eats, where he settled into the Saint- Etienne defence at just 18, have not gone unnoticed, including by the London club, who are languishing in 13th place in the English Premier League.

"He has all the characteristics of a modern central defender," crowed chairman Pablo Longoria at the time of Saliba's presentation as an OM player. Will we see another demonstration of this against Nice on Wednesday night? 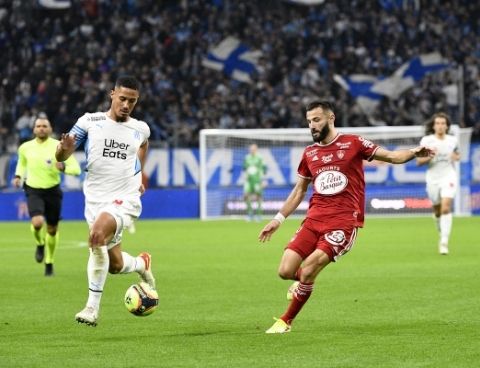 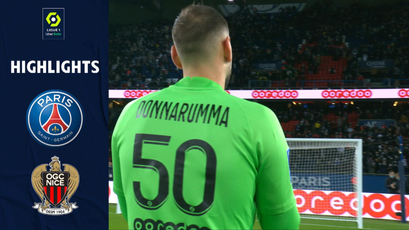