Hakimi: 'Every game is tough' in Ligue 1 Uber Eats

For PSG's Achraf Hakimi, the level of Ligue 1 Uber Eats is often underestimated and the former Real Madrid, Dortmund and Inter right-back knows that PSG face a tough test away to Lens on Saturday - as they do in every Ligue 1 Uber Eats round.

With experience in La Liga, the Bundesliga and Serie A, Hakimi knows of what he speaks. The 23-year-old is enjoying an excellent season with PSG, who have a 12-point lead atop the standings, but the defender is keen to underline that this is no mean feat given the quality of the competition in France's top tier.

"It's a very tough league, very physical, and the level is very, very high, even if people don't always think so," he said in the press conference ahead of Saturday night's Round 17 clash in Lens. "There are a lot of games and a lot of difficult stadiums with great players here. Every game is tough to play."

The Spanish-born Moroccan international hasn't been caught off guard but the quality in France, however.

"I had already seen a lot of Ligue 1 matches," he explained. "I also knew a lot of players from my national team who play here, and I also played against French teams, so I expected it. The teams and the level here are very high."

'The atmosphere is electric'

And one side who are impressing with their quality this season are RC Lens who, despite having the 16th-highest budget of Ligue 1 Uber Eats's 20 clubs, are looming as serious contenders for a European finish. PSG's trip to the always electric Stade Bollaert-Delelis on Saturday come hot on the heels of PSG's mid-week stalemate at home to Nice (0-0) and Hakimi feels that the club's busy schedule can be an asset at times.

"It's a good thing to play at a big club that plays every three or four days, between the Champions League, the championship and the Coupe de France that is coming up, because it allows us to quickly move on and to immediately start working to improve," he said. "We have a game tomorrow and it is an opportunity for us to show everyone what we are capable of, that the last match is behind us now and we are in the present, more motivated than ever to chase more victories. I was told that the atmosphere is electric in Lens, so we will have to be prepared for that! "

>> PREVIEW: Messi in focus at Lens 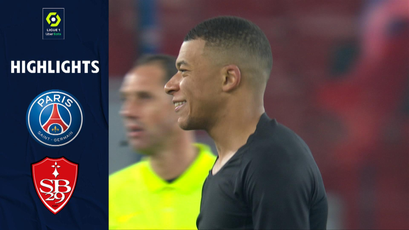