Stade Rennais FC are looking to shake off a poor start to 2022 and breathe life into their bid for a top-three place when they play host to troubled Girondins de Bordeaux on Sunday.

Rennes fell five points adrift of the Champions League qualifying places last weekend as they lost 1-0 away at RC Lens while OGC Nice and Olympique de Marseille both won. The latter boast a game in hand on the sides around them too, and there is a danger that Rennes could see their hopes of a podium finish fade if they do not get out of their current slump.

The Brittany side have lost their last three Ligue 1 Uber Eats outings, and four of their last five games going back to the beginning of December. They were also knocked out of the Coupe de France in the round of 32 on penalties by second-tier strugglers AS Nancy-Lorraine, completing a miserable start to the new year.

The Africa Cup of Nations is having an impact on coach Bruno Genesio too, with three of the four most-used players in his squad all currently away at the tournament in Cameroon. Morocco defender Nayef Aguerd, Senegal goalkeeper Alfred Gomis and Mali right-back Hamari Traoré are all key players for their club. Ghana winger Kamaldeen Sulemana is missing too.

Genesio could also do with getting Gaëtan Laborde back in form up front. The striker scored 11 goals in his first 16 appearances for Rennes after signing from Montpellier Hérault SC. He has now gone seven games without finding the net, and will hope for a return to form against another of his old clubs after Rennes headed into Round 21 just three points above LOSC Lille in 10th place.

“Maybe we heard people saying that we were one of the best teams in France to such an extent that we began to believe it,” said Genesio last week. “I think it’s time to get back to basics, just as we did on the back of our poor start to the season, and to start playing like a team again.”

While Rennes still have a shot at Champions League qualification and are through to the knockout phase of the Europa Conference League, Bordeaux are in dire straits towards the foot of the table and have plunged into full-blown crisis in recent days.

The six-time champions, one of France’s most iconic clubs, saw their famous unbeaten record at home to Marseille come to an end after 44 years last weekend. It was a result that left them just a point above the bottom three and unsurprisingly it did not go down well with the club’s supporters, who are desperate to see their team competing towards the top of the table again.

If coach Vladimir Petkovic has been given the vote of confidence, this week the club told veteran former France international centre-back Laurent Koscielny that his services were no longer required. “It has been decided that Laurent will not finish the season with us and will leave the club in January,” Bordeaux president Gérard Lopez told local daily Sud-Ouest.

“I am a footballer, so my passion is playing, and that means setting an example to my team-mates as the captain,” Koscielny told L’Equipe. “So this has been hard to take. It is like a fist in the face. But I am a fighter and I will keep on fighting and doing what I have to do to remain at the top level and help the team get results.”

Results are what Bordeaux, who have the worst defensive record in the division with 44 goals conceded, need more than anything else. They have lost their last three games in all competitions but at least they are now emerging from a major coronavirus outbreak within the squad that meant they were hardly able to field a team for their Coupe de France defeat away to Stade Brestois 29 two weeks ago. 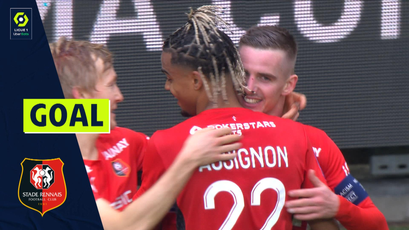