Bordeaux must end a five-game winless run with a victory against fellow strugglers to have any hope of avoiding relegation from Ligue 1 Uber Eats on Saturday (kick-off 9pm CEST).

The six-time French champions have endured a catastrophic campaign, and head into the final 180 minutes of the season bottom of the table. Les Girondins are four points off Saint-Etienne, who currently occupy the relegation/promotion play-off spot, and seven points behind their Round 37 opponents, who are 17th with a three-point cushion over the bottom three.

The odds are stacked against Bordeaux, however. They have won just one of their last four league meetings with Lorient, and current form makes the outlook bleaker still. They have won only one of their last 14 league games, and were swept aside 4-1 at Angers last weekend to take their 'goals against' tally to a massive 89, the highest total for a top-flight team since Rouen shipped 91 across the whole of the 1977/78 campaign.

"You can imagine what sort of state we're in," said goalkeeper Benoît Costil, whose team have now conceded 15 times in their last three away games. "There's sadness, disappointment,  there's a lot of things. We weren't at the races once again. Of course we're disgusted."

WATCH: Bordeaux are brought down at Angers

Bordeaux could actually have been sent down to Ligue 2 BKT in midweek, and with Saint-Etienne 2-0 up at half-time at Nice, they were relegated virtually. Nice's second-half rally has given David Guion's men a reprieve, even if the Bordeaux boss himself is giving up hope with his team's fate no longer in their own hands.

"Do I still believe we can do it? It's difficult, because we're not winning matches," he said after the Angers loss. "Our fans came in numbers, they encouraged us, and I would have liked to have made them happy. I feel sorry for them. I had a lot of hope in this match, and I'm very disappointed."

Barring long-term injury victim Timothée Pembélé and sidelined forward Alberth Elis, Guion should otherwise have a full strength squad to choose from against a Lorient side that has barely been in better form. Christophe Pelissier's men have lost their last three league games, including last weekend's 3-0 home defeat to Marseille.

📈📉 Here's how the league table looks after last night's action! -- How did your team do? 👇 pic.twitter.com/oSpuC3t07L

"We mustn't worry. We know it'll be tough right to the end of the season. We've been battling to stay up all season long, so it's not a surprise. We're fortunate to still have two games to play. If we win both, we'll stay up," explained Lorient goalkeeper Matthieu Dreyer, whose side host Troyes on the final day of the campaign.

"We're still out in front. As long as we're there, it'll be good for us. And from experience, I know that it's always tough to make up the points, so as long as we're in front…We have to make sure we stay there."

Lorient have beaten Clermont, Saint-Etienne and Metz in recent weeks to secure crucual points to keep their heads above water, and now face another test of their ability to see off a fellow struggler.

"We're going to Bordeaux, a game with a lot at stake. Against our direct rivals, I think we have managed to do rather well for the moment. If we start to panic now, it's certain we won't get out of it. We have to keep a clear head, analyse what we have done well and what we've not done quite as well." 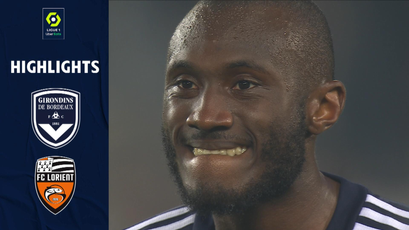 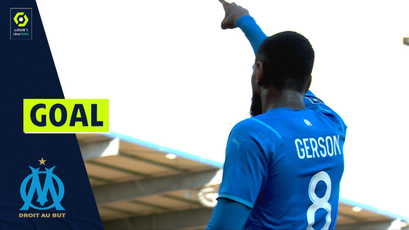