The penultimate weekend of the season saw big moves for Wissam Ben Yedder and Moussa Dembélé, whilst Kylian Mbappé stayed in front, in the race for the top scorer prize.

Monaco took a giant step towards Champions League qualification thanks in no small part to a superb Wissam Ben Yedder hat-trick.

The principality side came from behind to beat Brest 4-2 with Ben Yedder showing his predatory instinct in front of goal. The 31-year old scored his first from the penalty spot before adding two in a four-minute blitz

Ben Yedder has now registered 24 goals for the season closing the gap on leader Mbappé to one goal following his exploits against Brest.

Meanwhile, Mbappé was back on the scoresheet himself as PSG ran riot in a 4-0 win at Montpellier.

The Frenchman twice turned provider for Lionel Messi's two goals before adding one of his own from the penalty spot.

Mbappé's strike turned out to be an important one, as he stays ahead of Ben Yedder on the scoring charts with 25 goals for the season.

Martin Terrier failed to find the target for the third-consecutive game as Rennes beat Marseille 2-0 at Roazhon Park.

Hot on the heels

Terrier's barren spell has opened up the door for Moussa Dembélé who added another to his tally in Lyon's 3-2 win over Nantes.

Dembélé's late charge sees him move to 20 goals, just one shy of Terrier's total with one game to play. Can the Lyon striker overtake Terrier?

Who takes the crown?

With one game left to play, it is looking as though it will be a straight shootout between Kylian Mbappé and Wissam Ben Yedder for the title of Ligue 1 Uber Eats' top scorer.

Mbappé and Paris Saint-Germain take on relegation-battlers Metz at the Parc des Princes in Round 38, hoping to stay ahead of the Monaco man.

Ben Yedder travels to Lens on the final day aiming to find the goals to nudge ahead of Mbappé whilst securing Champions League football for the principality side. Martin Terrier and Rennes travel to LOSC and Moussa Dembélé and Lyon lock horns with Clermont. 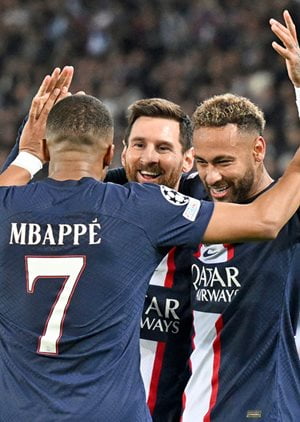 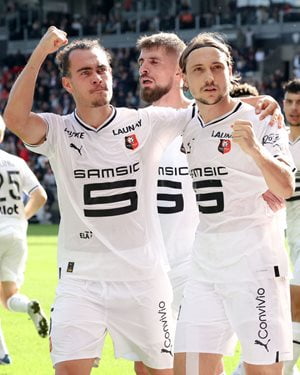