KIPSTA: A journey to the heart of the new footballs

As the new supplier of the official Ligue 1 Uber Eats ball as of next season, Kipsta is not content to simply comply with the standards imposed by FIFA. We checked out the brand's laboratory, which imposes a real assault course on its balls with a range of additional tests.

In order to be afforded the opportunity of being kicked by the likes of Lionel Messi, Dimitri Payet and other Ligue 1 Uber Eats stars as of next season, this Kipsta ball had to pass a battery of tests. And that's an understatement. The new official supplier of footballs to the league, which will take over from Uhlsport for at least five seasons, has devised a real obstacle course for its footballs. While FIFA imposes numerous tests to deliver the FIFA Quality Pro label - the key to being eligible for use in official competitions - Decathlon and its Kipsta brand have imagined even more tests to confirm quality. This process was unveiled a few weeks ago to those who handle these footballs on a daily basis: the stewards of professional clubs, invited to Tourcoing for the occasion.

Accelerated ageing of the ball

The Kipstadium, the design and development centre for Decathlon's team sports products, is located in the North of France. The site, built on the former site of the Terken brewery and the former Transpole depot in Tourcoing, houses the ball laboratory where all these tests are carried out. "I don't know if you've ever cut up footballs, but here this is our passion," said Antoine Le Cuziat, the head of ball development, in a room that contains a noisy machine behind a yellow grid. To test the resistance of the balls as required by FIFA, this kicking machine sends a ball 2,500 times at a speed of 50 km/h against a concrete plate. The ball is then checked to see whether it has retained its original dimensions, pressure and sphericity. "The aim is to age the ball in an accelerated manner. This test reproduces one year of use in a club," explains François-Xavier Colson. This test engineer is part of the team of 20 people involved in the design chain. Their credo is to invent methods to go further in testing. One of them is used to measure abrasion: an impactor with an abrasive coating is applied to the ball.

A KIPSTA test measures the heat resistance (at a temperature of 66 degrees precisely). If the balls leave the factory in good condition, they mustn't lose shape when left in a car boot in summer or when they are transported in containers from China or Punjab, the region straddling India and Pakistan known for its expertise in ball manufacture.

"We have the same machines here as FIFA. When we send them our balls to be tested, we are calm," says product engineer Florian Combes. Among the six tests imposed by the Swiss-based federation, the balls must be able to be inflated to 150% of the recommended pressure without exploding. In another room of the Kipstadium, the bounce reaction is tested. The ball is released from a height of two metres by a machine and must bounce up to 1.20 metres. The ball must retain its dimensions and perfect sphericity, with a maximum deformation tolerance of 1.5%.


There is a set of standards that must be met for FIFA to give the green light and affix its square Fifa Quality Pro logo to one of the leather panels. Machines and tests are used for each of these standards. The initial weight of the ball must not change by more than 10 grams. The pressure of the ball should not change by more than 10% three days after inflation. A higher differential may indicate a slow leakage of the ball's bladder, its air chamber. Another FIFA standard concerns water absorption: the balls are compressed 250 times in water and must not weigh more than 10% of their original weight. Because natural leather balls absorbed too much water, they have been replaced by thermo-glued panels, without seams in the case of the footballs to be used by the French professional leagues.

The KIPSTA balls have to pass other hurdles with further in-house tests. The strength of the valve is tested by a machine that inserts and removes a needle to prevent leaks. In total, about 100 inflations are simulated, which corresponds to one inflation per week for two years. Another test checks how much force it takes to puncture a ball with a needle. A machine compresses the balloon to 20% of its original diameter to measure its size. 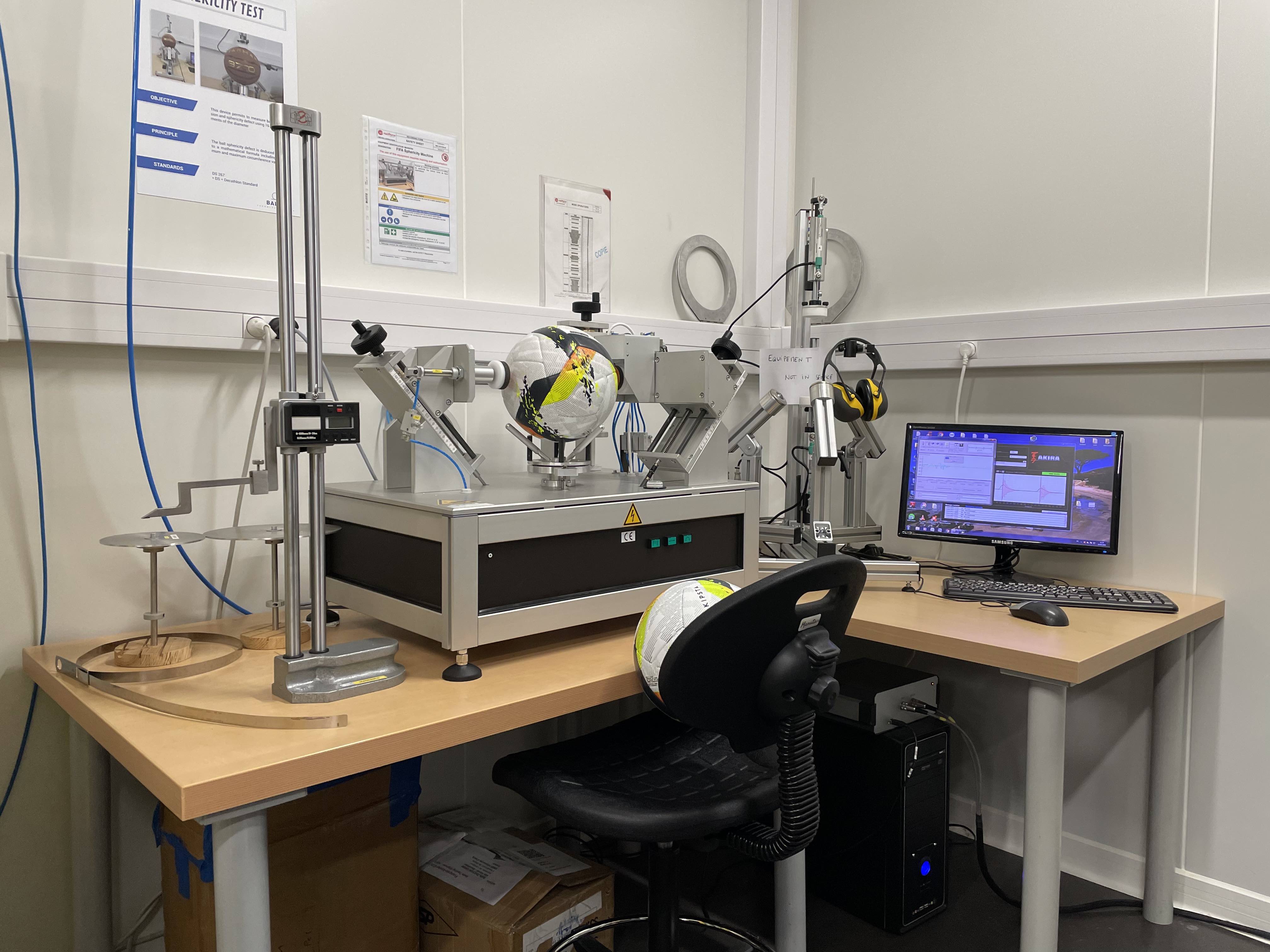 Tested by Aouar, praised by Vercoutre

After the laboratory tests, it's time for the field tests! Between July and September, Kipsta went to meet eight Ligue 1 Uber Eats and Ligue 2 BKT clubs. The clubs chosen? The top five from the 2020-21 season, namely LOSC, PSG, AS Monaco, OL and OM.

"We offered them either protocolised tests with our field trial engineers, or to do their session normally but with our balls, with a short briefing at the beginning and feedback from them at the end," said Romain Da Rocha, International Product Manager and Brand Project Manager. "Some players, such as Houssem Aouar and Álvaro Gonzalez, kindly stayed with us to give us further feedback, after taking free kicks, penalties, volleys, etc. Many of the Lyonnais played the game, especially the attackers."

The International Product Manager and Brand Project Manager even reveals an anecdote in the form of a compliment: "Rémy Vercoutre, who is now OL's goalkeeping coach, started by telling us that he was fed up, that it was still a striker's ball, that it was going to change its trajectory in the air... And after the session, he came back to us and said: "I'm not trying to suck up, but your ball is great!" 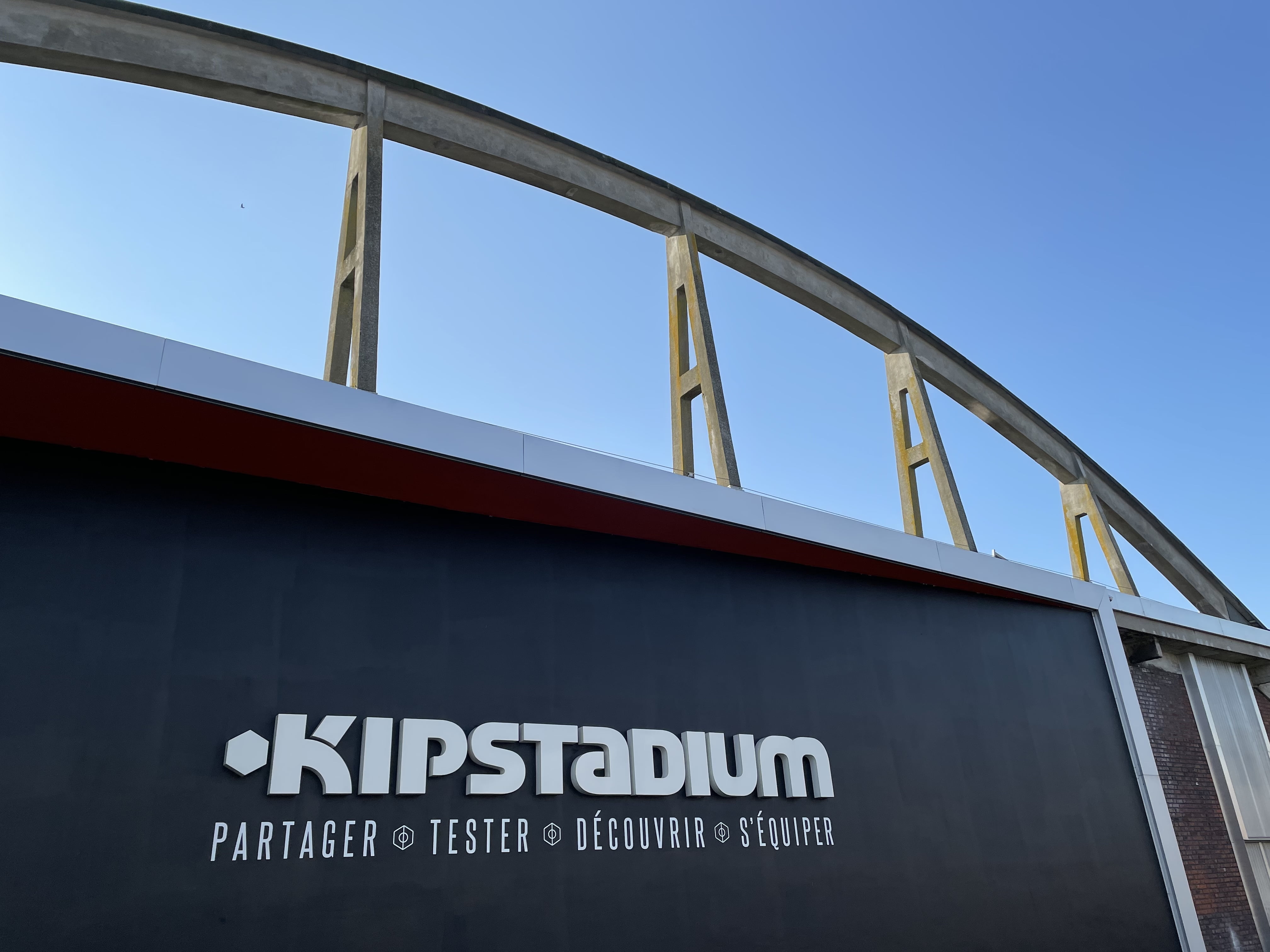 Some figures:
18 months to develop a ball
20 people involved in the design chain
12 panels on Kipsta balls (compared to 32 for the first ball models)
12,000 balls supplied to 40 French professional clubs each season (300 per club)
8 clubs involved in the tests carried out in the summer of 2021
6 tests imposed by FIFA to obtain the FIFA Quality Pro label
19 club names on the Ligue 1 ball (those of the 19 clubs crowned French champions)
2 balls but identical design between Ligue 1 and Ligue 2 balls