Europe or not for RC Lens? UEFA Champions League group stage qualification or not for AS Monaco? Who will prevail on Saturday?

Lens welcome Monaco to their Stade Bollaert-Delelis knowing that victory could left them from seventh to fifth, depending on other results.

Franck Haise's men would need to beat the principality side whilst hoping that RC Strasbourg Alsace and OGC Nice lose to Olympique de Marseille and Stade de Reims respectively.

The odds may not be in les Sang et Or's favour, but they are at least a team in form, last Saturday's 3-1 win over ESTAC Troyes their second on the bounce, and seventh game without a league defeat.

"This team has a lot of character," said Haise after the Troyes triumph. "We've gained in maturity and experience. We're not sure of our strength but we can upset everyone. We're going to have a nice final game to play. We'll be strong at home. Two years ago we were in Ligue 2. It's going to be a great match against Monaco."

Monaco come into the final day five places and seven points better off than Lens in second. While Metz are hoping Marseille prevail on the opposite of the country, Monaco need to better OM's result against le Racing to guarantee their progression to next season's Champions League group stage.

Lose, and they could even find themselves dropping outside of the Champions League places altogether, with Stade Rennais FC just three points back but with a vastly superior goal-difference heading into their meeting with LOSC.

Monaco beat Lens 4-2 in the Coupe de France in January, and they might feel confident of another victory after a stellar run of form, last Saturday's 4-2 win over Stade Brestois 29 their ninth league win on the bounce.

"It is the first time we have nothing to lose," insisted Monaco coach Philippe Clement. "We've already secured Europa League football, which was the objective at the start of the season.

"It's not been easy having to catch up to get to this point. Now there are extra things that we can win on Saturday. That's the difference from past months.”

Monaco will be at full-strength on Saturday, with long-term injury absentees Cesc Fàbregas (ankle) and Krépin Diatta (cruciate ligament) the only first-teamers Clement can't call upon. 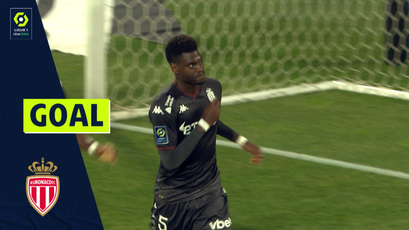