Olympique de Marseille need a point at home to RC Strasbourg Alsace on Saturday to secure a crack at the UEFA Champions League next season, but their opponents are hoping to clinch a European place of their own.

Marseille hoped to have wrapped up a place in Europe’s elite club competition by now, but they have stumbled into the home strait. A 3-0 loss to Olympique Lyonnais in their last home outing at the Orange Vélodrome came in between the two legs of their draining Europa Conference League semi-final loss to Feyenoord. Then last weekend they were completely outplayed in a 2-0 loss to Stade Rennais FC in Brittany, failing to muster a single shot on target.

Jorge Sampaoli’s side wanted to secure second place, and with it a guaranteed berth in next season’s Champions League group stage. Instead they are holding onto third, which brings with it a spot in the third qualifying round and no certainties of a place in the lucrative group phase proper. They were overtaken last weekend by AS Monaco as the resurgent principality side claimed a remarkable ninth straight victory. Meanwhile, Rennes moved back to within three points of OM in fourth.

For Marseille the equation is essentially simple. As long as they avoid defeat against Strasbourg at the Vélodrome, they will be certain to finish in the top three. It is worth pointing out that the side from Alsace have not won a league game in Marseille in 13 attempts since 1997.

Watch: Marseille go down to defeat at Rennes

To deal with the more complex permutations: Marseille must better Monaco’s result to retake second, where they have spent much of the campaign. However, if both sides win OM could still pip Philippe Clément’s side by overturning their goal difference advantage – Monaco’s goal difference is currently better by four, and they have also scored four more goals. If Sampaoli’s men lose for the sixth time at home in the league this season, then Rennes will leapfrog them with a win away at LOSC Lille. As long as Monaco do not at the same time suffer a far heavier defeat away at RC Lens, Marseille will finish fourth and will settle for a place in next season’s Europa League group stage.

“Our objective is to qualify for the Champions League. If we don’t achieve that we will be disappointed, but I am confident. We are building a new project here,” said midfielder Mattéo Guendouzi, one of three Marseille players this week named in the latest France squad along with William Saliba and Boubacar Kamara, the latter called up for the first time.

Marseille’s preparation for the game has been slightly overshadowed by doubts surrounding the future of Argentine coach Sampaoli, who has made clear that he doesn’t just want to qualify for the Champions League – he also wants to make the squad strong enough to properly compete.

“I don’t know if I will be here next season or not. I am not thinking about that just now. The real question is why do we want to be in the Champions League next season? Is it just for the money or is it to be competitive? We need to be clear and honest, that is more important than any project, or who the coach or president is,” he said at his Thursday press briefing.

“We need to know what kind of team we can have to perform well in this competition. We need to build a team for it, that is what big clubs do.”

Marseille will be without Saliba for the last game of the campaign as the young on-loan Arsenal centre-back serves a suspension. That means Kamara could drop into central defence alongside Duje Caleta-Car. Meanwhile it remains to be seen who plays in attack, with Dimitri Payet sidelined and Sampaoli playing without a proper centre-forward in Rennes. Cédric Bakambu was sidelined in Brittany, while Arkadiusz Milik did not come off the bench having struggled with a knock in the build-up.

Strasbourg have enjoyed a superb second half of the season, losing just one of their last 15 games to go into the final night with European qualification in their own hands. They currently sit fifth, two points behind Rennes in fourth but above OGC Nice in sixth only on goal difference. Lens also lurk two points behind in seventh.

Julien Stéphan’s side have a six-goal advantage over Nice, so a win in Marseille would surely guarantee at least fifth and therefore a place in next season’s Europa Conference League. A win would also see them take fourth and a Europa League place should Rennes lose at the same time. But failure to win could let Nice or Lens in and see them miss out on Europe.

“There is no need to put extra pressure on ourselves. Whatever happens will be positive and it is already a successful season for us,” said Stéphan, who has guided Strasbourg to their best league campaign since 1981.

“A lot of people thought we would fall away at the end of the season but we still have a chance of qualifying for Europe. It is completely unexpected. I think there is more pressure on Marseille than us.”

Defender Maxime Le Marchand is likely to drop back to the bench for Strasbourg while Moïse Sahi and Habib Diallo are out injured. Veteran skipper Dimitri Liénard is suspended. 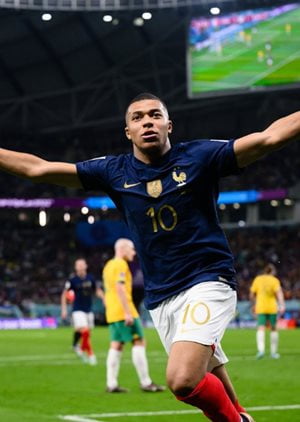 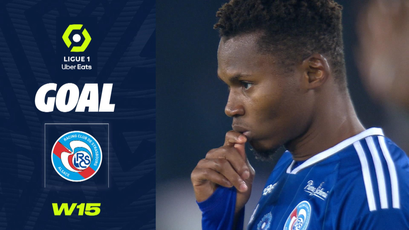