If Amiens SC are to beat the drop this season, chances are it will have plenty to do with a certain Serhou Guirassy… the France youth international striker has been right among the goals of late, even bagging a brace against PSG…

Paris Saint-Germain were hardly expecting a real fight as they - with a view on their impending UEFA Champions League last 16 clash with Dortmund - fielded a heavily rotated line-up in Amiens last Saturday. But it was what they got, with Guirassy scoring the opener - and then a dramatic late leveller after PSG had come back from 3-0 down to be on the brink of victory.

It was an encouraging performance for a side that has been mired in the relegation zone, winless in the league since Round 12, but also for Guirassy, who now has eight goals for the season - three in his last two appearances - and who could be the driving force behind a turnaround as Luka Elsner's side play host to Toulouse in Round 26.

But who is this 1.87m striker with a club's hopes resting on his shoulders? Who has sparked the interest of plenty of clubs across the Channel, including Chelsea, Tottenham, Leicester, Celtic and Aston Villa? Read on…

Born to Guinean parents in Arles in 1996, Guirassy began his youth career further north, with Montargis, after his family moved to the Loire region when he was young. At 15, he joined the youth academy of local heavyweights Stade Lavallois and, two years later, after a call-up to France's U16 side, debuted with the club's senior team in Domino's Ligue 2.

He scored seven goal in his first two seasons at Laval and continued his international career with France in the U19 category before moving to LOSC in the summer of 2015. Half a season later, he was loaned out to Auxerre and banged home eight goals in 16 appearances, catching the eye of 1. FC Köln across the border in Germany.

Unfortunately for Guirassy, a series of injuries (knee meniscus, muscular problems and pubalgia) limited his appearances in the Bundesliga and for France's U20s. Fortunately for Amiens, the rangy striker signed on loan in January 2019, a successful move made permanent at the end of the 2018-19 campaign.

Tall and powerful, Guirassy has all the hallmarks of a classic target man, and he can play this role. Strong in the air and in the challenge, Guirassy has that killer instinct and is a tough prospect for defenders and 'keepers alike. But on top of his imposing physical presence, Guirassy also has a decent turn of pace and makes intelligent runs, both in behind defenders to latch onto through balls form the likes of Gaël Kakuta - as his first goal against PSG showed - or on the counter, as demonstrated by his dramatic leveller against Paris. In both cases he showed the cool head and clinical striking needed to succeed at the highest level.

Clearly a first choice for coach Luka Elsner, Guirassy has started all 21 of his appearances this season, scoring eight goals and providing one assist - equal to his personal best return - eight goals for Auxerre in the second half of season 2015-16 - but this time in the top flight.

His two goals against Paris Saint-Germain wouldn't have come as that much of a surprise to those who know him. Guirassy has made a habit of scoring in the big games this season, also netting in wins over LOSC, Marseille and Rennes as well as the 2-1 defeat to Monaco.

Guirassy himself turned down a number of transfer offers from across the Channel during the January transfer window. Brighton were the main contenders, with Bournemouth and West Ham also showing interest, but the player showed his commitment to the Amiens SC cause, preferring to see out the current campaign. 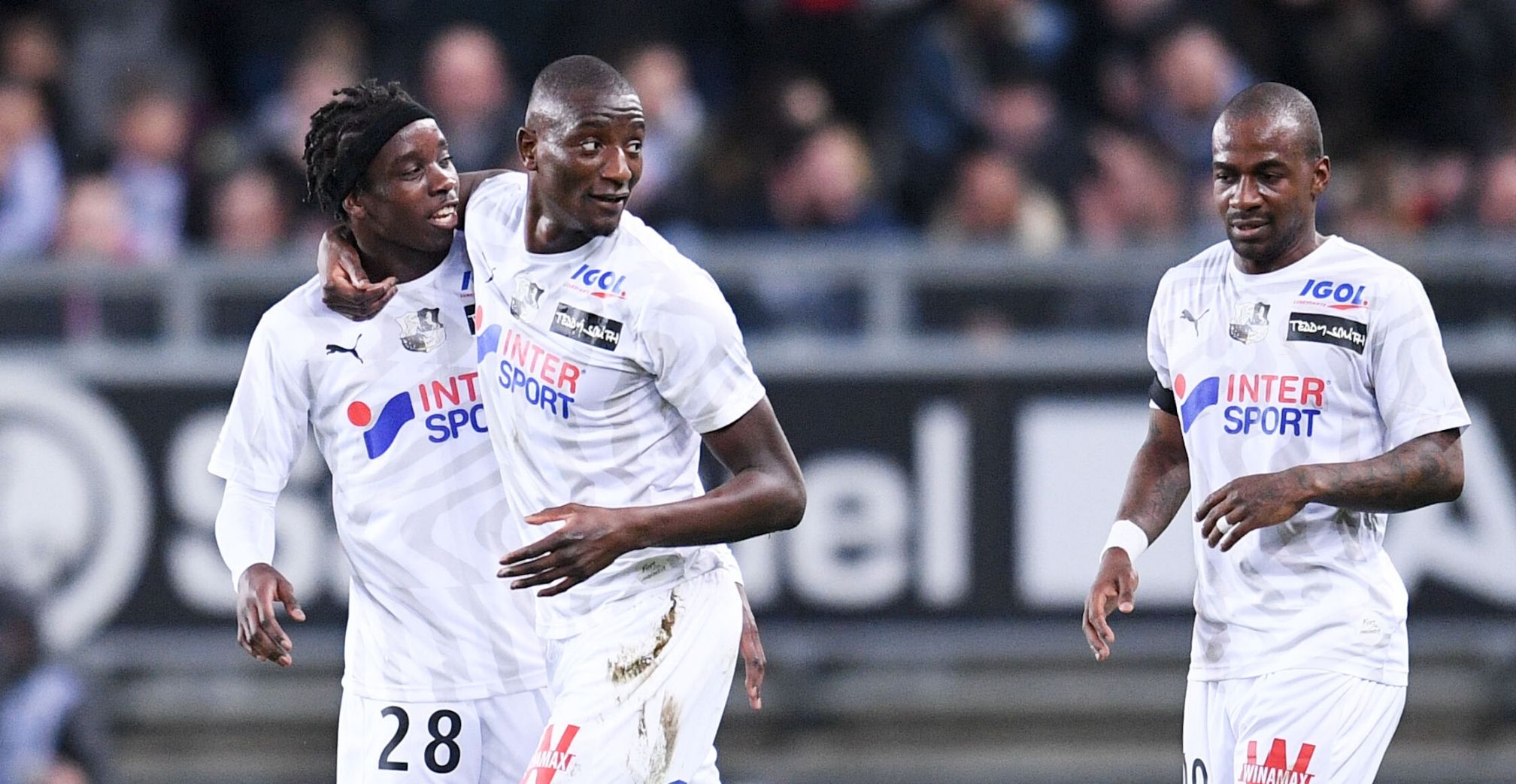 It would be hard to go past his injury-time leveller against PSG. Despite having played out of his skin - like the rest of his teammates - for 90 minutes, Guirassy had not only the legs to hare down the pitch and get on the end of Quentin Cornette's cross but the nerve to finish first time despite the close attentions of his defender.

"I don't like to list my qualities, I know that I have points to work on. But I am a player who likes to score! More seriously, when you are an attacker, you must know how to do everything, be able to adapt to all types of situations. You must be able to store, go deep and know how to vary your game to the fullest."

- On his playing style

"Football is all about confidence. Right now, I'm at a good club and I feel great. I have everything I need to work well. That helps a lot. And the coach has some really good ideas. We're all on board. He called us all individually (at the beginning of the season) and presented his ideas to us. He's a great guy. He's honest and he says what he has to say. He gives a lot of advice. He's important to my success."

- Happy with his current situation at Amiens SC

"Serhou is a young player and he also makes mistakes on the field. But he has been so valuable in many matches. What I liked enormously is that, despite the fact that his match didn't go as he would have liked, he didn't let up. He made defensive efforts, he tried to make up for it when he lost the ball. He doesn't always score, but in terms of mentality, he is irreproachable. For us, it's a joy to have a player like that. He will continue to learn, he is a great player and we are here for him."