Jonathan David or Renato Sanches may grab the lion's share of the headlines at LOSC, but no player has been more central to their climb into second behind Paris Saint-Germain than wing wonder Jonathan Bamba…

Lille colleagues Mike Maignan and Jonathan Ikoné have both made recent France squads, but Bamba's name was conspicuous by its absence once again when Didier Deschamps named his latest ensemble for the upcoming games against Finland, Portugal and Sweden recently.

With four goals and four assists this season, no LOSC player has been more involved in les Dogues' attacking output than Bamba, who at 24 remains without an international call-up since June 2019…

Born in Alfortville, a southeastern suburb of Paris, in March 1996, Bamba was initially overlooked by local giants PSG, instead getting his start in pro youth football with AS Saint-Etienne who snatched the young winger up at the age of 15. Four years later and frustrated with his lack of first-team opportunities, Bamba returned to the French capital on loan with Paris FC - the club that split from PSG in 1972 and has remained in its shadow since.

A French youth international - albeit one who is still eligible for Côte d'Ivoire - ASSE knew they had a talent on their hands, though, and refused to add an option to buy the players. He further refined his craft in loan spells in Belgium with Sint-Truiden and in Ligue 1 Uber Eats with Angers SCO before returning and finally getting a run in les Verts' first team in the 2017-18 campaign.

Seven goals and nine assists in 34 games later and Lille made their move - although amid significantly less fanfare than David from Gent and Sanches from Bayern Munich two seasons hence. 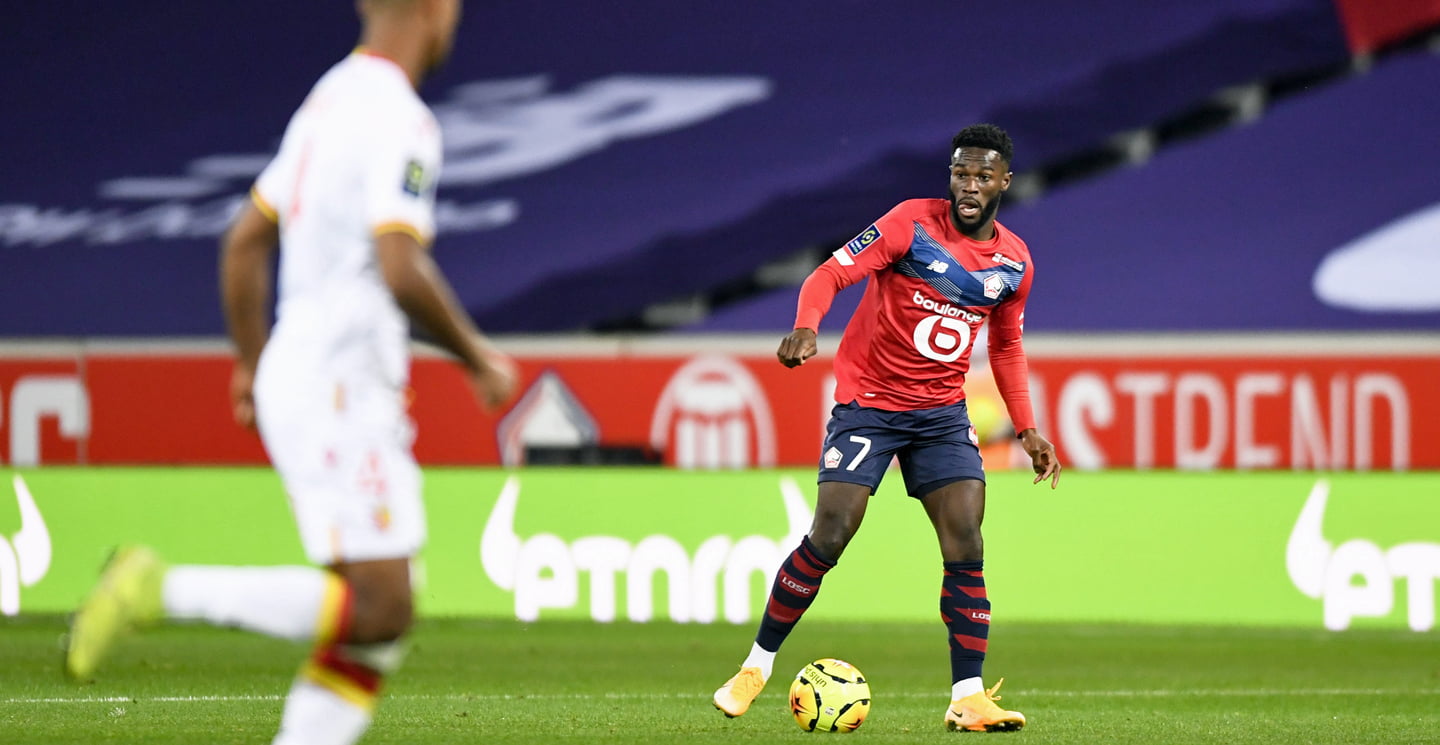 David - considered the great hope of Canadian football alongside Sanches's former Bayern teammate Alphonso Davies - is yet to open his Lille account. Sanches, has impressed in fits and spurts, often from the right flank. But on the opposite side of Christophe Galtier's preferred 4-4-2, it is Bamba doing the most damage to opponents.

With his low centre of gravity, fast control and even quicker turn of pace, Bamba has added a level of decision-making to his game which makes him almost impossible to contain. Right-footed, he times his runs in from the left to perfection, sometimes teeing up teammates from the edge of the box; other times finding space in the area himself to convert.

Bamba has been in Galtier's first XI from the start - indeed, only centre-back Sven Botman has amassed more Ligue 1 Uber Eats minutes among Lille's outfield players. Having only scored one league goal last term, Bamba has raised his game this. Openers against fellow European aspirants Stade Rennais FC and Olympique Lyonnais highlight his growing big-game potential, but perhaps his best performance came against RC Lens in Round 7, when he scored one and assisted two more in a 4-0 rout.

"For me, it was out of the question that I'd leave. I had things to prove, above all to myself. We reflected on it with those around me and my advisers. I'm a competitor. Last season was not good in terms of my expectations. I wanted to give back the faith that was placed in me. Today, it's paying off. It's up to me to keep helping the team."

"Jonathan's been in fantastic form at the start of this season. Full credit to him. Jo's on the pitch more often than not, and if that's the case, it's because he's an important player for the team. He helps keep us balanced, and, most importantly, rediscovered the form he showed two years ago."

Galtier on Bamba's impressive start to the campaign 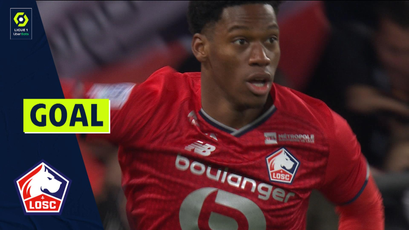