One to watch: Eduardo Camavinga

Stade Rennais FC will take part in the UEFA Champions League for the first time in their history next season. While many have contributed to the club's recent success, few have been as important as 17-year-old Eduardo Camavinga.

Rennes were third when the 2019-20 season was cut short due to coronavirus. Whilst not everybody was happy with the decision to truncate the league season, there was not arguing with les Rouge et Noir's points haul.

Incredibly, it was Camavinga who pulled the strings despite his tender years. Operating at the base of midfield, only top scorer M'Baye Niang, captain Damien Da Silva and fellow defender Hamari Traoré played more league minutes among outfield players.

What else is there to know Rennes' most promising talent in a generation?

Born in Cabinda province, Angola, in 2002, Camavinga moved to Brittany with his family when he was two and joined Rennes' fabled academy at the age of 11.

From Yoann Gourcuff to Ousmane Dembélé, some of French football's brightest young talents have passed through La Piverdière, but Camavinga's progress was quicker than anyone who had gone before.

He made his Ligue 1 Uber Eats debut for the club in a 3-1 loss at Nîmes Olympique in April 2019 at the tender age of 16 years and five months old, becoming the youngest player ever to represent the club. Winning has become more common for club and player since, and it was only a matter of time before France came calling.

Although he was born in Angola to Congolese parents, Camavinga was granted French citizenship last November, and a week later debuted for les Bleuets in a 3-2 win over Georgia at the UEFA European Under-21 Championship.

Part of what makes the left-footer's rise so special is that he is a defensive midfielder holding his side together, not a young whipper-snapper up front with banks of seasoned pros behind him to mop up his mistakes.

He currently stands at 6'0" and could get even taller, but Camavinga simply oozes elegance and timing, a drop of the shoulder to elude and opponent here, a laser-sighted pass to find a teammate there. He can also win the ball back handily when his team have lost possession.

In terms of style, it's not altogether different to how current OGC Nice coach and former Arsenal and France superstar Patrick Vieira used to interpret the game. Vieira won the FIFA World Cup and UEFA European Championship with France, and Camavinga one day achieving similar already seems like a decided possibility. 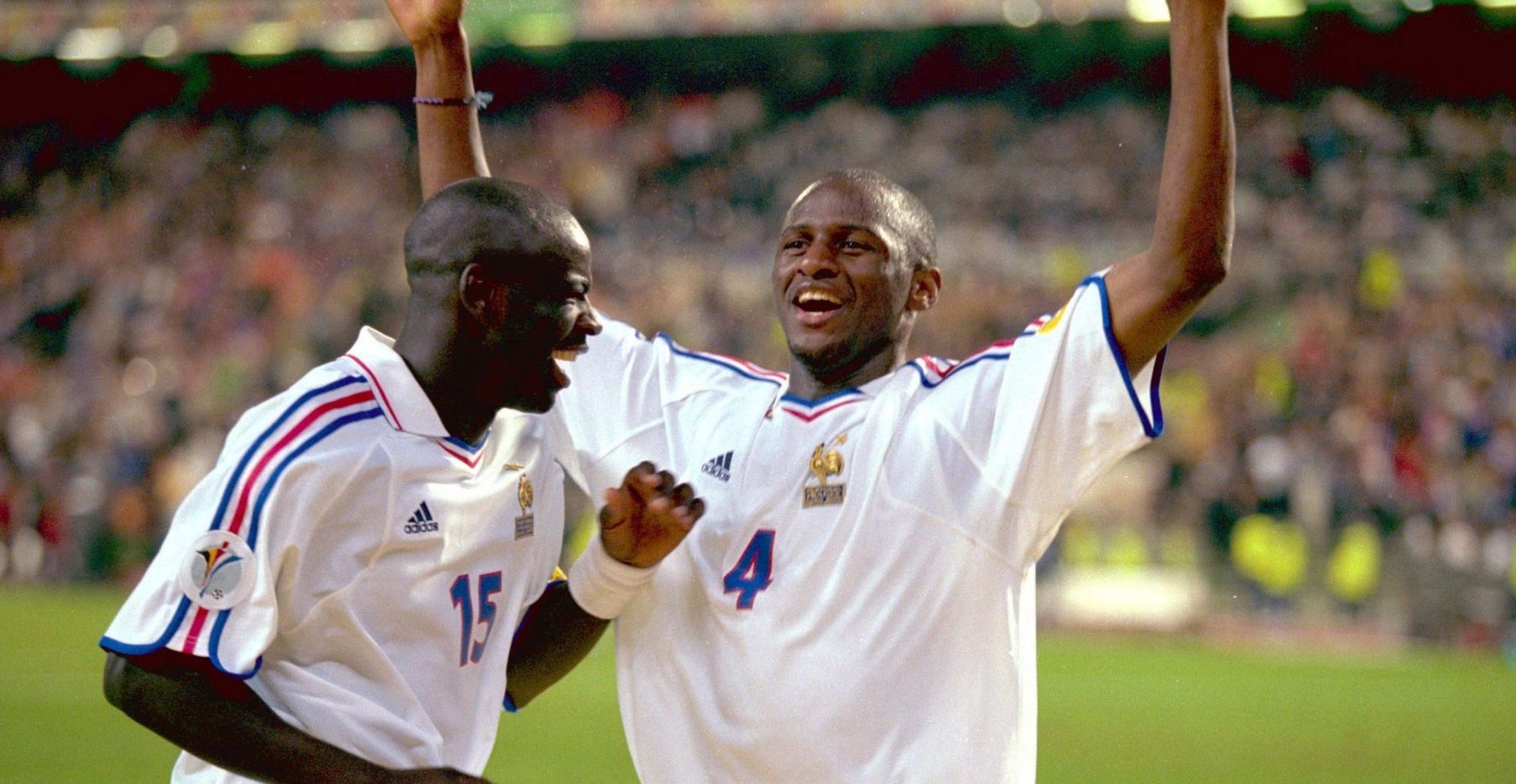 The 2020-21 Ligue 1 Uber Eats season is only one game old, and Camavinga was perhaps surprisingly on the bench for Rennes' trip to LOSC - the side the pipped to the podium last term - although match fitness or a lack thereof was put down as the reason.

Trailing 1-0 after Jonathan Bamba's first-half opener, Stéphan sent Camavinga on for Benjamin Bourigeaud on 64 minutes, and 10 minutes later the youngster had set up Da Silva for the equaliser, heading a corner onto his captain to seal a share of the points at the back post.

Rennes are at home to Montpellier Hérault SC next time out. Expect a fully fit Camavinga to start, with a three-point haul rather more likely with him on the field.

Making your top-flight debut at such a young age is one thing, but bossing the midfield against champions PSG is quite another. That's exactly what Camavinga did last August, leaving Marco Verratti, Marquinhos and the like in his wake as Rennes sealed an unlikely 2-1 win at Roazhon Park.

Edinson Cavani had given Paris the lead but Rennes fought back to win 2-1, Camavinga leading from midfield and providing the assist for Romain Del Castillo's winner. He was later awarded the Man of the Match.

"Nice win against PSG, happy to have been elected MVP of the match. Thank you for your messages," he tweeted.

Camavinga has only scored one top-flight goal in his short career to date, but it was one to remember. There had been precious little to separate Rennes and fellow European aspirants Olympique Lyonnais at the Groupama Stadium last December, but Camavinga's intervention in the 89th minute meant Rennes escaped with all three points.

The youngster picked up possession in central midfield, shrugged off Bertrand Traoré, tricked his way past Joachim Andersen and had finished quickly on his weaker right foot before a recovering Rafael could get anywhere near him.

"I've got two years left on my contract. I'll be a Rennes player this season. I don't pay any attention to transfer rumours. They don't concern me. It doesn't bother me at all. It's football. Some things are true and others are false." - Camavinga on reported interest from Real Madrid

"Since he joined us at 10 years old from a local club, he was destined for great things. He was always ahead of everyone else in his age group but also everyone else one or two age groups above in terms of talent, intelligence and maturity." - former Rennes academy director Landry Chauvin

"We were like 'wow.' He was incredible. Technically and physically, he's a monster. Everything he does is perfect. For me, he's the definition of a modern midfielder. There's nothing he can't do. He can defend, tackle, head the ball, create, score, assist. He's powerful but gifted technically with his left foot. He's intelligent, elegant. You rarely see a player like him at his age. Let's not forget: he's still 16." - former Rennes teammate Hatem Ben Arfa