PSG fans worried what their attacking verve down the right might look like with Thomas Meunier departing for Borussia Dortmund have had those fears allayed and then some since Florenzi arrived in Paris.

Last season's runners-up get their 2020-21 UEFA Champions campaign underway against Manchester United on Tuesday. Ligue1.com takes a closer look at one of their key performers…

Born in Rome, Florenzi joined the youth academy at local club Roma at the age of 10, and nine years later made his debut for the first team in a 3-1 win over Sampdoria, replacing club legend Francesco Totti. Nearly 10 years on and Florenzi has become something of a cult hero himself, racking up 28 goals and 32 assists in 280 games for his hometown club, despite two loan spells at Crotone and Valencia prior to his arrival at the Parc des Princes.

At international level, Florenzi was a runner-up at the UEFA European Under-21 Championship in Israel in 2013 alongside new PSG teammate Marco Verratti. He has long since joined the talented regista in the senior international set-up - both men now have 38 caps to their name - and looks set to be the Azzurri's first-choice right-back at UEFA Euro 2020 next summer, especially if he can keep up his Paris form.

Although nominally a right-back, Florenzi grew up idolising now-AS Monaco midfielder Cesc Fabregas and spent the first four seasons of his career lining up in the middle of the park, and sometimes even on the right-hand side of Roma's attack. A tenacious and tactically intelligent player, Florenzi has been involved 57 league goals since the 2012/13 season - more than any other defender over the same time period across Europe's five major leagues per UEFA coefficient.

The first PSG player to make his Ligue 1 Uber Eats debut in le Classique against rivals Olympique de Marseille since David Beckham back in February 2013, Florenzi was on the wrong side of a 1-0 defeat in that Round 3 encounter. Club and player have been making up for lost ground since, putting together a run of five wins which have seen Florenzi find the target in a 6-1 thrashing of Angers SCO and a resounding 4-0 win at Nîmes Olympique last Friday.

"I remember that at the start of the season [then-Crotone manager Leonardo] Menichini asked me if I could play full-back since he had no one in that position. Quarter-back?! Ok mister, give me that shirt. So I became a starter in Serie B and for [Italy Under 21 coach Ciro] Ferrara in that period."


Florenzi on his early positional shift from midfielder to full-back

"I'm particularly proud and happy to become a PSG player. It's one of the major clubs in Europe today, as confirmed by its journey to the Champions League final last month. We have great challenges ahead of us this season and it'll be a pleasure and honour to meet them alongside my new teammates, who are among the best players in the world."

Florenzi on becoming a PSG player this summer 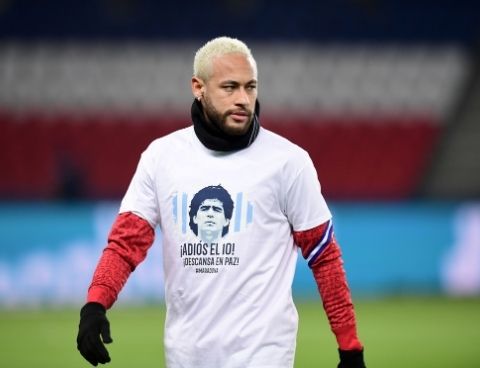