One to watch: Burak Yilmaz, providing Turkish delight in Lille

One to watch: Burak Yilmaz, providing Turkish delight in Lille

Jonathan David's big-money arrival from Gent - to replace the Napoli-bound Victor Osimhen - rather grabbed the column inches in northern France last summer, with the signing of 35-year-old Yilmaz from Turkey somewhat under the radar.

But with a hand in a goal every 105 minutes he has turned out for Lille this season, Yilmaz is proving that there is still plenty of life in this particular old Dogue yet.

Born in Antalya in July 1985, Yilmaz is the son of former Turkish Super Lig goalkeeper Fikret Yilmaz. Like his father, Burak had a passion for the game; but unlike him, the younger Yilmaz was far more worried about scoring goals than keeping them out.

Having made his breakthrough with local side Antalyaspor as a 16-year-old, Yilmaz spent most of the last decade in the upper echelons of Turkish football - a two-year sojourn with Chinese Super League side Beijing Guoan aside.

One of only nine players to have played for each of Turkey's Big Three of Galatasaray, Fenerbahce and Besiktas, Yilmaz is also his nation's second-highest goalscorer with his 27 strikes from 64 caps leaving only Hakan Sukur, who bagged 51 in 112 games, ahead of him. 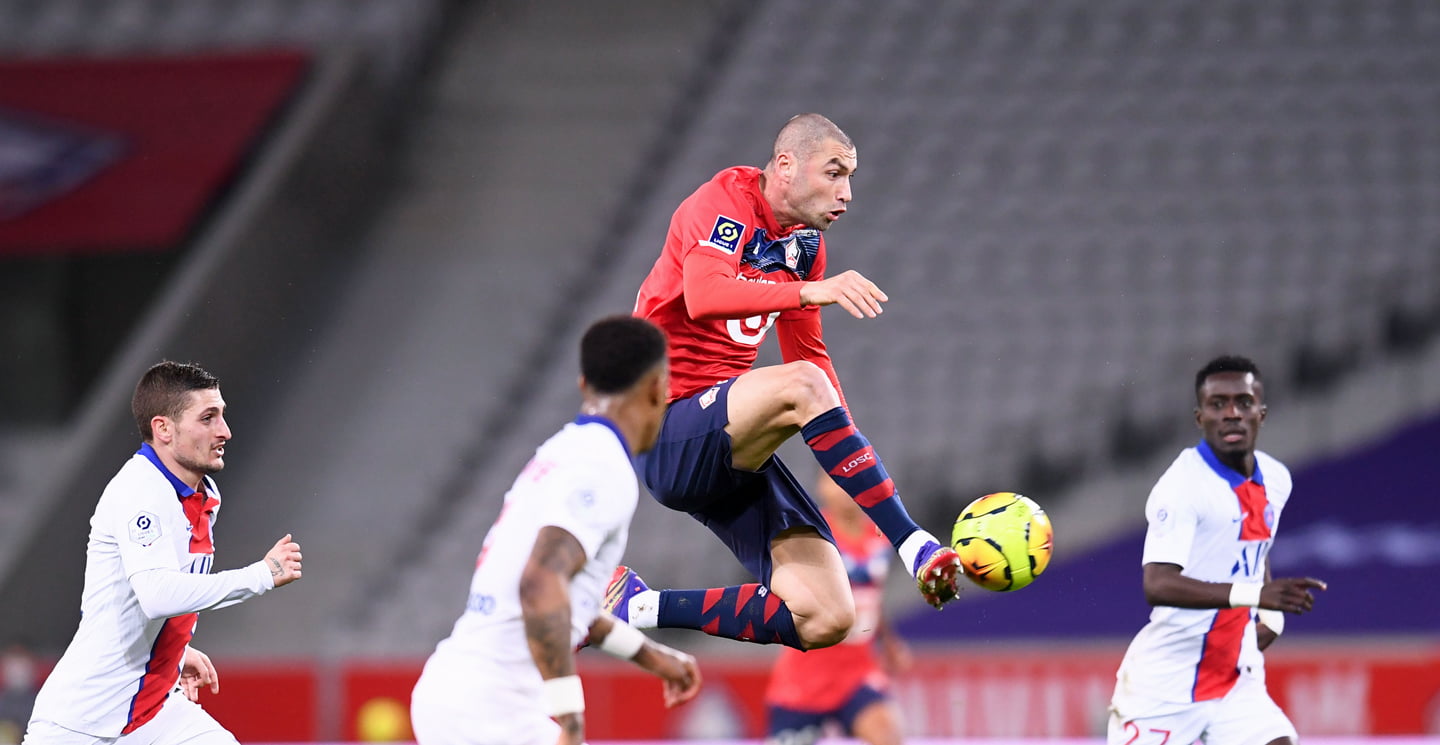 Given that Yilmaz stands 6'2"-tall and turned 35 before the season kicked off, he is quick and mobile despite his age and frame. He may not look it, but he is a quintessential fox in the box - indeed, all nine of his Ligue 1 Uber Eats goals have been scored from inside the opponents' area.

Yilmaz made his Lille debut in the opening day 1-1 draw with Stade Rennais FC, replacing David for the final 26 minutes of the match. His first goal came a month later, when he helped his team to a 2-0 win over FC Nantes. Christophe Galtier seemed to have settled on Yilmaz and David in tandem as his first-choice attacking solution before the former tore his calf muscle in January. Yilmaz missed an unfortunately fitting 13 games in all competitions, but is now two games into his comeback.

Watch: the best of Yilmaz's nine league goals for Lille?

"He told me 'big brother, when you come the number 17 will be yours, don't you worry'."

"I straight away called Yusuf [Yazici] and Zeki and they gave me a really good description of LOSC. I asked them a lot of questions and their answers fulfilled my expectations. The fact they're playing in a context where they're very happy on a personal level was a very important factor in my decision."

- Yilmaz on choosing a second stint outside of Turkey, this time in France.

"You have to realise that he's a huge star in Turkey, not far behind Hakan Sukur. He can't go out in the street otherwise there's a riot! Once I wanted to try out one of the best restaurants in Istanbul but it was full. Burak made a call and got me a table straight away."

- Former Lille centre-back Aurélien Chedjou, who was a teammate of Yilmaz's at Galatasaray.