The fabulous destiny of Etienne Green

He's got "quite a name for a player who's come through the Saint-Etienne youth academy" says coach Claude Puel, and Etienne Green certainly made quite an impact on his first-team debut.

With first-choice goalkeeper Jessy Moulin injured and back-up Stefan Bajic also sidelined, the 20-year-old made his senior competitive bow for Les Verts — the Greens…see what Puel means? — wearing the club's iconic green shirt in their 2-0 win at fellow strugglers Nîmes on Sunday.

"It's a coincidence of circumstances, I'm fortunate," said Green, who was born in England to a French mother and English father. "For the third-choice goalkeeper, it's never easy to prepare. I prepared myself just as I would for any other game, and it worked. Right from the first ball, which is always important for a goalkeeper, everything went brilliantly. Everything went for me. Saving a penalty was really great."

That moment came five minutes from the end of the game when Green was penalised for a foul on Karim Aribi. Renaud Ripart had previously scored all six top-flight spot-kicks he had attempted, but saw Green blot his copybook.

"We'd watched the video. I knew he would open his foot up," explained Green. "I decided to go left and saved it."

He added: "The team gave me an incredible welcome back to the dressing room. I'll remember that all my life."

"It's fabulous for a kid to have a debut like that," said Puel. "We signed him to a pro deal last year, but there were a lot of things he was lacking. He needed to affirm his character and his personality. He's intelligent and calm, but was rather introverted. André [Biancarelli, Saint-Etienne's goalkeeping coach] opened him up. There's not a lot else to say, and he has quite a name for a player who's come through the Saint-Etienne youth academy."

How it started How it’s going pic.twitter.com/qex7IKLzoC

Green joined the club after which his parents named him in tribute aged just nine, and before the game the Saint-Etienne Twitter feed published a picture of him as a mascot in front of legendary goalkeeper Jérémie Janot.

"I played 386 games for Les Verts and wore the green shirt four times," tweeted Janot himself. "It was statistically impossible for Etienne Green to make his first-team debut with the green shirt…and yet."

Green can now prepare himself to face Bordeaux next weekend with Moulin and Bajic unlikely to recover in time.

"It's not presumptuous to say that he didn't surprise me," said Puel, who saw Green become the first Saint-Etienne goalkeeper since Jody Viviani in 2006 to keep a clean sheet on debut. "I knew he was capable of that." 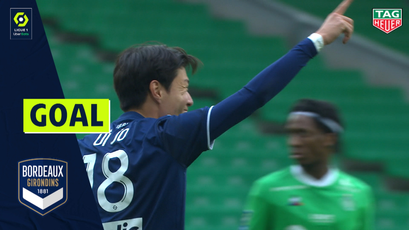 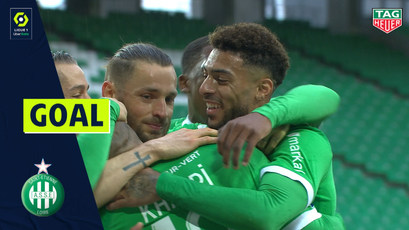