One to watch: Mohamed Bayo

Mohamed Bayo is being tipped to take the top flight by storm after playing a starring role in helping Clermont Foot 63 win promotion to Ligue 1 Uber Eats for the first time in their history. Ligue1.com profiles the prolific goal-getter who is already a target for rival clubs.

Without Bayo, Clermont probably wouldn’t be in the top flight now. If they can keep hold of him their chances of staying in Ligue 1 will improve markedly. But the 23 year-old has inevitably attracted interest from other sides, notably Girondins de Bordeaux. And that was before he started the season by scoring three times in his first two Ligue 1 appearances, netting the opener in Clermont’s 2-0 win at Bordeaux on the opening weekend and then scoring both goals in the 2-0 win over fellow new boys ESTAC Troyes last time out.

Bayo is certainly going to be one to watch this season so Ligue1.com tells you all you need to know about the big centre forward.

Bayo was born in Clermont-Ferrand on June 4, 1998 and grew up on a housing estate in La Gauthière, a neighbourhood of the city which is little more than a stone’s throw from the local football club’s Stade Gabriel-Montpied. He and his brother were raised by a single mother who came to France from her home country of Guinea in west Africa.

Bayo first joined Clermont as a six-year-old and signed professional terms in 2017, making his top-team debut in a Coupe de France tie in November of that year aged 19. After a handful of top-team appearances in the 2018-19 season, Bayo was loaned out to USL Dunkerque in the third tier, finally fleeing the family nest for the first time.

Nevertheless Bayo scored two goals in 10 games in far northern France and the loan was extended into the 2019-20 season. He took off, scoring 12 times in 24 league appearances in a campaign that was ended prematurely due to the Covid-19 pandemic. With Bayo as their top scorer, Dunkerque were second when the season stopped and so were promoted to Ligue 2.

Bayo went up to the second tier as well, but not with Dunkerque. He was recalled by Clermont, who had finished fifth in Ligue 2 in the previous season but had sold prolific striker Adrian Grbić to FC Lorient and so were hoping Bayo’s goals could help them go the extra mile and win promotion to the elite for the first time.

He did not score in any of his first five matches but soon the goals began to flow. There was a hat-trick in a 3-1 win at Valenciennes and another hat-trick in a 5-0 thumping of Dunkerque - they knew all about his threat but could not stop it. Bayo ended the season as the leading marksman in Ligue 2 with 22 goals as Clermont finished second and won promotion to Ligue 1 for the first time.

The next stop is the top flight, and Clermont hope he will stay with them. Interest from elsewhere was inevitable though, and Bordeaux have been linked with the striker, with reports saying they were willing to offer €6 million. However Bayo is under contract until 2023 and Clermont have been hoping to extend his deal.

At international level Bayo has chosen to represent Guinea and he made his debut in an Africa Cup of Nations qualifier against Mali in March, starting in a 1-0 win for a side captained by Liverpool midfielder Naby Keïta.

Bayo is tall and strong, at 1m88 and 76kg. He had posters of Zlatan Ibrahimovic in his room at home and told Onze Mondial magazine that the Swedish striker was the player he resembled the most. However he admitted that he needs to improve in the air. “I am big but heading is not really my strong point. Last season I didn’t score a single header despite being 1m88. It is not my style.”

Bayo must have been working on that side of his game in pre-season because he scored with his head against Troyes last weekend, meeting a corner at the near post and flicking the ball into the net off the far upright. It was his third goal already this season in just two games - all three came from inside the six-yard box.

What you didn’t know:

The 23 year-old is a fan of the series Peaky Blinders and in particular of the lead character, Tommy Shelby. “I like his personality. I see myself in him. He is an audacious guy who likes to try things. I am audacious too when I’m on the pitch. He is a great source of inspiration for me.”

“She made sacrifices for us. She worked twice as hard to be able to pay for our licences and kit. All this is thanks to her. I owe her everything.”

To L’Equipe on his relationship with his mother.

“To start the season like this is great, especially for a newly-promoted team. For me it is a unique feeling, to do this at home, in front of my friends and family. It makes me want to keep on scoring.”

“He knows that he is surrounded here by people who believe in him. He deserves to play in Ligue 1 and I hope it will be with Clermont because we will give him the time he needs to work on his game. It is not certain that will happen elsewhere, but he and his agent have their heads screwed on. They have not made any mistakes so far.” 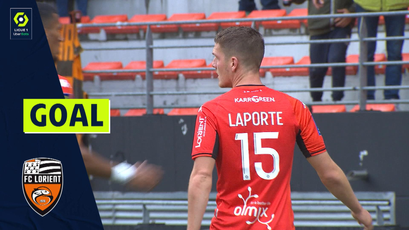 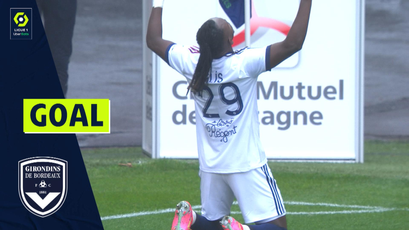