Mattéo Guendouzi has been restored to the France squad after a two-year hiatus following a blistering start to his Olympique de Marseille career, but what else is there to know about the Arsenal-owned midfielder?

Guendouzi has been called up to Didier Deschamps' most recent France squad with the world champions taking on Belgium in the UEFA Nations League semi-final on Thursday before resuming their 2022 FIFA World Cup qualifying campaign against Kazakhstan and Finland.

Last called up in September 2019, it is easy to forget Guendouzi is still only 22, but with a goal, an assist and 14 points collected from eight games since swapping North London for the Mediterranean coast, he was impossible to ignore.

Born to a French mother and Moroccan father in Poissy on the outskirts of Paris in April 1999, Guendouzi joined the Paris Saint-Germain youth academy at the tender age of six, but made the switch to FC Lorient at 15, and it was with les Merlus that he made his Ligue 1 Uber Eats debut six months past his 17th birthday.

After two years as a midfield cornerstone at the Stade du Mustoir, Arsenal made their move at the start of 2018/19, coach Unai Emery promising that the youngster would be "an important part of the first-team squad." So it proved for the next two seasons, Guendouzi racking up 82 appearances in all competitions, which included a runners-up medal in the 2019 UEFA Europa League final against Chelsea.

Mikel Arteta's vision for Arsenal wasn't the same as Emery's, and after succeeding his fellow Spaniard as coach, Guendouzi was frozen out, spending last season on loan with Hertha Berlin before returning to his native France this summer. 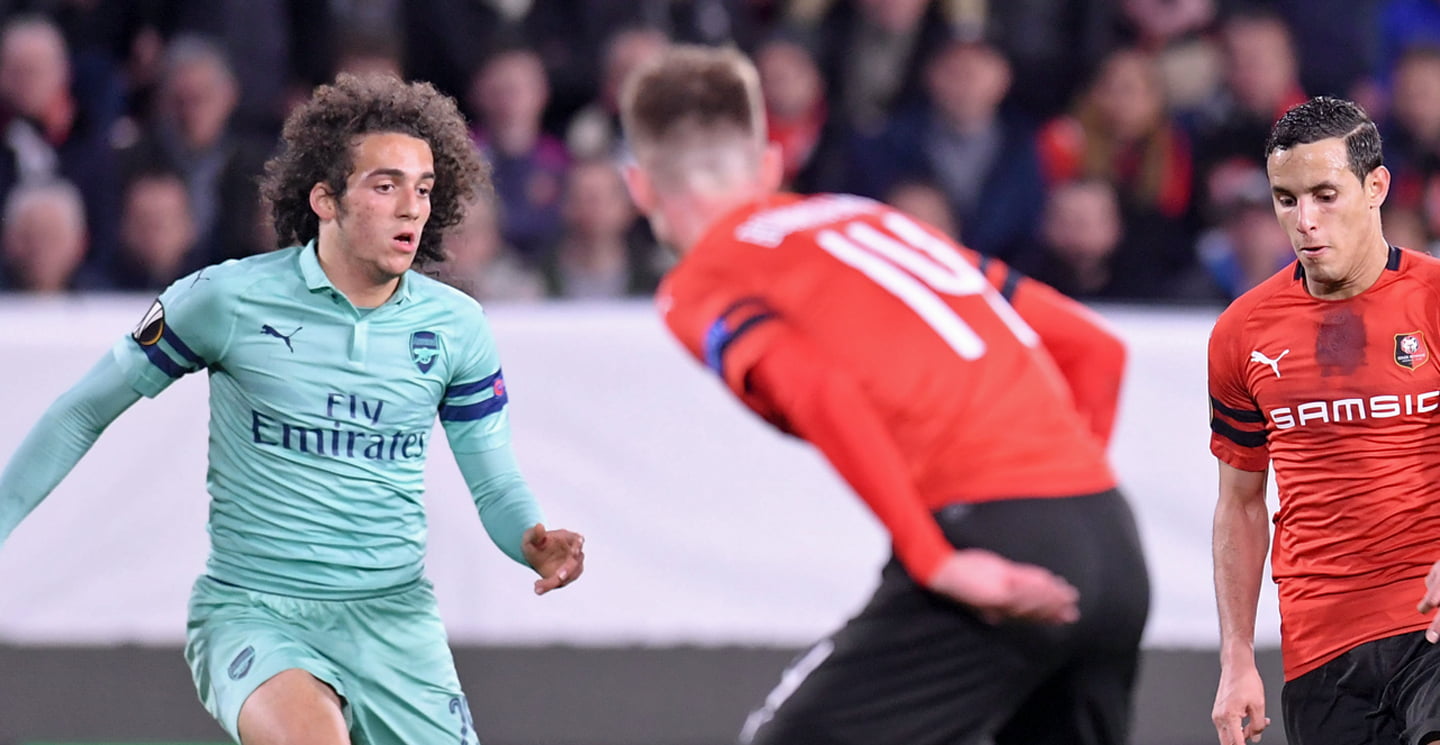 A physical box-to-box midfielder who spent much of his Arsenal career shielding the Gunners' defence alongside captain Granit Xhaka, Guendouzi has been given greater license to get forward by Jorge Sampaoli this season, in the Argentine tactician's rather unusual 3-3-1-3 formation.

In this system, Boubacar Kamara sits, and Guendouzi joins the likes of Cengiz Under, Gerson and Konrad de la Fuente in the final third when OM have possession. Guendouzi's 19 carries into the final third are a high among Marseille midfielders, as are his 44 progressive passes.

Guendouzi made his debut in the opening day 3-2 win at Montpellier Hérault SC and has barely looked back. He has started all but one of OM's games -  a goalless draw at Angers SCO - opening his account for the club in their 3-1 win over Saint-Étienne in Round 4.

Guendouzi endeared himself to the Phocéens faithful when he protected Payet from OGC Nice fans in August, and if OM win their rescheduled fixture on 27 October, they could pull back up to third in the table.

"Guendouzi is a modern midfielder, technically strong and with good passing quality. A player of character, he has a good vision of the game. These qualities he will undoubtedly be able to share with the Olympic de Marseille team."

- Marseille on acquiring Guendouzi from Arsenal.

"The Marseille fans are incomparable. At Arsenal, there's a big stadium, but it's totally different. The best atmosphere is here."

- Guendouzi in turn loving life at the Orange Vélodrome.