Karl Toko Ekambi is scoring goals for fun at the moment and the Olympique Lyonnais forward will be hoping his purple patch will continue against high-flying Lens on Saturday evening.

The Cameroonian international attacker opened the scoring at Nice in Round 11 - the seventh goal he'd netted against Les Aiglons in the top division - and OL went 2-0 up before a remarkable Nice comeback saw Peter Bosz's side fall 3-2. Toko Ekambi scored his first goal of the season in the 2-0 UEFA Europa League victory at Glasgow Rangers on September 16 and hasn't looked back, netting nine times for club and country in a little over a month.

Toko Ekambi, 29, is the top scorer with five goals in the Europa League, a competition in which OL have a 100% record with three wins from three, and his goals have helped make up for the absence of injured forward Moussa Dembélé. The former Villarreal player's mobility perfectly complements the guile of Lucas Paqueta in the false nine role.

Bosz: "He's there to score goals"

Bosz commented before the Nice match: "He's a forward and he's there to score goals. He has his qualities and is a really good player. He's fast and we don't have many who can run in behind defences the way he does. He hasn't just proved himself this season. He scored a lot of goals last season as well.  He's a goalscorer. He's playing every game at the moment and we'll assess when he might need a rest. We can also manage his training workload. I gave him two days off following the Monaco match."

Toko Ekambi netted against Monaco in Round 10 and followed that up with a double at Sparta Prague as OL recovered from 2-0 down to win 4-3 in the Czech capital. With three Ligue 1 goals in his last four outings, Toko Ekambi is showing the form that could see him challenge last season's total of 14.

Substituted in the 88th minute at Nice, Toko Ekambi has played 1109 minutes at club level in all competitions this season but is so important to Lyon's style of play - especially given Tino Kadewere is suspended following his red card at Allianz Riviera - that it is hard to see Bosz resting him against Lens.

"It's like whether PSG play with or without Mbappé"

Lyon midfielder Maxence Caqueret, an all-action player himself, is impressed with Toko Ekambi's endurance. Caqueret said: "He covers so much ground and that's great for us midfielders and the defenders. He puts in so much work, and he scores goals!"

Having taken on extra responsibility in the Lyon attack since the departure of Memphis Depay, Toko Ekambi's importance to the side's set-up has not gone unnoticed by French journalists. Speaking on a podcast, L'Equipe's Hugo Guillemet commented: "it's like whether PSG play with or without Mbappé. When PSG play without Mbappé, opponents know they can play much higher up the field because they can afford to leave space behind their defence. It's a similar situation with Toko Ekambi at OL. When the attack contains Slimani, Shaqiri, Paqueta and Aouar, you know that none of them are going to make a 50-metre run in behind the defence." 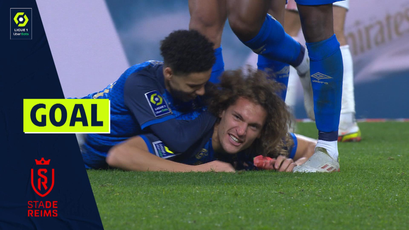 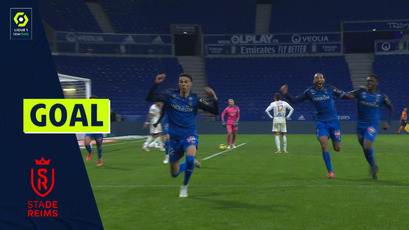