Seko Fofana was tipped to be the new Yaya Touré while at Manchester City where he learned from Patrick Vieira and Samir Nasri, but he made his name with Udinese in Italy before becoming a linchpin of the Lens side taking Ligue 1 Uber Eats by storm.

ligue1.com picks out five things that make the Paris-born midfielder a special player.

"I started at the age of 9. I spent six years at Paris FC. I joined Lorient, where I stayed for two-and-a-half years. In 2013, I signed my first professional contract with City," said Fofana to explain his path from the French capital — where he was born on 7 May 1995 — via Brittany where he was coached by Julien Stéphan to Manchester City.

Between January 2013 and his departure in 2016, he did not make a first-team appearance for the English Premier League club, but he did pick up senior experience while on loan at Fulham — then in the Championship — in 2014/15 and Bastia, where he made 32 Ligue 1 Uber Eats appearances in the 2015/16 campaign.

Though he did not fulfil the club's hopes that he would succeed Yaya Touré as the first team's driving force, his time at City was still beneficial. "I got advice from first-team players and Patrick Vieira," explained Fofana, who was coached by the former Arsenal and France midfielder in City's Elite Development Squad, and picked up tips from then-City man Samir Nasri.

"Samir Nasri impressed me a lot during my first year. He could do everything. David Silva too. It's incredible, he never loses the ball. They're great professionals, very committed."

2) The Elephant in the room

The parallels with Yaya Touré were not purely in terms of his style of play. Though born in Paris, Fofana has family roots in Côte d'Ivoire, and despite having represented France up to U19 level, he — aged 21 — opted to play his senior football for the African nation.

His debut came in a 2-0 defeat in a 2018 FIFA World Cup qualifier against Morocco on 11 November 2017. He made a further five appearances before — in October 2021 — Fofana decided to put his international career on hold.

"It's difficult for me to talk about it because it's a completely personal choice and one that he has thought long and hard about," said Fofana's club coach Franck Haise. "He's a thoughtful guy and has a lot of character. If he's taken this decision, it's he who has made it, it's not just dropped out of the sky."

Time to add a new CM to your @Ligue1UberEats squad 💪

With their first team already well stocked, City accepted a €3.5m bid for Fofana from Udinese in 2016, and during three seasons in Italy, his career took off. Fortified by his experience at Bastia, Fofana hit the ground running, and actually netted five Serie A goals — still his career-best tally coming into 2021/22 — in 22 league appearances in his maiden season with the northern Italian club. He eventually played 119 competitive games for Udinese, scoring 13 goals and providing 12 assists before Lens came calling.

'Why Lens?' indeed! That's what Fofana admits he too would have been asking had such a move been proposed earlier in his career, but the pandemic changed his vision of life.

"After the season in Italy, I wanted to come back to France. With COVID, I was separated from my family and friends for a long time. It was a scary situation for us. After I saw that Lens were interested in me, and I saw they were serious, I saw myself being nowhere else but Lens. Atalanta were very close to striking a deal with Udinese, but there was no point, because in my head, I was already here. I went where my heart took me. Today, I have no regrets," said Fofana to explain his summer 2020 switch to northern France.

"I needed to come here, I had a challenge to take up. It would have been easier to go to Atalanta than to help bring a club back up. Two or three years ago, I wouldn't have made the choice to come to Lens. I would have said to my agents, 'Are you serious?'"

A seventh-placed finish in his first season — in which he scored twice in 30 Ligue 1 Uber Eats games — helped convince Fofana he had made the right decision.

"I saw myself in the project, and I was convinced that by working together, with the right attitude, we would manage to get good results. I like taking on impossible challenges. I don't regret it."

5) On tour with Touré

"In front of me, I had almost the best players in Europe. You quickly learn that you have done nothing in football. I was very very far from the top level. It opened my eyes. The first time I went to train with the first team, I only saw big-name players, and I couldn't believe I was there," said Fofana of his time at City.

Though he did not make it into the first team for a competitive game, he played alongside some future stars under Vieira in the club's U23 side: ex-Lille and Monaco man Rony Lopes, RB Leipzig's Angelino, Swansea City midfielder Olivier Ntcham and Lyon defender Jason Denayer. And — just as with Nasri — he got to know first-team stars, including Touré.

"He inspired me a lot," said Fofana. "When we went on tour, we spoke about everything and nothing. I had some times that I will never forget. And on the pitch, he was a role model for me, with his long runs forward, his assists, his goals. He was able to do almost everything, he was complete." 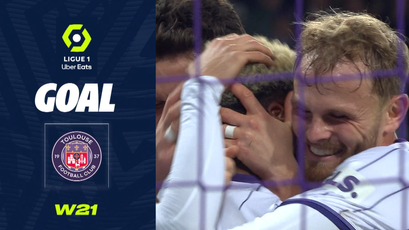 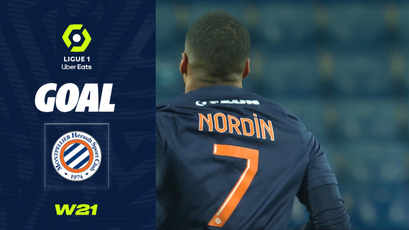