Ben Yedder, Thauvin and Camavinga: three players who could gain from a postponed Euro 2020

UEFA Euro 2020 has been postponed due to coronavirus, but the delayed Finals could play into the hands of Wissam Ben Yedder, Florian Thauvin and Edouardo Camavinga…

For a 29-year-old striker at the peak of his powers - one who has scored as many goals for AS Monaco this season (18) as Kylian Mbappé has for Paris Saint-Germain - it might come as quite some surprise that Ben Yedder's senior France career is only eight games in.

Now the only player to have represented Les Bleus at both football and the beautiful game's sister sport, futsal, Ben Yedder left Toulouse FC for Sevilla in 2016 as the club's top scorer since the turn of the century, but it took until March 2018 - and a brace against Manchester United at Old Trafford - for him to make it into Didier Deschamps' squad.

Watch: The first 14 of Ben Yedder's 18 goals this season!

Olivier Giroud led the line as France won the FIFA World Cup in the summer of 2018 and although he didn't find the target in Russia, the Chelsea forward has retained the coach's faith in Euro 2020 qualifying, scoring six goals in eight games.

Ben Yedder has been increasingly challenging Giroud's place in the team this season, though, and his two goals have come at a rate of one every 139 minutes. Another campaign of top-scoring in France pitted against a nearly 35-year-old Giroud in the summer of 2021 and Ben Yedder could find himself the first-choice striker.

Thauvin assisted Ben Yedder's first France strike, 15 minutes before his own scissor-kick goal, in June's 4-0 win in Andorra. Unlike the Monaco man, Olympique de Marseille's creator-in-chief has been on the international radar almost since the start, winning the FIFA U-20 World Cup in 2013 and featuring, albeit for a matter of minutes, in Russia.

A promising left-footed final third operator when he first joined Marseille from SC Bastia in 2013, Thauvin has gone from strength to strength in his second spell with Les Phocéens after returning from an ill-fated season away with Newcastle United in 2016.

Thauvin plundered a barely fathomable 53 goals and 27 assists in his three Ligue 1 Conforama seasons before the current one and had every right to expect more of the same before an ankle injury which required keyhole surgery restricted him to just 20 minutes of action in 2019/20.

Thauvin, as talented as he is, might not have made the final squad this summer with full match fitness still eluding him. Fit and firing in the summer of 2021, there will be no reason for Deschamps not to take him, especially if Antoine Griezmann - who occupies a similar position - has endured another underwhelming season at Barcelona.

At the other end of the scale in terms of age and experience is Camavinga. The Stade Rennais FC midfielder is only 17, but that hasn't stopped him from underpinning the Bretons' surge to third in the Ligue 1 Conforama standings.

Only two outfield players - top scorer M'Baye Niang and right-back Hamari Traoré - have started more games for Rennes this season. An attacking teenaged talent getting his chance in a team is one thing, but the fact Camavinga is a defensive midfielder who wins back possession and orchestrates play from deep further adds to his mythos.

It is little wonder France raced to nationalise the Angola-born youngster in November. Now a France Under-21 cap playing four years ahead of the curve for Les Espoirs, Camavinga will be an 18-year-old on the top of major clubs' shopping lists by this time next year.

Blaise Matuidi - another left-footed midfielder capable of adding balance to the France midfield - will be 34 next summer. N'Golo Kanté's place in the side is safe. Some have joked his dynamic displays amount to an extra player being on the pitch. It would be folly to dismiss the chances of the Kante twins having this particular wonderkid alongside next summer. 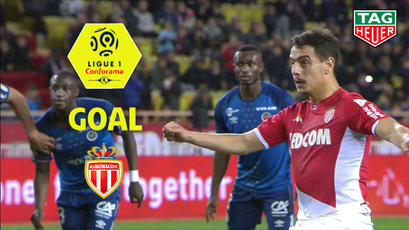