Peter Bosz might not be as fiery a character as Jorge Sampaoli but the Olympique Lyonnais coach shares a philosophy of attractive attacking football with his Marseille counterpart, who he faces in Sunday’s Olympico.

France is still getting to know Bosz, the 57-year-old Dutchman appointed by OL in the close season. Thirteen Ligue 1 Uber Eats games into his tenure and Lyon lay in seventh position, four points adrift of the podium place that is their target. They have been outstanding in the Europa League, four wins in four games securing a place in the knockout phase, but domestically Bosz’s Lyon have been inconsistent and there have been some spectacular defeats - 3-0 at Angers SCO, 3-2 at OGC Nice having been two goals in front with 10 minutes left, and 4-1 away at Stade Rennais FC.

“We are at the beginning of a process,” Bosz said after that defeat in Nice in October, his suggestion that he needs time followed by an admission that he will be judged on results. “Of course the most important thing is to win and get points.”

Sunday will be Bosz’s first taste of the Olympico, the fixture that has become the fieriest in the French game and could be even more so now with the passionate Sampaoli prowling the Marseille technical area. Yet big games against Marseille are not something totally new to Bosz - he played for OM’s near neighbours SC Toulon between 1988 and 1991. That explains why Bosz - whose teammates at Toulon included current FC Nantes coach Antoine Kombouaré - already had a good grasp of the language when he arrived in Lyon.

“I played here myself more than 30 years ago and I thought it was a very attractive league,” Bosz said in an interview with UEFA.com in September. “In the Netherlands and in Germany, up until this year people couldn’t watch Ligue 1 on television, so we didn’t know it, but I had a fantastic time here 30 years ago. Deep down I probably always knew that I wanted to come back here to coach.”

Bosz is a Francophile, even if he has been known to sometimes revert to English to get his point across, like when he said the defeat in Angers in August “makes me crazy”. He is well travelled too. If the best years of his playing career were spent at Feyenoord, the versatile midfielder, defender or full-back also briefly played in Germany and went to Japan for a stint with JEF United Ichihara before hanging up his boots.

After spells coaching Heracles Almelo and Vitesse Arnhem, he was lured to Israel for a stint in charge of Maccabi Tel Aviv, where a certain Jordi Cruyff was the technical director. Before returning to France this year he had been working in the German Bundesliga, at Borussia Dortmund and then Bayer Leverkusen. 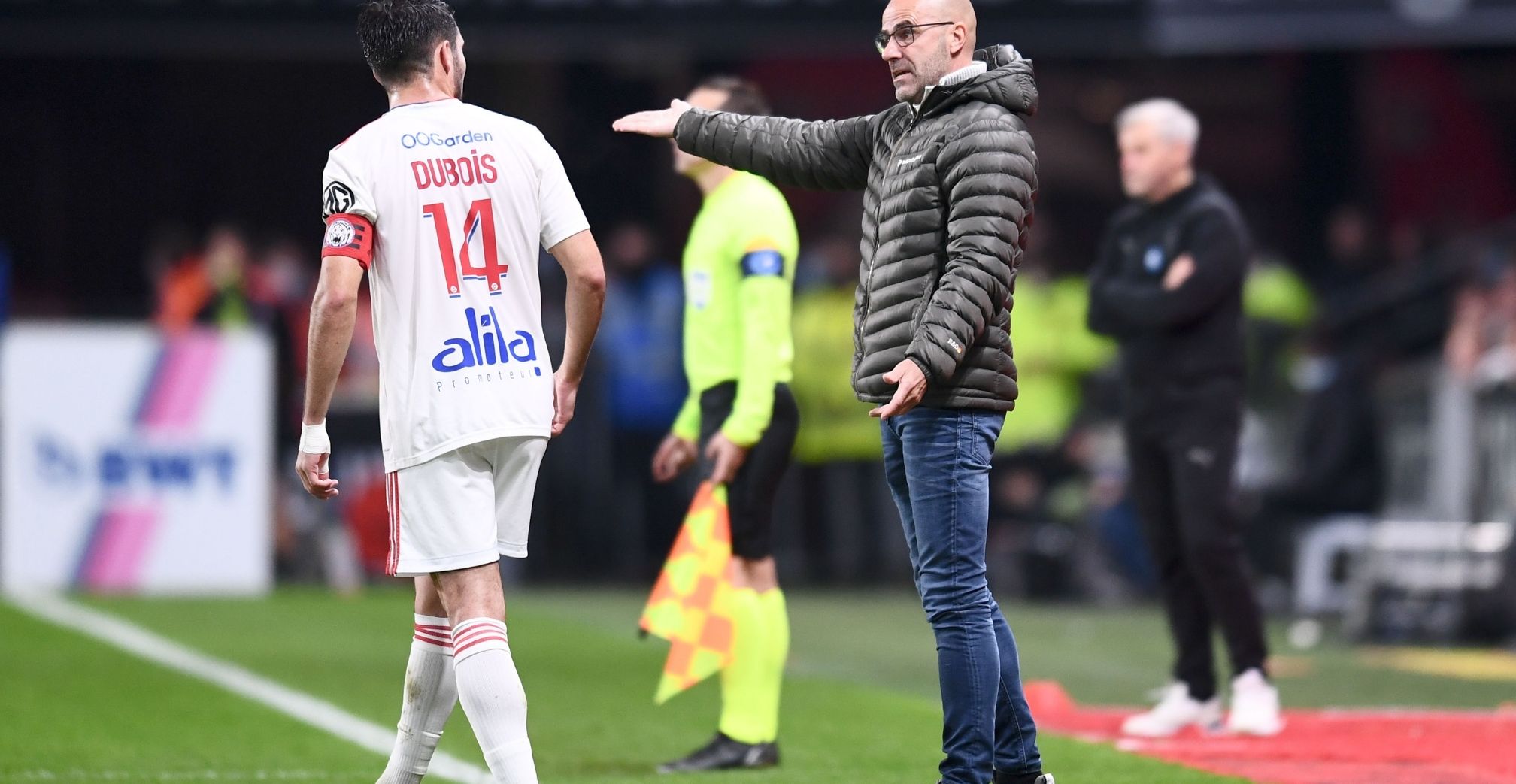 It is his one season in charge of Ajax which really forged his reputation, though. Bosz’s team finished second in the Eredivisie behind Feyenoord but he led them on an enchanting run to the Europa League final, knocking out Lyon in the semi-finals before losing to Manchester United in Stockholm. That was a breakthrough season for players like Kasper Dolberg, André Onana, Dávinson Sánchez, Donny van de Beek, Matthijs de Ligt and even Frenkie de Jong.

It didn’t quite work out for him at Dortmund, where he lasted just a few months, but Bosz revived his reputation again in more than two years in charge at Leverkusen - where he had the likes of Julian Brandt and Kai Havertz at his disposal - and at Lyon he has the chance to help bring through more exciting young players, albeit with the pressure of getting results.

That “process” that Bosz talked of after the defeat at Nice is centred around playing attractive football, a philosophy inspired by Pep Guardiola but also, and chiefly, his idol, Johan Cruyff. “I had only one idol,” he told The Guardian in 2017. “I knew from the age of 16 that one day I will become a coach.”

“One of Cruyff’s fundamental convictions was that we play for the supporters and so have to offer them something. But Cruyff was also a winner. Of course there are different ways of winning,” Bosz told UEFA.com. “I don’t talk about systems because the system depends on the players you have. In my case, my philosophy is about playing attacking football, putting pressure on the opponent, defending in an aggressive manner, trying to win the ball back as quickly as possible and then scoring as quickly as possible.”

Under Bosz Lyon have been entertaining, with 33 goals scored in 17 games in all competitions but also more goals conceded (21) than any other team in the top half of the Ligue 1 table.

Then there is the discipline. Bosz made headlines when he revealed he had banned mobile phones from the dressing room, in team meetings or when players are getting a massage. “For me it is a lack of respect towards the physio who is looking after your body,” he said, telling Le Parisien: “The world has changed but there needs to be rules. The players are entitled to try to convince me if they think a rule is not good and it needs to be changed. I am open, they can come into my office. I am not a policeman.”

Bosz is also honest in his post-game assessments, saying: “When I was a player, I hated coaches who said things to the media that were not true. I didn’t understand it. I am not going to say that a player was good when he was bad.”

He will hope he can be praising his players after the visit of Marseille to the Groupama Stadium, where Lyon are unbeaten so far this season, with six wins and three draws in nine games in all competitions.