Ligue 1 Uber Eats is rightly renowned as the league of talents, France home to some of the brightest young stars in world football. From Bamba Dieng to Etienne Green, here are the top five you should look out for in 2022.

Dieng joined Marseille from Diambars - a Senegalese production line set up by Patrick Vieira among others - in 2020, but it wasn't until this season that he was really given a chance to shine by OM coach Jorge Sampaoli.

Dieng was handed his first start of the season against AS Monaco in Round 5, and duly rewarded that faith with a brace in a 2-0 win. Despite having Dimitri Payet and Arkadiusz Milik for competition in the final third, he has now racked up 13 league appearances and scored four goals - most recently a stunning overhead-kick against RC Strasbourg Alsace.

Watch: Dieng's fourth - and best - goal of the season so far

Signed from FC Nordsaelland at the start of the season, Sulemana has slotted straight into coach Bruno Génésio's attacking Rennes vision, lining up one the left side of either a 4-4-2 or, latterly, a 4-3-3 formation.

Last season it took Jérémy Doku six months to open his Rennes account; Sulemana managed that 14 minutes into his first game - a 1-1 draw with RC Lens. Now up to five goals and two assists in all competitions, Rouge et Noir fans are rightly licking their lips at the prospect of what the 19-year-old can deliver in the second half of the campaign.

AS Saint-Étienne may be propping up the rest of the table as we approach the midway point of the season, but their aptly-named goalkeeper has at least been cause for some optimism at the Stade Geoffroy-Guichard.

ASSE have conceded 39 goals, but that figure might have been 82 had Green not made 43 saves at an average of three per game. France's loss looks like it could be very much England's gain following a switch of international allegiance in October.

40' A very good save by Etienne Green 🏴󠁧󠁢󠁥󠁮󠁧󠁿 to deny Mbappé, followed by another great piece of goalkeeping!#ASSEPSG 1-0 pic.twitter.com/PNnZkeSdBw

Another eligible for both England France, Cho has made the opposite journey to Green, and now turns out for France's under-21s. The young forward, previously in the youth academies of Paris Saint-Germain and Everton, has been trusted by Angers coach Gérald Baticle, and has racked up more minutes than any other attacker at the Stade Raymond Kopa.

Cho certainly floats like a butterfly, as 74 completed dribbles attest, whilst two goals in 18 appearances are the figures of a bee still working on its sting, something former forward Baticle is trying to help with.

"Momo and I speak regularly," Baticle told the Ligue 1 Show on beIN SPORTS. "We can talk about how he feels because I went through the same stuff in my career. He's an intelligent young footballer, open-minded and cultured. He's very receptive to advice and often asks for it." 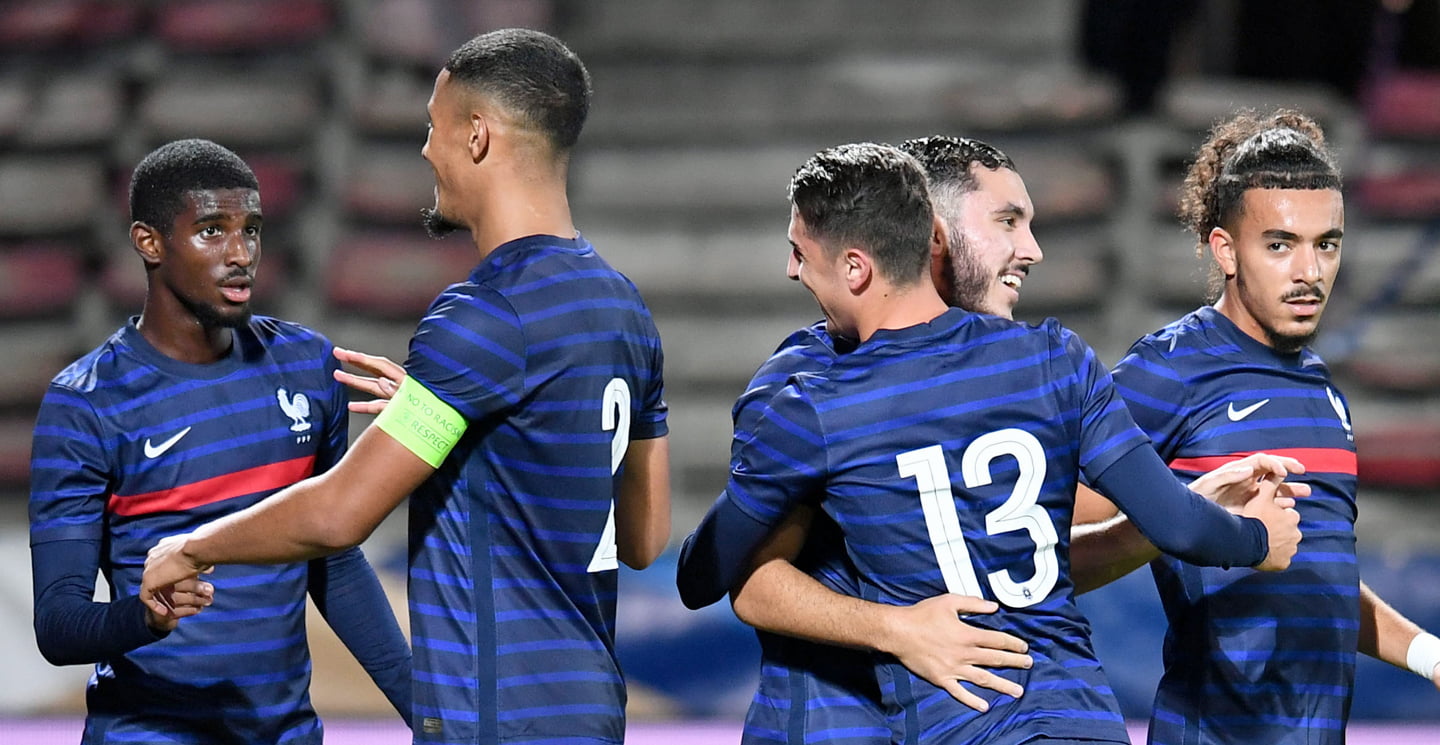 Last but by no means least is Lyon full-back Malo Gusto, who has deputised with aplomb in the injury-enforced absence of club captain Léo Dubois. The youngest defender to start a Ligue 1 Uber Eats game for les Dogues since Samuel Umtiti, Gusto has played beyond his tender 18 years, impressing against PSG at home and Rangers on the continent.

Gusto kept Neymar Jr. largely in check in Round 6, despite a 2-1 loss, and Peter Bosz articulated what many thought that day: "Malo had a great game," he said. "Towards the end of the first half, I said to myself, 'He's not going to get to half-time going at 100 miles-an-hour like that', because he was everywhere."