Girondins de Bordeaux are one of France’s great footballing institutions but a disastrous campaign has ended in relegation, meaning they will be playing in Ligue 2 next season. Ligue1.com looks at what went wrong in the south-west.

Bordeaux’s Achilles heel this season has been their defence. Les Girondins scored 52 goals over the course of the campaign, the most of any team outside the top nine. In other words, their attack has been that of a mid-table side. But they conceded a scarcely credible 91 goals.

Before keeping just their second clean sheet of the season in last weekend’s 0-0 draw at home to FC Lorient, Bordeaux had already conceded more goals than any team in an entire top-flight season in 44 years, since Rouen let in 91 in 1977-78. Needless to say Rouen finished that campaign rock-bottom,  a huge 13 points adrift.

They have conceded six in defeats at Stade Rennais FC and Olympique Lyonnais, five at RC Strasbourg Alsace, Stade de Reims and FC Nantes, and four at OGC Nice and Angers SCO. A raft of defensive reinforcements arrived in January, but none of Bosnia and Herzegovina international Anel Ahmedhodžić, former Lyon stalwart Marcelo or seven-times capped France international Josuha Guilavogui could help stem the flow of goals.

When Gérard Lopez bought the club in July last year and brought in a new technical director in Admar Lopes, they immediately sought to make a big-name appointment on the bench to give the club a lift. Vladimir Petkovic looked like just the man to do that, fresh from leading Switzerland to the Euro 2020 quarter-finals by dumping out France on penalties.

The Bosnian had enjoyed seven years in charge of the Swiss having previously won the Coppa Italia with Lazio. That he was willing to give up the chance to go to another World Cup seemed significant. He signed a two-year deal at the Matmut Atlantique. Yet Petkovic was sacked in early February in the wake of a 5-0 hammering in Reims that left the team in the relegation zone.

He was replaced by David Guion, who had already done an impressive job in charge of Reims and had been targeted by fellow strugglers Saint-Etienne just a few weeks earlier. Guion turned down Les Verts only to put his reputation on the line in Bordeaux. It has proven to be an unsuccessful gamble. Before going to Brest on Saturday, Guion had overseen just a single win in 13 games at the helm.

“It has been such a bad season that we deserve what we get,” Guion said after the 0-0 draw against Lorient that all but sealed their fate. “We deserve the criticism. I include myself in being part of this failure. I came in to keep Les Girondins up and I have not managed to do it. I had 13 matches, two and a half months, but I have not managed to rally everyone together to pull us to safety.”

This has been coming. The clear warning signs were there last season, when they were just two points above the relegation trapdoor before winning their last two matches under Jean-Louis Gasset and staying up. Prior to that they had endured consecutive bottom-half finishes and the 2013 Coupe de France victory had become a distant memory, not to mention the club’s sixth league title secured under Laurent Blanc in 2009 or their run to the UEFA Champions League quarter-finals the following year.

In April last year, owners King Street, the American investment fund, decided it would no longer support the club, blaming the economic impact of the Covid-19 pandemic. After investing a total of €46 million during their time in charge, King Street opted to pull the plug and Bordeaux were placed in administration. After avoiding relegation on the field, they were told in July by the DNCG, French football’s financial watchdog, that they would be relegated to the second tier because the owners had not injected the necessary funds - some €28 million - to keep the club a going concern.

That was when Lopez, the Luxembourg-born entrepreneur who had previously been in charge of Lille, stepped in, but he has not succeeded in turning around the fortunes of the club. Quite the opposite.

Bordeaux had enjoyed 30 consecutive seasons in the top flight, a run bettered only by Paris Saint-Germain (48 seasons) and Lyon (33). They will play in the second tier for the first time since 1991-92. Back then they suffered administrative relegation, being demoted due to their debts – they have not finished in the bottom three of the top flight since 1960.

In 1992, they bounced back immediately before signing Zinédine Zidane and going on to reach the UEFA Cup final in 1996. By 1999 they were champions. Such a renaissance seems highly unlikely in the current climate, although the noises coming from the club have been that they will put everything into winning promotion at the first time of asking.

“The only option in this Plan B is to come straight back up,” admitted Admar Lopes in an interview with sports daily L’Equipe in April.

That won’t be easy though. Indeed, promotion from Ligue 2 is about to become harder: the reduction of the number of clubs in the top flight from 20 to 18 from the 2023-24 season means just two promotion places in the second tier next season, with no play-offs to fall back on.

A raft of players who were on loan will move on, some saleable assets will surely leave too, notably Hwang Ui-Jo. Guion could stay, however.

“I got promoted with Reims,” he pointed out. “It is difficult. You can’t approach Ligue 2 in the same way as you do Ligue 1. You need to be well prepared and have a different profile of player. It is a completely different league.” 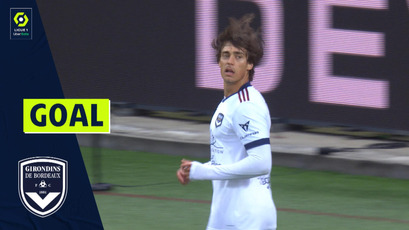