All change? PSG ready for a revolution

Kylian Mbappé is staying but others are leaving and new faces are on their way in. Ligue1.com looks at what’s changing at Paris Saint-Germain ahead of the 2022-23 season.

Luis Campos (pictured below) is the man who built the last two teams to deny PSG the title, with the Portuguese super scout behind the AS Monaco side - featuring a young Kylian Mbappé - that won the league in 2017 and then signing the players who turned LOSC Lille into champions in 2021.

PSG have named him as their new Football Advisor and he effectively succeeds the departed sporting director Leonardo. The capital club called him “a world-acclaimed football expert” and a “pioneer” when they announced his appointment and it has been reported that Campos’s remit will be to create a squad with a stronger French identity – at the moment Mbappé and Presnel Kimpembe are the only French first-team regulars.

Campos is also renowned for signing less well-known players, up-and-coming talents who can eventually be sold on. PSG may not be looking to make a profit on players in the same way Monaco and Lille were, but there will be no repeat of last year’s transfer window, when superstars in the twilight of their careers like Lionel Messi and Sergio Ramos were the marquee signings.

Mauricio Pochettino delivered the Ligue 1 Uber Eats title in his first full season in charge after arriving in January 2021 to succeed Thomas Tuchel. However, the campaign was best remembered for the disappointing UEFA Champions League exit to Real Madrid and there was also an early elimination from the Coupe de France.

Pochettino has struggled to make his mark on PSG in the way he did at Tottenham Hotspur and it has been widely reported that he will move on this summer despite having a year left on his contract. That would leave Paris looking for their seventh different coach since the Qatari takeover of the club in 2011, as they continue their search for a first Champions League.

On the pitch, the biggest name to leave the Parc des Princes is Ángel di María, whose contract was not renewed and who departs after seven outstanding seasons. The Argentine was a glamour buy from Manchester United for €63 million in 2015. Di María scored 93 goals in almost 300 appearances for Paris but his influenced waned last season following the arrival of his great friend Messi. He was no longer a first choice. At the age of 34 and with his contract up for renewal, there was little chance of him being offered new terms.

“Paris will continue to be my home forever. With my family we had seven unforgettable years,” he wrote on Instagram after playing his last game.

Another season of Gianluigi Donnarumma and Keylor Navas sharing the goalkeeping gloves seems unlikely. Following last year’s arrival of Donnarumma from AC Milan, Pochettino felt he could not relegate Navas to the role of back-up but nor could he ignore the man who had just starred in Italy’s Euro 2020 victory.

Instead Navas played 26 times and Donnarumma featured in 24 matches. However, the Italian was selected, tellingly, to start both legs of the Champions League tie against Real Madrid. At 23 he represents the future while Navas is now 35. The Costa Rican has two years still to run on his contract but will not want to be left languishing on the bench in the run up to the World Cup.

Captain Marquinhos and Presnel Kimpembe together form PSG’s first-choice centre-back pairing and there seems little prospect of that changing. Yet Luis Campos is on the lookout for a new alternative in that position. Sergio Ramos is now 36 and injuries limited him to just 13 appearances in his first campaign in France, while Thilo Kehrer has just a year left on his contract and is on the market.

Meanwhile El Chadaille Bitshiabu is considered one for the future rather than the present, and PSG are believed to be keen on Inter Milan’s 27-year-old Slovakian stopper Milan Skriniar among other potential targets. 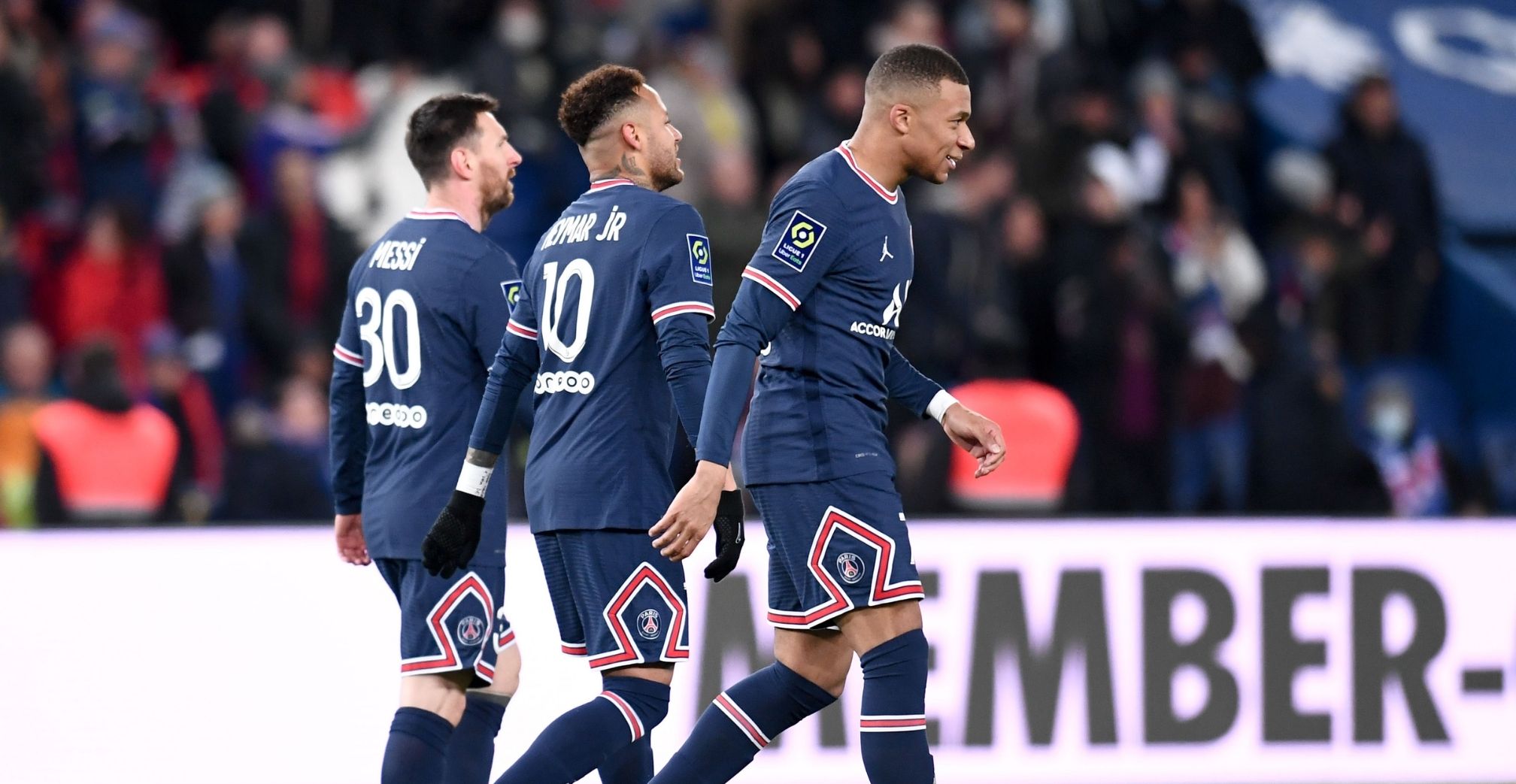 If Marco Verratti is set to remain as important as ever, midfield is the area where Paris really do need to make sweeping changes. Georginio Wijnaldum, Leandro Paredes, Idrissa Gana Gueye and Ander Herrera could all be allowed to leave if the right offer comes in. Given his ability to drop back into defence, Danilo Pereira offers a greater level of versatility that could be considered valuable. Meanwhile young starlet Xavi Simons will want more minutes if he is to stay at the Parc des Princes but the Paris midfield has not been the same since Thiago Motta and Blaise Matuidi departed and at least one new top-class midfielder has to be a priority for Campos.

A team built around Mbappé, but what of Neymar and Messi?

Mbappé is staying after snubbing Real Madrid to sign a new three-year deal. Messi will hope to make a greater impact after struggling to settle in his first year in Ligue 1, but there are doubts about the ability of Neymar, now at the age of 30, to last a whole season without being struck down by injuries. For all his undoubted brilliance, he has so far struggled to reach the heights expected since arriving in a world-record deal five years ago.

In any case, with Di María leaving and Mauro Icardi out of the first-team picture, there is a need for attacking reinforcements, whether that be in the shape of a big-name signing or the promotion of a talented younger player. The 20-year-old Arnaud Kalimuendo may feel he deserves an opportunity after another excellent season on loan at RC Lens in which he scored 12 league goals. His contract runs until 2024.