Two clubs with glorious pasts, OGC Nice and FC Nantes are both looking to end a wait of more than two decades to get their hands on a major trophy again when they meet in Saturday’s Coupe de France final at a sold-out Stade de France.

For the first time since 2014, Paris Saint-Germain are missing from the final of France’s national knockout competition as Les Aiglons and Les Canaris go head to head with both clubs hoping to get their hands on the trophy for the fourth time. Nice were twice Cup winners in their glory days of the 1950s before lifting the trophy again in 1997, a year in which they were also relegated from the top flight. Nantes, meanwhile, were winners in 1979 - in the midst of their own glory years - and again triumphed in back-to-back campaigns in 1999 and in 2000.

That latter victory came in one of the most remarkable finals of all time as they had to come from behind to edge out fourth-tier amateurs Calais 2-1 thanks to a last-minute penalty by Antoine Sibierski. A year later Nantes were champions of France for the eighth time but the French footballing landscape suddenly changed. As Olympique Lyonnais began their period of dominance, Nantes were relegated to Ligue 2 in 2007 and, after coming straight back up, went back down again in 2009. They spent four more years in the second tier, and even since their return to the elite in 2013 they have usually languished in lower mid-table, their fans having little to shout about.

All the while PSG have spent the past decade dominating since the Qatari takeover of 2011. The capital club have won the Coupe de France in six of the last seven years, the one exception in that time being their defeat on penalties at the hands of Nantes’ rivals Stade Rennais FC in 2019.

This year it will be someone else’s turn, and Nice may feel that they would be worthy winners having dumped out PSG on penalties in the last 16. Christophe Galtier’s team started their Cup campaign just down the road from Nantes in Cholet in December, before getting a bye in the last 32 when both Paris FC and Lyon were kicked out of the competition after trouble led to their tie in the previous round being abandoned. 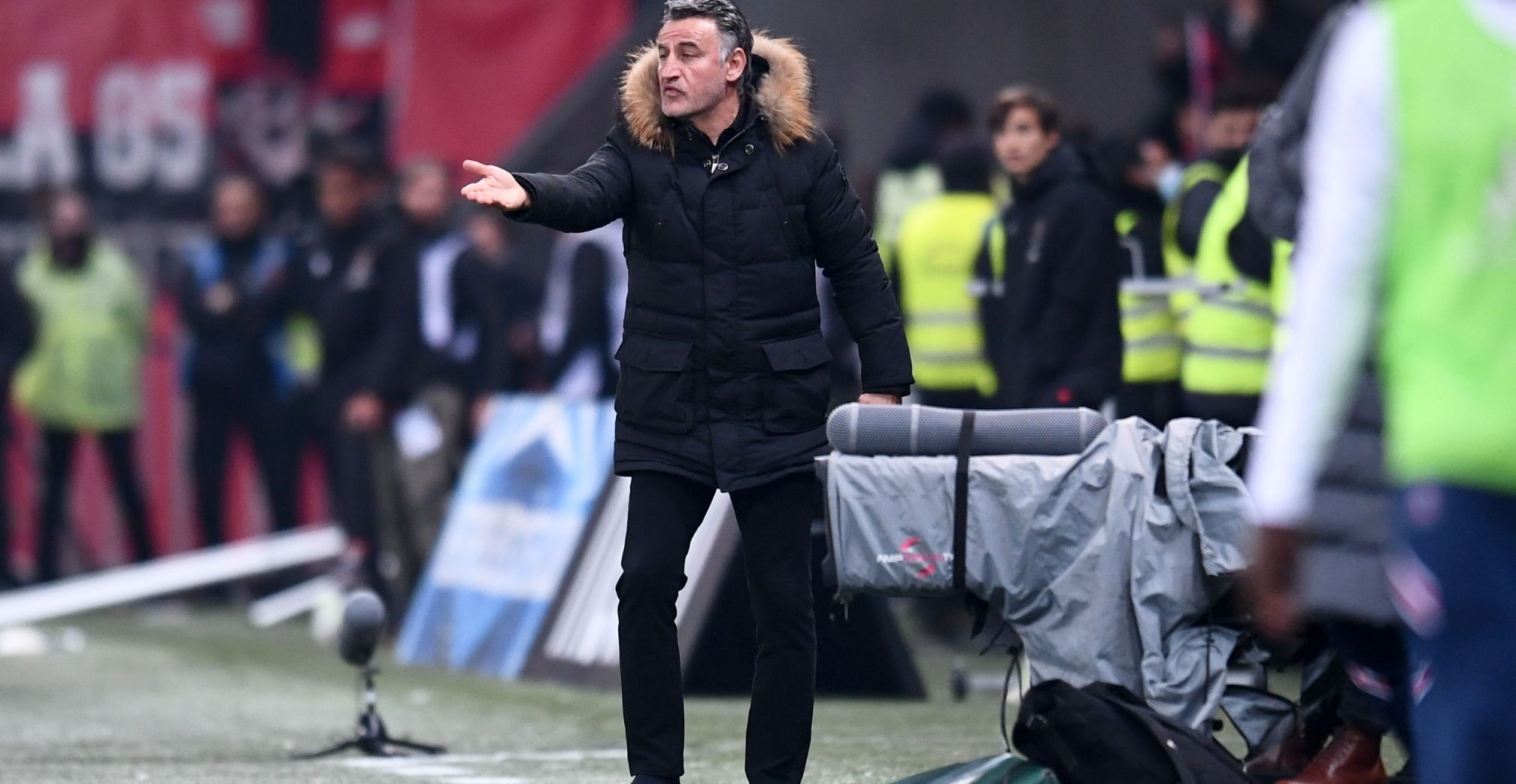 Nice followed their win over PSG by crushing Olympique de Marseille 4-1 in the quarter-finals before ending the remarkable run of fourth-tier Versailles in the semi-finals with a 2-0 win at the Allianz Riviera after their opponents were forced to give up home advantage because of the lack of floodlighting at their own ground.

Now the Côte d’Azur club are heading for the national stadium looking for their first piece of silverware since being taken over in 2019 by Ineos, the British petrochemicals group chaired by the billionaire Jim Ratcliffe. When they took over, Ineos Football president Bob Ratcliffe, brother of Jim, revealed their aim to qualify for the Champions League within a “three to five-year period”. They looked racing certainties just a few weeks ago to finish in this season’s top three and qualify for Europe’s elite club competition, but an inconsistent recent run saw them drop to fifth. European qualification of some sort at least via the league looks likely, but now winning the Cup - and qualifying for the Europa League with it - is the focus.

“It is an important occasion, it is so exciting to play a final. We will need to prepare as well as possible, especially from a psychological point of view, to make sure we show up and perform on the day,” said coach Christophe Galtier after his team’s 1-0 win at Girondins de Bordeaux last weekend.

Galtier, nominated for the Ligue 1 coach of the year prize in the annual Trophées UNFP awards, is hoping to complete the sweep of the major French honours as a coach. He won the Coupe de la Ligue with AS Saint-Etienne in 2013 before leading LOSC Lille to the Ligue 1 Uber Eats crown last year. However, he has won the Coupe de France twice before as an assistant coach, with FC Sochaux-Montbéliard in 2007 and with Lyon in 2008.

“It would be fantastic to do a treble with three different clubs. I have already won it as Alain Perrin’s assistant at Sochaux and Lyon, but to win as a head coach would be extraordinary,” he admitted after the victory over Versailles in the semi-finals. While Galtier was winning the Ligue 1 title a year ago, his opposite number on Saturday, Antoine Kombouaré, was leading Nantes to safety in a relegation play-off. He has built on that this season, with an entertaining side on course for a top-half finish in the league and into the Cup final after a run which saw them beat Sochaux (on penalties), fourth-tier AS Vitré, Stade Brestois 29 and SC Bastia before a memorable shoot-out win over AS Monaco in the semi-finals.

Now a whole region is buzzing with excitement about the prospect of seeing Nantes in the final and Kombouaré - who won the competition twice as a player with PSG and once as a coach - has been busy trying to ensure that the scale of the occasion does not overwhelm his players.

“I have talked to my staff and players about the need to make sure we just have a normal week and keep as calm as possible. We need to play down the occasion and the stakes of the game. This is a final, it is an exceptional moment but we are not risking anything. The club is safe in Ligue 1. The best-case scenario is that we win and have a party. Otherwise we lose and move on,” he said.

Kombouaré has confirmed that captain and first-choice goalkeeper Alban Lafont will start in goal despite back-up Rémy Descamps having been selected in every round of the Cup so far. Nantes will be at full strength with Randal Kolo Muani - scorer of 13 goals this season - hoping to sign off with a trophy before moving to Eintracht Frankfurt in the summer. Youcef Atal and Alexis Claude-Maurice are out for Nice.

The last two Coupe de France finals have been played in a practically empty stadium because of the pandemic but there will be a sell-out crowd of almost 80,000 this time. That will officially include 21,000 Nantes supporters and 19,800 Nice fans, with the remaining tickets split between the so-called “football family”, the general public, hospitality, volunteers and other groups.