Olympique Lyonnais are through to the Champions League quarters after a sensational team performance that saw Memphis Depay's penalty clinch victory on the away goals rule (2-2 on aggregate) - despite a fearsome Ronaldo brace.

There were more than a few imponderables in this last-16, second-leg clash between Les Gones and La Vecchia Signora. Long lay-offs, European pedigrees, star fitness and form…

But the one clear certainty of the night was that OL bagged an away goal as Depay sent a picture-perfect panenka down the pipe and past a misdirected Wojciech Szczesny after Houssem Aouar had been brought down in the box (12', pen.). And this proved the cornerstone of OL's winning through to the Final 8.

"I'm well aware of what an achievement this is," said OL coach Rudi Garcia. "I know where we are [at Juventus Stadium in Turin]. I've been here a few times with AS Roma. Playing against Juve - not only the best club in Italy, but also a team that wanted to win the Champions League. They also have an extraterrestrial in their squad. We saw him again tonight. Despite that, we were very good in the first half."

Although a contentious handball decision that lead to Ronaldo's equalising from the spot (43', pen.), Depay and his teammates - notably 20-year-old midfielder Maxence Caqueret, who more than stepped up to the plate in this, the biggest match of his young career - picked themselves up and continued to harry and press their Italian opponents.

And even when, seemingly out of nowhere, Ronaldo unleashed a 25-metre thunderbolt through a pack of bodies that rocketed into Anthony Lopes' top corner (60') - meaning that Juventus needed just one more goal in order to qualify - Marcelo, Bruno Guimaraes, Moussa Dembélé & Co. just kept fighting, even going on the front foot late in the piece as Garcia's subs brought fresh attacking impetus.

'A win for my entire squad'

"In the second half, we suffered more until [Moussa] Dembélé and [Jeff]Reine-Adélaïde came on and gave us a second wind. This is a win for my entire squad," beamed Garcia in the post-match presser. "I'm happy for my players, for my president and for [OL sporting director] Juni. We wanted to make it to Lisbon and we did that. I'm proud for our supporters and for Lyon.

OL can now start packing their bags for Lisbon, where the Final 8 will kick off next week, and preparing to take on Manchester City - who eliminated Real Madrid - in the quarter-finals on Saturday 15 August.

"What did I say to my players? That there is now a game to prepare for next Saturday," declared Garcia, who took Marseille to the Europa League final in 2018. "It's coming up fast. It's not over yet. We can't let this awesome run be stopped. We'll continue to be underdogs and that suits us just fine." 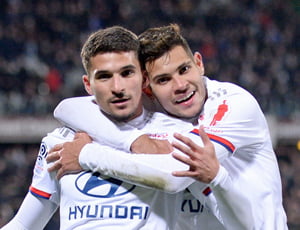 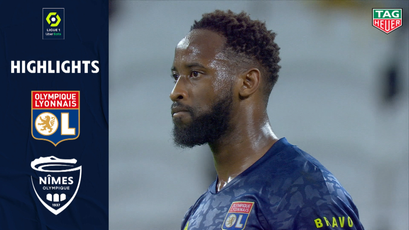 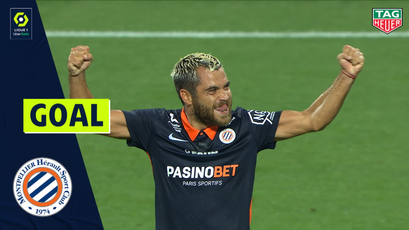