Marseille face a stiff test as they take on Manchester City looking to stay in the running in Champions League Group C, but coach André Villas-Boas has a plan - and it's definitely not inspired by OL's elimination of Pep Guardiola's side in the Final 8 in August! Ok?

After falling 1-0 to Olympiacos on Matchday 1 last week, André Villas-Boas's Marseille are in the unfortunate position of needing points as the mighty Manchester City come calling on Tuesday night.

AVB: 'We have studied this opponent'

How will AVB approach the match? How do you beat a side with the collective and individual talent that Pep Guardiola is disposed of? As one journalist in the OM coach's pre-match presser suggested, they might like to take a leaf out of Lyon's book - OL having eliminated the Sky Blues in the UEFA Champions League quarters 3-1 back in August.

"You can't ask an OM coach to be inspired by an OL victory. That is clear," offered AVB, before perhaps implying that of course any defeat for the City juggernaut would of course be at least interesting to investigate. "We have studied this opponent and their matches, including the Final 8 against Lyon. My staff and I have observed a lot. They're an exceptional team, without many weaknesses to exploit."

Balerdi in a back three

The Portuguese is tipped to go with a 3-4-3 formation to get the job done, adding Argentine Leonardo Balerdi - who headed home the winner against Lorient from a seemingly impossible angle - in central defence, with Hiroki Sakai and Jordan Amavi pushed into midfield as wing-backs.

Valentin Rongier and Boubacar Kamara should line up in midfield while a first-choice front three of Florian Thauvin, Dario Benedetto and Dimitri Payet will shoulder the burden of trying to unlock City's defence. 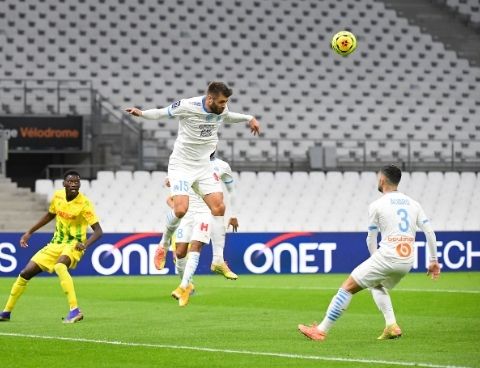 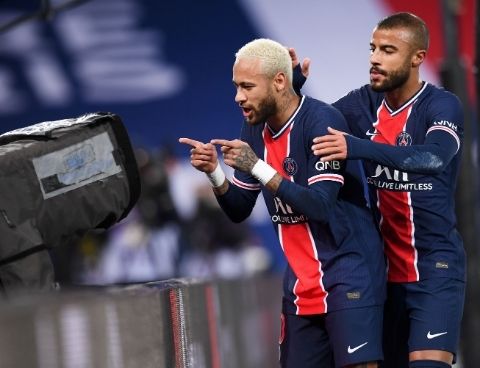 PSG held, Benedetto off the mark as OM win