Despite clocking a dramatic 4-3 win away to Sparta Praha in the UEFA Europa League on Thursday, OL coach Peter Bosz is still looking for much better from his side, for whom Malo Gusto earned a red card (74') and Lucas Paqueta lost his starting spot after arriving late to the pre-match talk.

Although OL confirmed their leadership of UEFA Europa League Group A with the win - Les Gones are now a massive five points clear of second - the club's Dutch coach Peter Bosz was less than pleased with how things kicked off.

First of all after Lucas Paqueta - the side's form player so far this season - arrived 90 seconds late to the pre-match talk and earned himself a demotion to the bench as the coach applied the law to the letter.

"The rules are the same for everyone. I want to see the apologies out on the pitch," said Bosz, who brought the Brazilian on for the second half and saw him score the goal that put Lyon in front. "He showed the right answer."

Bosz was also disappointed by the way his side began the match, conceding two early goals to their hosts - a double from Lukas Haraslin (04', 19') - but again his players dug in to produce the required reaction.

In-form Cameroon striker Karl Toko Ekambi (42', 88') Houssem Aouar (53') and Paqueta (68') did the damage and clinched the win despite a total of nine yellow cards - two of which were for young defender Malo gusto, who saw red with 16 minutes left to play.

"We started very badly, the first twenty minutes we played very badly. When you're down 2-0, it's difficult to win. But in the second half, we played well. Still, you can't start a game like that. The yellow cards, the red card, it's also because we started badly. Even down to ten men, we played well. We've started this Europa League well, with three victories."

OL will look to hammer home their advantage in Group A when they take on Sparta Praha in Lyon on Matchday 4, but in the shorter term they turn their attentions back to Ligue 1 Uber Eats duties, where they have a tricky trip to Nice looming on Sunday afternoon.

In other UEFA Europa League action, Monaco had Myron Boadu and Sofiane Diop to thanks for a 2-1 win aw3ay to PSV Eindhoven and OM played out a 0-0 draw away to Lazio. In the Conference League, Rennes prevailed away to NS Mura with goals from Serhou Guirassy and Ligue 1 Uber Eats top scorer Gaëtan Laborde. 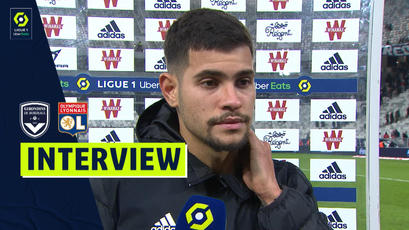 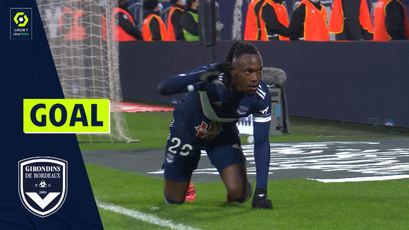