Cherki steps it up at OL

Next Big Thing from the OL youth academy Rayan Cherki made the most of his starting place in Peter Bosz's XI away to Bröndby, bagging a brace to get his side back in the match and pave the way for a 3-1 come-from-behind win - OL's fifth victory in five UEFA Europa League outings. Will we now see more of the 18-year-old in Ligue 1 Uber Eats?

Cherki has been on the radar at OL since making his senior-team debut at 16, but he has struggled somewhat for game time in Ligue 1 Uber Eats under Bosz. However, as OL had already stitched up top spot in UEFA Europa League Group A with four wins from as many matches, Bosz opted to rest his first-team regulars and Cherki seized the opportunity.

First he cancelled out Mikael Uhre's opener by pouncing on some indecisive defending in the area after centre-forward Islam Slimani's shot had been parried by the home 'keeper (57'). Then, less than ten minutes later, he put his side in front with a dazzling run and dribble in the area, trumping the defence and the 'keeper by firing home at the near post (66').

"We all know that Rayan is talented," said OL captain on the night Moussa Dembélé. "He has a lot of talent; he is capable of turning a match with his dribbling and he is also a very good finisher. Now he just has to keep to up."

As for whether this superb performance will earn the youngster more minutes in Ligue 1 Uber Eats, Dutchman Bosz proved typically frank when assessing the match turned in by Cherki and the team.

"It will depend on his performance," said the coach. "In the first half he was not very good, like the team, especially in pressing. Then, his two goals were important for us, he played well each time by recovering the ball for the first one, then with a nice individual action for the second one. But as I said, before the break, it wasn't what I expected."

Cherki's next opportunity to impress his coach could come on Sunday evening when Les Gones travel to take on Montpellier in Ligue 1 Uber Eats Round 15. 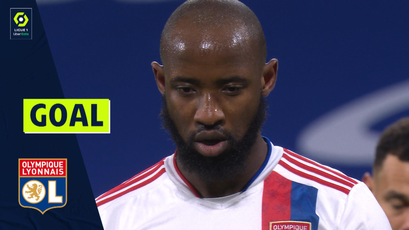 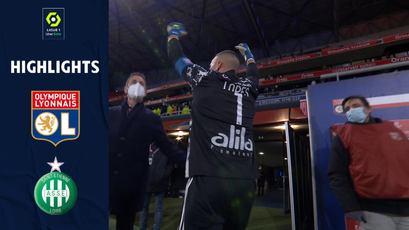