Both teams had huge support in the northern Paris suburbs as they sought their first piece of silverware for some time: Nantes since 2000, Nice three years earlier in the very last final played at the Parc des Princes, the home of Paris Saint-Germain located in the south-west of the French capital.

Though Nice boast Ligue 1 Uber Eats' most stubborn defence, Nantes had kept four clean sheets to their opponents' three in this season's cup competition, and the Canaries' backline proved impervious to Nice's attempts to pierce them.

With a solid base, Nantes could attack. Marcin Bulka was called into action as early as the 13th minute when Marcus Coco and Moses Simon combined with the latter teeing up Blas for a shot that was well stopped by the Nice 'keeper.

Nice dominated the ball, but Nantes looked the more dangerous. Bulka had to race from his goal to smother at the feet of Blas (28') before Antoine Kombouaré's men had their first scare: Jean-Charles Castelletto was in the right place at the right time to charge down Amine Gouiri's shot (29').

Simon fired wide (36') as Nantes finished the first half the stronger, and they would make the difference barely 60 seconds after the restart when referee Stéphanie Frappart pointed to the spot when Hicham Boudaoui was adjudged to have handled.

The Algeria international saw Quentin Merlin's first-time cross strike him on the arm — Blas came forward to place the ball on the spot. Bulka had proven to be Nice's penalty shoot-out hero in the Round of 16 against Paris Saint-Germain, but the on-loan PSG goalkeeper could do nothing as the ball flashed past him (47').

Blas' fifth goal in six Coupe de France ties was nearly added to by Pedro Chirivella, whose half-volley flew just beyond the post after the Spanish midfielder had been teed up by Randal Kolo Muani (49').

Simon saw a shot blocked by Jordan Lotomba (58') and Castelletto then headed narrowly wide (60') while at the opposite end, Andy Delort, who had only been outdone in goal involvements by Kylian Mbappé in the competition since the start of last season, was kept quiet by an impressive Nicolas Pallois.

Khephren Thuram headed a rare Nice opportunity over the crossbar (66') and Justin Kluivert fired wide (70') before Galtier's men carved out their best chance: Thuram moved forward and found Gouiri, whose powerful shot was pushed out by Alban Lafont and Andrei Girotto cleared Delort's follow-up off the line (71').

Having survived that major scare, Nantes were able to see out the remaining minutes before falling to the turf in relief and delight at the final whistle, Coupe de France winners of 2021/22 and with a place in next season's UEFA Europa League to look forward to.

Kombouaré said he had never previously thought of handing the midfielder the captain's armband, but did for the Coupe de France this season when Lafont wasn't playing, and was rewarded. Blas, who deservedly kept the captaincy to lift the trophy first, has also scored 14 goals in all competitions now, and if Nantes have a new piece of silverware in the Stade de la Beaujoire trophy cabinet, it's in large part down to Blas.

This was Nantes' fourth Coupe de France triumph in their ninth final, but it was only their second win over Nice in the duo's last 12 competitive meetings. 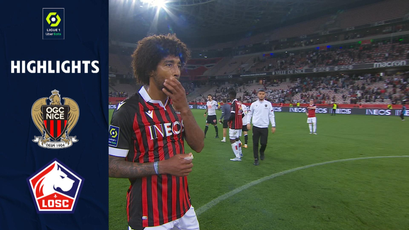 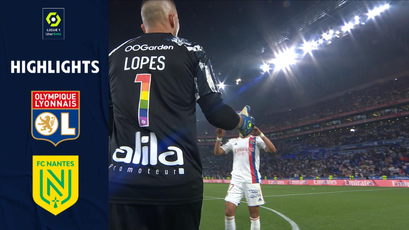