Boulaye Dia scored a 10th Ligue 1 Uber Eats goal of the season as Stade de Reims finished 2020 on the high of a 3-1 win at Bordeaux on Wednesday while Rennes moved provisionally fourth thanks to a 1-0 win at home to Metz, their fourth successive top-flight victory.

Bordeaux had not beaten Reims since 1978, a run of 13 league meetings they must have hoped to end on home soil, but from the first minute when Dia burst clear and was only prevented from getting a shot on target by Paul Baysse's desperate lunge, the visitors were in charge.

Dia, the former electrician, appropriately enough provided the spark, testing Benoît Costil after being picked out by Arber Zeneli on the edge of the box, and he would claim his 10th Ligue 1 Uber Eats goal of the season when he reacted quickest to a Zeneli shot that Costil had blocked with his legs (18').

That was Reims' second goal in three minutes as Yunis Abelhamid — celebrating his 100th Ligue 1 Uber Eats appearance — had headed in a Zeneli corner that had been wickedly delivered into the Bordeaux six-yard area by the Kosovo international (15').

Bordeaux had kept nine clean sheets — the highest tally of any team in Europe's top five leagues — looked far from the solid outfit that Jean-Louis Gasset has fashioned them into this season, and with Hatem ben Arfa unable to inspire them, they created nothing of note before the break despite enjoying the lion's share of possession.

Bordeaux improved after the break, and should have pulled one back when Predrag Rajkovic palmed out a Ben Arfa free-kick to Hwang Ui-Jo, but the South Korea international somehow put the ball over an open goal from just three yards out (54').

Hwang did pull one back when Yacine Adli pounced on a mistake by Moreto Cassama to feed Ben Arfa who played in the striker (73'), but Reims substitute Marshall Munetsi fired in a third via a deflection off Maxime Poundjé (89') to clinch a first away win for David Guion's men since beating Montpellier 4-0 in October.

The Kosovo international was superb in the first half notably, sending over the laser-guided corner from which Abdelhamid opened the scoring, and then having the shot that led to the second for Dia. A decisive contribution.

Bordeaux have not beaten Reims in 14 L1 meetings, last winning against the Champagne side in January 1978.

Elsewhere, Rennes secured a fourth successive win thanks to Clément Grenier's goal against Metz to provisionally move into fourth place. Jeff Reine-Adélaïde was on target for Nice, but they wasted a 2-0 lead to draw 2-2 at home with Lorient. Lens scored a 2-1 win over Brest thanks to first-half goals from Arnaud Kalimuendo and Florian Sotoca while Dijon moved off the bottom of the table as they won 3-1 at Nîmes, who replace the Burgundy outfit in propping up the French top flight. 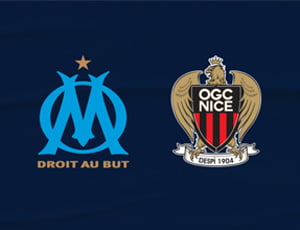 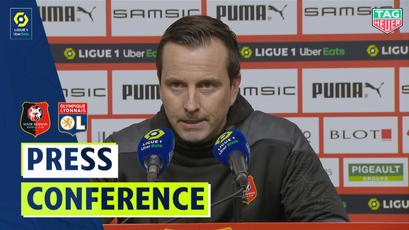