PSG made short work of Pontivy (D5) to book reachthe round of 32, while OM crashed out away to Andrézieux (D4) and Bordeaux fell 1-0 at home to Le Havre 1-0. Toulouse beat Nice 4-1 in the only all-Ligue 1 Conforama fixture.

Four-time reigning champs Paris Saint-Germain won through to the Coupe de France round of 32 with a business-like display against minnows Pontivy at Lorient's Stade du Moustoir on Sunday night, Neymar Jr scoring the club's first goal of 2019 before Kylian Mbappé and Julian Draxler rounded out the 4-0 scoreline.

However, that Paris were 1-0 up at the break was only due to an own-goal from Sylvain Julé (24'), and the National 3 side could have cancelled that out through Fabrice Péru or Willem Pierre-Charles shortly afterwards, but PSG 'keeper Alppohone Areola came out on top on both occasions.

Paris pulled clear after the hour-mark, with Neymar slotting home Moussa Diaby's cut-back  (70') before Mbappé was tackled heavily in the area and dusted himself off to strike from the spot (77'). Julian Draxler added some gloss late on with a superb chip from a tight angle, clinching a 25th-straight win in the competition and a place in the next round.

Meanwhile things did not go anywhere near so well for Olympique de Marseille. Rudi Garcia's troubled side had a rough end to 2018 but they showed few signs of turning things around as they limped to a 2-0 defeat away to National 2 (D4) side Andrézieux.

The first goal saw veteran 'keeper Steve Mandanda come out ill-advisedly to handle a corner while stopper Dude Caleta-Car stood rooted to the spot; the second came when substitute Florian Milla tucked home after Mandanda had parried a dangerous cross.

Girondins de Bordeaux turned in a respectable performance at home to Domino's Ligue 2 side Le Havre, but their failure to convert their chances left them vulnerable. Ebenezer Assifuah took full advantage by striking early in the second half (48') and the underdogs held out for the 1-0 win that clinched them a place in the next round.

AS Saint-Etienne scored the biggest win of the round, Rémy Cabella bagging a brace as they walloped amateur side Olympique Strasbourg 6-0, while AS Monaco got a welcome win against ten-man Canet-en-Roussillon (D5) thanks to youngster Moussa Sylla's early strike (2').

Toulouse FC toppled OGC Nice 4-1 in a remake of their fixture at the same stage of the competition last year, with Max-Alain Gradel and Mathieu Dossevi both capping strong performances with goals. Stade de Reims easily accounted for RC Lens 2-0, while Stade Rennais also beat Domino's Ligue 2 opposition in the form of Brest, but they had to do so 5-4 on penalties after extra time had ended 2-2. 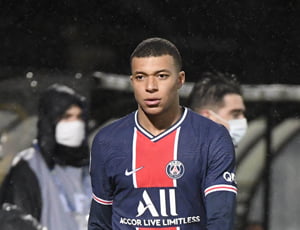