With six days to go before the resumption of Ligue 1 Conforama, André Villas-Boas praised the 'intensity of play' and 'the qualities shown by the youngsters' against Napoli (0-1) on Sunday.

Although OM fell to a 1-0 defeat at home to the Italian club on Sunday, coach André Villas-Boas was staying up-beat with the club's opening-round Ligue 1 Conforama clash at home to Stade de Reims on Saturday looms.

"We started well by creating opportunities," said the Portuguese. "We should have scored a goal. We suffered in the face of Italian experience and nous. Napoli played a very Italian game. After their goal, it was more difficult to find the depth and disrupt what is a very well organised team."

Villas-Boas made the unexpected move of playing France playmaker Dimitri Payet in the centre-forward role vacated by outgoing Italy superstar Mario Balotelli and it seems he was pleased with what he saw.

"We tested Dimitri in this centre-forward position, it had worked in the United States [in the EA Ligue 1 Games]. This is a possibility for the rest of the season," said the OM boss before hailing the performances of youth academy graduates such as Isaac Lihadji (17) and Florian Chabrolle (21).

"I am satisfied with the intensity of the game and the qualities shown by the youngsters, especially Chabrolle. I congratulated the players, even if we would have preferred to get the win."

Meanwhile France international 'keeper Steve Mandanda, now back in the captaincy role under Villas-Boas, was also pleased to see the club's youngsters stepping up.

"We have seen a very good development of our young players, because they are listening and because they are working. So it can only work, and I hope it will continue like that. This club has often been criticized for its youth development, and we know now that we have some very promising youngsters. But we shouldn't get carried away. I'd be the first to defend them if necessary, but right now that's not the case. They are very dedicated and they're paying attention to everything they're told."

OM's first Ligue 1 Conforama match of the season, at home to Stade de Reimas, kicks off at 17:30 CET on Saturday 10 August. 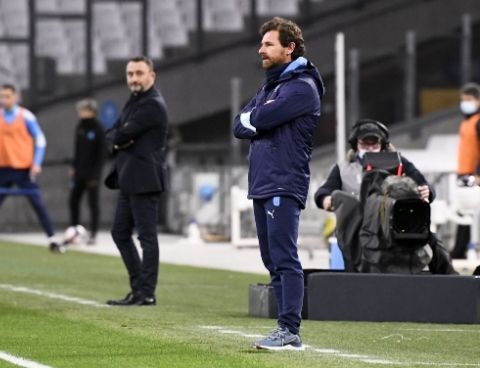