PSG: Leonardo is back!

Leonardo - PSG's sporting director between 2011 and 2013 - has returned to the capital club. The Brazilian, a former PSG player, replaces Portuguese Antero Henrique in the job.

After a six-year absence, he's back. A free agent since his departure from AC Milan at the end of May, Leonardo has returned to Paris Saint-Germain, where he was named as sporting director on Friday. It's a return to familiar territory for the man who constructed the first great PSG team of the QSI era as sporting director between 2011 and 2013.

'A lot of enthusiasm and energy'

"I'm extremely enthusiastic about the idea of returning to Paris Saint-Germain once again," said the Brazilian after putting pen to paper on his new deal. "This club has played a big role in my sporting career as well as in my life. I had some amazing times here as a player the 90s and again more recently as sporting director alongside president Nasser Al-Khelaïfi when I returned to the club in 2011. Today, I return to Paris with a lot of enthusiasm and energy about once again being a part of this club, for which I have the utmost respect."

"It's very special to see Leonardo return to PSG underlined Paris Saint-Germain president Nasser Al-Khelaïfi. "Leo marked the history of our club and we all know the impact he had in his role as sporting director at the very beginning of our project. Paris Saint-Germain has remained his family and we're delighted to welcome him back once again. His return, with the dynamism and talent we have come to expect from him, will help to take the club into a new cycle that has all our customary ambition. I'm sure that the Parc des Princes, which has always had a special place in its heart for Leonardo, will be over the moon. With him, we have a link between generations of the club, which is a great symbol for us as we move towards celebrating the club's 50th anniversary next year."

Leonardo knows the capital club extremely well, having twice been on its books, first as a player in 1996-97 and then as sporting director, signing in July 2011. The 49-year-old Brazilian was charged with building a team to match the ambitions of the club's Qatari owners and did so in style, taking the club to centre stage with some dazzling signatures. The arrivals of Javier Pastore, Thiago Motta, Maxwell, Zlatan Ibrahimovic, Thiago Silva, Marco Verratti, Marquinhos and Edinson Cavani - among others - took the club to another level, leaving an indelible impression on the club and its supporters. Several of these players remain key figures in the Parc des Princes dressing room - proof that his legacy has lived much longer than his time at the club, which ended with his resignation in July 2013.

It was under his direction, with Carlo Ancelotti in the coach's dugout, that PSG got back to league-winning ways in Ligue 1 Conforama (2013) - their first Ligue 1 Conforama trophy since 1994. With the transfer window having opened this week, Leonardo will be able to step immediately into action. No doubt the Paris Saint-Germain fans are waiting with bated breath... 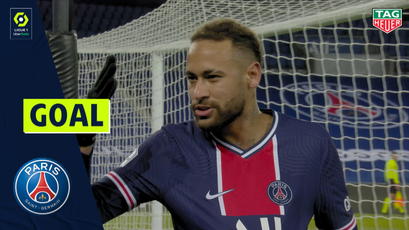