Impressive against Olympique de Marseille in the UEFA Europa League semis last season, Croatia international Duje Caleta-Car signed on Friday with the southern giants, for whom he will wear the number five jersey. The central defender of almost 22 years of age has been plying his trade for RB Salzburg since the summer of 2014. Extremely athletic (1m92, 88kg), Duje Caleta-Car is OM's first signing of the summer.

An excellent season with RB Salzburg

After beginning his career in the Croatian second division with HNK Sibenik, Caleta-Car headed to Austria in the summer of 2013, aged just 17. After a season in the second tier with FC Pasching, he signed for Red Bull Salzburg but played first of all for satellite club FC Liefering. Last season, Caleta-Car made 53 appearances in all competitions for Red Bull Salzburg, missing just one match of the club's UEFA Europa League run - which ended against Olympique de Marseille in the semis (2-0, 1-2 a.e.t.).

After representing Croatia at every youth level, Duje Caleta-Cara became a full international when he turned out for the senior team in a friendly against a Brazil side featuring Ligue 1 Conforama stars Neymar, Thiago Silva and Marquinhos. He earned his second cap in the 2018 FIFA World Cup in Russia, when he was a starter in the 2-1 win over Iceland in the third group-stage game. The young player was then with is compatriots for the ride all the way to the final, where he watched the 4-2 defeat to France in the final from the bench. 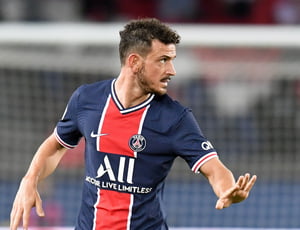