Kylian Mbappé will look to continue his scoring streak to equal the Paris Saint-Germain club record and fire the league leaders to the Ligue 1 Conforama title with victory over RC Strasbourg-Alsace on Sunday.

With a 19-point lead coming into their Week 31 game, PSG know a win over Strasbourg at the Parc des Princes will bring the club an eighth top-flight title - pulling them level with FC Nantes and AS Monaco in French football's history books - after LOSC Lille failed to win in Reims earlier in the day.

Mbappé has been a major part of the capital club's romp away from the chasing pack, and the 2018 FIFA World Cup winner has hit a formidable run of form in recent weeks.

That leaves him just one shy of Carlos Bianchi's club record of scoring in eight successive league matches set in the late 1970s while he now also needs just one more goal to equal Edinson Cavani's league-high tally of 28 last season.

The 20-year-old prodigy was also on target as PSG clinched a fifth successive Coupe de France final place in midweek, extending their winning run in the competition to a breathtaking 29 ties with a 3-0 defeat of FC Nantes.

"I am very happy with the result and to have scored on my return. It was great to be back on the pitch. The most important thing is to qualify for the final and now we have to win it. The team is very strong and has a great mentality. We need to write history together," said Dani Alves, who lobbed in a brilliant third after Marco Verratti had opened the scoring and Mbappé a late penalty.

Alves: 'I miss Neymar on the pitch'

"After scoring the first goal, it was a bit easier, we tried to control the match a bit more," added Thiago Silva. "I think we deserved that scoreline, even though it was tough, and we deserve to again be in the final. The cup is important for the club."

The win came at the cost of a thigh injury to Marquinhos, which is likely to see him added to list of absentees that includes Angel Di Maria, Julian Draxler and Neymar Jr. The Brazilian superstar did return to the club's training ground this week to begin his on-the-pitch build-up to full fitness, and is already in the thoughts of Dani Alves.

"Tonight I was wearing boots with Neymar's name on them, I wanted to pay a tribute to him," said the ex-Barcelona and Juventus man after the game against Nantes. "I miss him on the pitch, we can't wait to have him back with us. So it was a special goal for both of us. We want to enjoy playing for Paris together."

They could have title celebrations to enjoy too if PSG can overcome their visitors from the Alsace region, who were the new name added to the Coupe de la Ligue's roll of honour last Saturday with their penalty shoot-out triumph against En Avant Guingamp, the club that had ended PSG's five-year stranglehold on the competition.

Thierry Laurey's men had endured a slump in form after clinching their place in the showpiece occasion, but ended a seven-game wait for a win by ending Stade de Reims' 13-match unbeaten streak with a stunning 4-0 victory on Wednesday.

"We owed it to ourselves to show why we had managed to win that trophy and that it was deserved," explained Nuno Da Costa, who — along with Anthony Gonçalves — scored twice in the win.

"We put in all the things we always do at him. People had expectations and we stood up to be counted."

"We're going to finish our season quietly and hope to stay in the top half of the table," said coach Thierry Laurey, who will be without suspended midfielder Adrien Thomasson after he was sent off against Reims.

"We'll try to put on a good show at the Parc des Princes. It's a prestigious match for us. We're calm going there, but not too relaxed, because if we do that, we might just get spanked."

Mbappé: 'I want to win the Champions League with PSG' 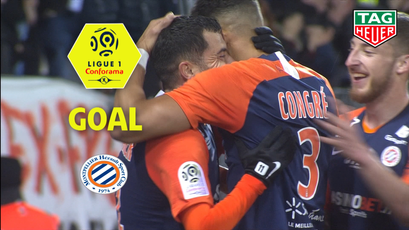