Cavani's luck in ahead of trip to Les Licornes?

Paris Saint-Germain may head to Amiens SC without the injured Neymar Jr. on Saturday, but with Edinson Cavani back on form the safe money might be on the Uruguayan scoring his 200th goal at the Stade de la Licorne anyway.

PSG make the two-hour journey north of the capital three days out from travelling rather further afield to take on Borussia Dortmund in the last 16 of the UEFA Champions League. Neymar, who has not featured in the last three games due to injury, is not expected back, but perhaps all eyes should be on Cavani either way.

The striker - Paris's record scorer with 199 goals - has had to play second fiddle for most of this season, with Mauro Icardi and Kylian Mbappé invariably preferred in Thomas Tuchel's final third, alongside Neymar when the Brazilian has been fit.

But Cavani has been playing himself back into contention in recent weeks, coming off the bench to score in the 4-2 win over Olympique Lyonnais last Sunday before making an all-round nuisance of himself for Dijon FCO defenders - despite not getting his own name on the scoresheet - in PSG's 6-1 win in the Coupe de France quarter-finals on Wednesday.

"It's a bit of a shame he didn't score because he's on the cusp of a great landmark," explained Tuchel in the bowels of the Stade Gaston-Gérard. "It doesn't matter though, because he can score his 200th on Saturday or Tuesday. I can feel it's there. He's gained confidence since his exceptional goal against Lyon. It's good for him and it's going to be important for us, I'm sure."

Duly vouched for, Cavani can expect to lead the line at the Stade de la Licorne, where Tuchel will otherwise try and get the balance between rest and match sharpness just right. PSG are top of Ligue 1 Conforama on 61 points and have not lost since November. Amiens may be 18 places and 41 points worse off, but Tuchel is not taking them lightly, with Abdou Diallo (thigh) and Colin Dagba (knee) the only likely absentees aside from Neymar.

"It's possible Thiago Silva and Juan Bernat will play at Amiens," he continued. "We'll also manage Marquinhos's minutes there. We're not going to take too many risks against Amiens but we're going to have a strong team."

PSG have won five of their six games with Les Licornes in all competitions - drawing the other - with an aggregate scoreline of 18-3 since their first meeting in August 2017. Amiens have been struggling to beat anybody else this season too. They begin the day with only Toulouse FC below them, their most recent outing a frustrating 2-1 loss to AS Monaco last Saturday.

Amiens' last league win was in November, the day after PSG's last defeat. They were Five minutes from victory against Monaco last weekend but late goals from Wissam Ben Yedder and Islam Slimani turned the tide for the principality side, and Tuchel's opposite number Luka Elsner feels like his luck is running out.

"It makes me mad," he said at his post-match press conference. "Everything's going against us. It feels like fate. We played well for 85 minutes and then lost our concentration. The competitor in me will stay awake thinking about this. It's frustrating because we were stable when Monaco looked exceptional.

"After the match I told my players not to doubt the path we're on, it'll inevitably pay off at some point. Points cannot be bought or stolen. You have to get them by working on the training pitch, going forward and being awake until the 95th minute if necessary."

Dumped out of the Coupe de la Ligue and Coupe de France in January, Amiens have lost six of their nine games following the turn of the year, drawing the other three. A virus means that captain Prince Gouano will not be around to help them bounce back. He is joined by Mathieu Bodmer (calf) and Huddersfield-owned attacker Isaac Mbenza (knock) on the sidelines. 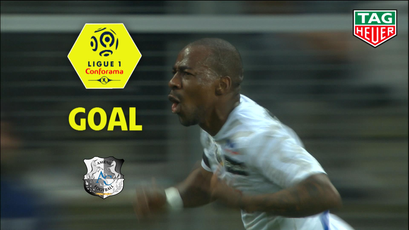 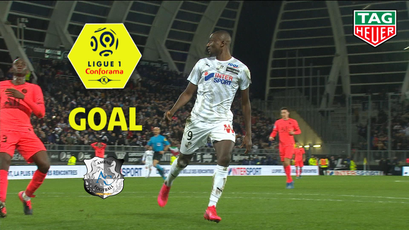